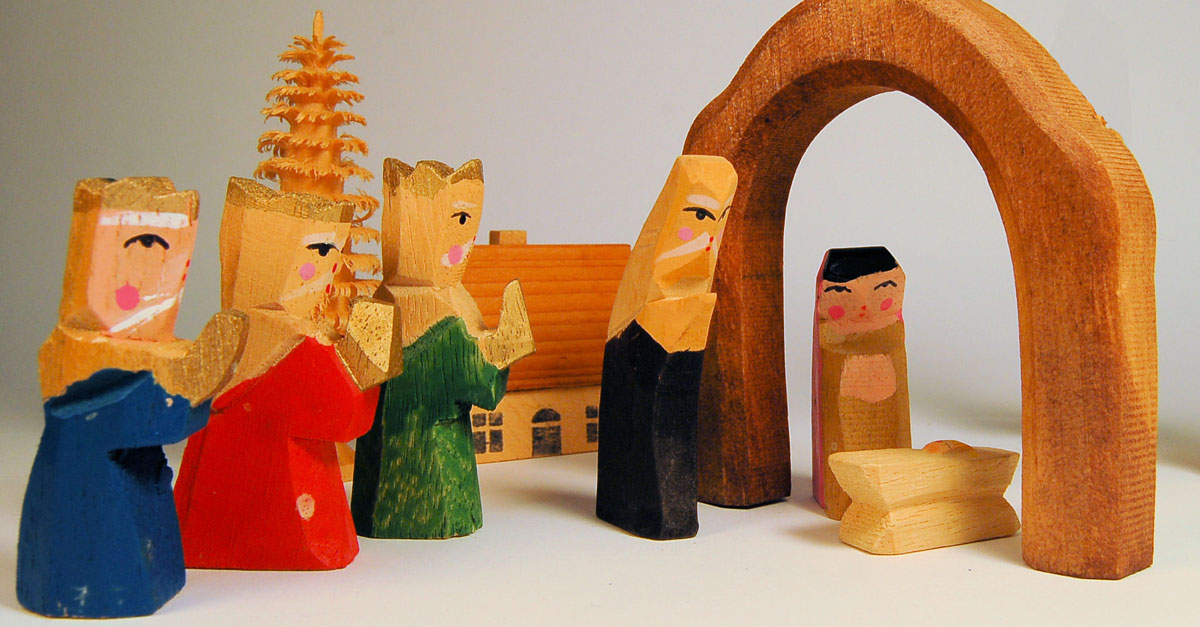 This worship team devotional is part of a four-week series that takes excerpts from The Taming of Christmas written by Jon Nicol. Each devotional contains a brief scripture reading and discussion questions and is designed for use during the Advent season.

Let’s talk about the shepherds. The only people besides his mother and stepfather to greet Jesus on his actual birthday were field hands-shepherds who had been living in the pastures with their sheep. Can you imagine the odors of sweat and field and livestock mingling during those prolonged times of caring for the flock? And besides the smell, shepherds were social outcasts doing the job few others would accept. And yet they were summoned by supernatural beings to welcome the holy child.

What do you think Mary said when they asked, “Can we hold him?”

Jesus was welcomed by the messy.

But the wise men—surely they are a bright spot in the Christmas story. Magi who had studied the ancient manuscripts saw the star and knew a King had been born. They brought him gifts of gold and frankincense and myrrh. And they worshiped him.

But was the worship about a sense of being in the presence of God, or just another “little-g” god to add to their list of deities that they venerated? And when they left him, did their gaze continue to be on the Son of God, or did they return to the stars and astrology for guidance?

Not only was Jesus welcomed by the messy, but he was worshiped by people with messy faith.

He had equal status with God but didn’t think so much of himself that he had to cling to the advantages of that status no matter what. Not at all. When the time came, he set aside the privileges of deity and took on the status of a slave, became human! Having become human, he stayed human. It was an incredibly humbling process. He didn’t claim special privileges. Instead, he lived a selfless, obedient life and then died a selfless, obedient death—and the worst kind of death at that—a crucifixion.

Team Discussion:
God was purposeful in whom he sent to welcome and worship Jesus. In what ways do the shepherds represent you and me?

It was suggested that Jesus became just another Deity worshiped by the wise men. How is our faith often like the wise men?

Worship is a verb, an action. What were some of the actions of the shepherds and the wise men that could be seen as worship? How can we worship Jesus in similar way?

Jon Nicol is a worship pastor in Ohio and has developed a site for worship leaders, teams and musicians called WorshipTeamCoach.com. Jon’s ebook, The Taming of Christmas, is available as a single-copy or as church-licensed copy, which allows you to distribute copies to your local church.

Part one of this devotional series – The reality of the nativity