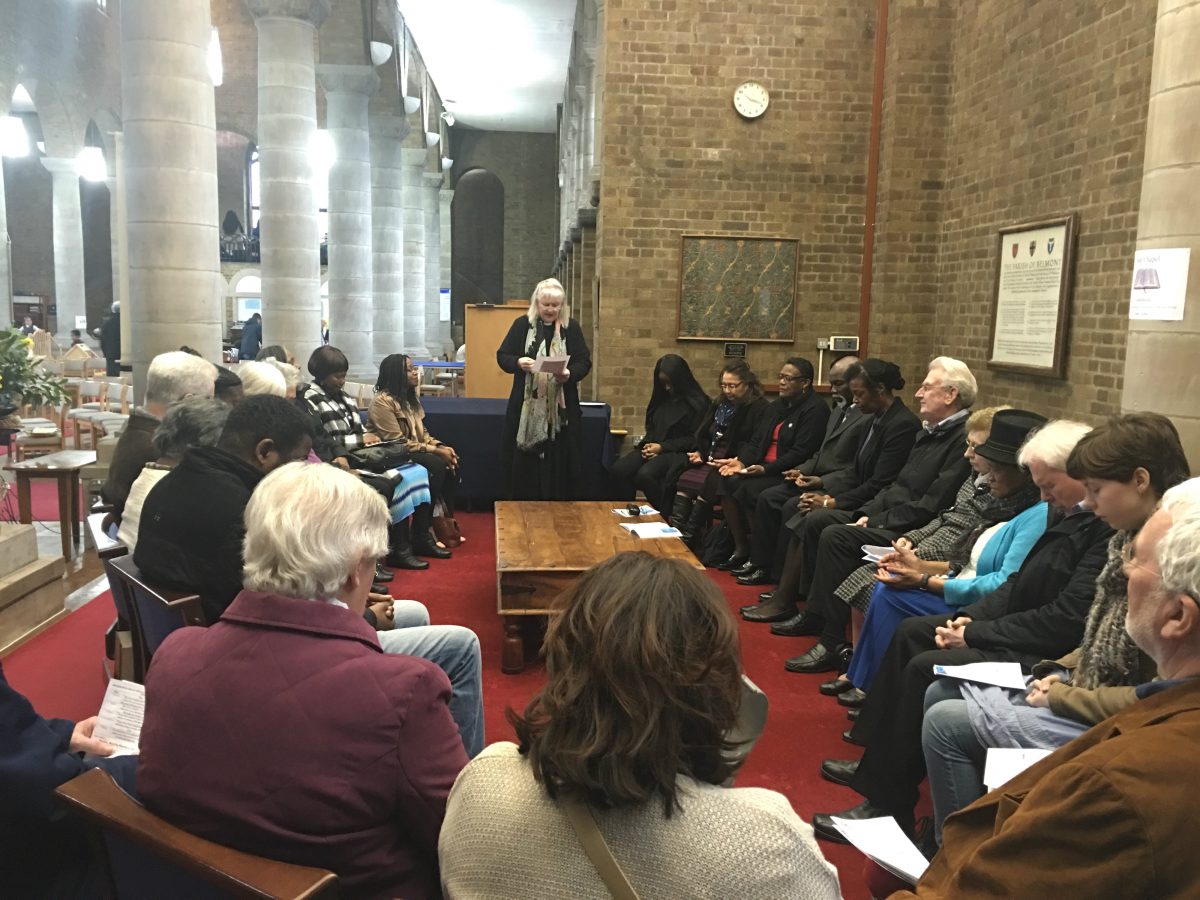 Musicademy ran a training day recently at St Anselm’s Church in Stanmore, Middlesex. Not only were we totally blown away by the generosity and hospitality of their team, but we were impressed with what they had done with the somewhat traditional Anglican building. The rather large main worship space appeared to have different zones and was a far cry from the dusty pews you often find.

We chatted with the Vicar, Christine Robinson (who typically was serving huge china mugs of fresh coffee to our delegates) about the building and became even more intrigued. We asked Christine to tell us the vision behind their use of the space. Here is her article:

We are a gently charismatic, Anglican church in North West London.

We love children and young people: their enquiring minds and open spirits are a constant source of encouragement to us and we welcome them into the heart of the congregation, taking their gifts and talents seriously.

However, like many churches, the decline in attendance amongst our young people has caused us deep concern.

We put it to prayer, which prompted us to look at our Sunday School structure and we soon began to realise that sending people out to age appropriate groups during the service was not only failing to attract younger worshippers, but the demoralising effect of poor and irregular attendance on our volunteers meant that we were also beginning to lose the ones we already had. What had worked splendidly for previous generations of children and young people was not working now.

The press characterises today’s children and youth as “screenagers,” stereotyping them as stuck to their phones, jumping from link to link, and living on easily-digested soundbites. It’s true this generation uses computers and the Internet for many daily activities, but what is less celebrated is that one of the outcomes of access to social networking on a world-wide basis is a genuine and informed concern among our young people for the broken world they live in, and an earnest desire to be part of the solution. As a result, this generation understands, more clearly than any other generation, that the solution to the world’s problems is the transformation of culture. So, for us, the question was, “how can we show them that’s what following Jesus is about?”

We did some digging and discovered what’s capturing this generation’s attention is true community – real conversations with real people, real relationships between the generations. The Bible calls this koinonia. Knowing that integrity and authenticity are everything to this generation, again, the question was, “how can we show them that’s what following Jesus is about?”

So, at the prompting of the Holy Spirit, we decided that instead of sending children and young people out to separate groups, we would keep the whole church together and find a way for everyone to engage with the gospel. Now, instead of the traditional model of Sunday School, we have a time of musical worship, then Bible readings, followed by a seven-minute sermon, then we disperse to five different spaces in the church (not separate rooms but different spaces in the main church) each designed for a different kind of person. 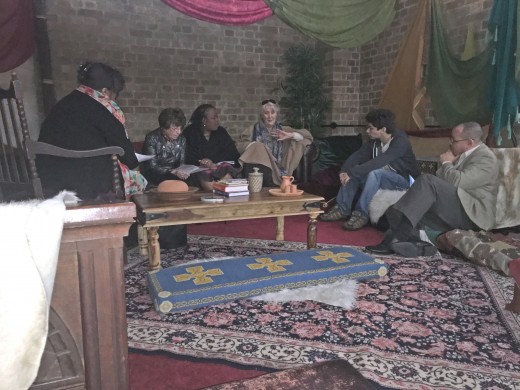 For those who best digest the Gospel through conversation with others, we have ‘Abraham’s Tent’ – a side chapel decorated in the style of a Bedouin tent that’s normally used by our children to help them imagine the world of the Old Testament. 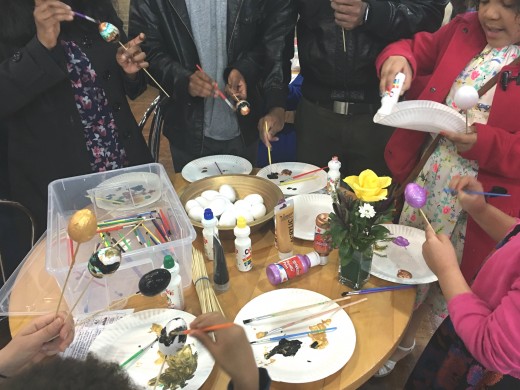 Those who connect with God through the creative arts go to the cafe area where paints, moulding materials, pens etc. are available. 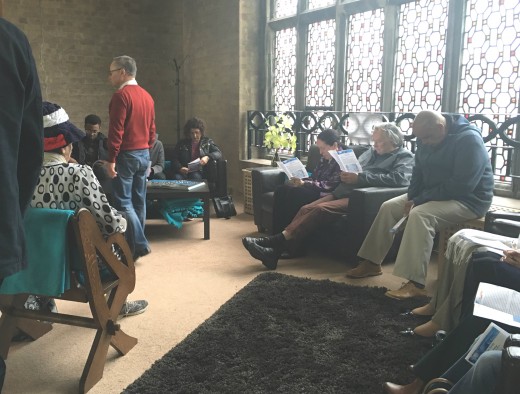 Those who connect with God through silence head for the gallery, an area above the rest of the church, where noise from the main church is filtered and muted. 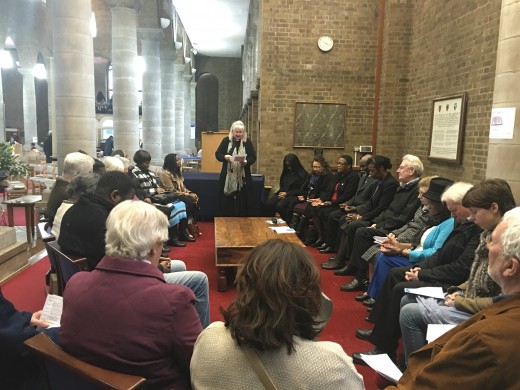 Those who are nourished by dwelling deeply in the word of God go to the second side chapel where they contemplate the scriptures via the Lectio Divinia, a traditional Benedictine practice of bible reading, meditation, and prayer. 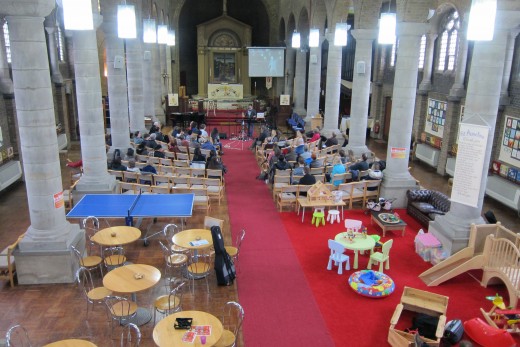 Pre-schoolers, who worship God through play, are accompanied by their carer in the crèche area where they process their relationship with God in the way that suits them best. 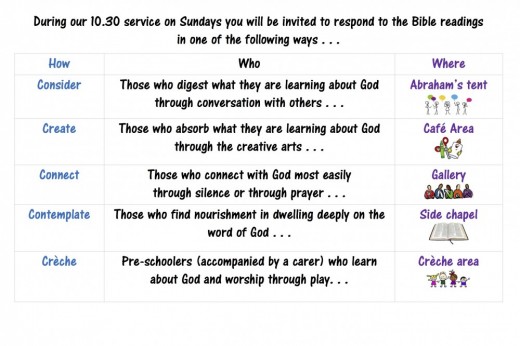 Each week, people are free to join any area, and we’re often surprised by who goes where.

To our delight, feedback indicates that people of every generation are finding it fruitful. We’re getting to know each other better, enjoying each other’s creations (some of which are in the Art Gallery on our website) and, in the short time we’ve been doing Intergenerational Interactive Church our attendance among all age groups is slowly rising.

Best of all, this model of church is low cost and low-maintenance. We have a good supply of art materials left over from our Sunday School classes so we’re just topping up and being creative about different art ideas (Scripture Union is great for this). Moreover, the only training needed is for a few people to learn to lead the Lectio Divina – a simple task.

We provide an 8am Communion Service for those who prefer traditional church but, as word is spreading, more people are choosing the Intergenerational Interactive service. The whole church is greatly pleased to see the children and young people engaging with God and with the community and returning to church regularly.

Thanks so much to Christine for taking the time to share this article. We’d love to hear from you if you have done something similar. Feel free to tell your story in the comments thread below. 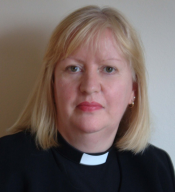 A graduate of Kings College London,  I worked in PR and Marketing before being ordained in 2007. Christine Robinson has been Vicar of St Anselm’s Belmont, a gently charismatic Anglican church, since May 2010.