Ask the Expert: How to mic a flute

Martin Sapsed from Caernarfon emailed with a question:

“My wife plays the flute in our worship group which usually comprises my electro-acoustic guitar, bass, keyboard, my wife’s flute and a couple of singers. Currently the mic usually pointed at the flute is what I think would normally be a singer’s mic – not an SM58 (the singers use those) – but something similar looking made by Behringer. We try to aim the mic at the blow hole on the flute but it’s not easy as my wife moves depending on how many pages of music she has in front of her. Do you have any recommendations for a mic for a flute and where to put it?” 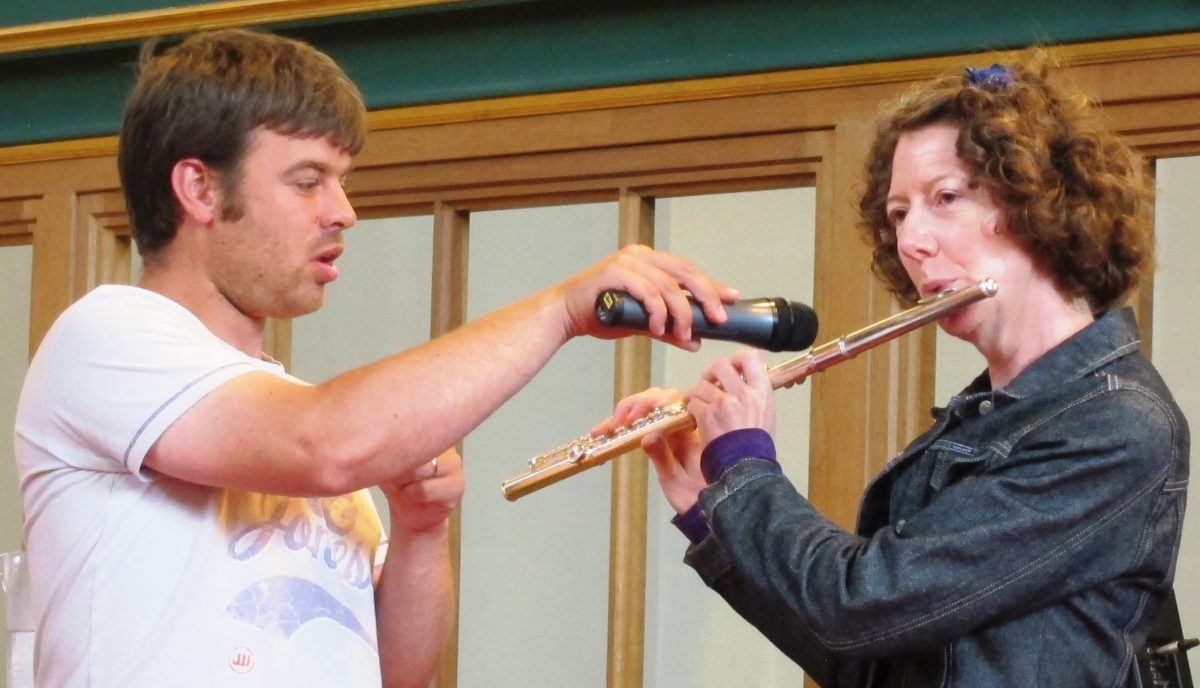 If you’re using an SM58-type mic then I’d normally go a hands-width away from the mouth-piece. But to avoid breathy-noise then I’d often come in from a 45-deg angle. If you’re struggling to get a consistent position then perhaps experimenting with different positions of the music stand and mic will help? Remembering of course, that every time you double the distance between mic and mouth you are halving the volume (which also increases the risk of feedback).

Another out-of-the-box idea is to use a headset mic. In the same way that a preacher moves their head around when they preach; using a headset mic means the mic capsule is a consistent distance from the mouth / flute. There are headset mics available with an XLR on the end (e.g. Shure SM35-XLR) so you can plug straight into the mixing desk. Equally you could use a radio mic belt pack if you already have that resource available.

There is an entire section on “how do I mic up a…”, which also covers orchestral instruments including some mic techniques for a flute, on our  Sound Tech and PA Training for Churches DVDs.

I’d also suggest offsetting the cardioid mic as well as the 45-deg angle. Experiment with positioning it up to 6 inches down the body of the flute and listening to the effects. Putting it in front of the mouthpiece will enable the sound of the flute to cut through the mix well but it will provide a harsher sound. If you want a more classical sound go further down the body of the flute as the sound comes from there rather than just across the mouthpiece. You might also like to look at something like a condenser mic – for instance an AKG-C1000.

Tim Horton is the Sales and Installations Manager at SFL Group and co-presents Musicademy’s Sound Tech and PA Training for Churches DVDs.