Ask the Expert – Is it OK to change keys to make my voice sound better? 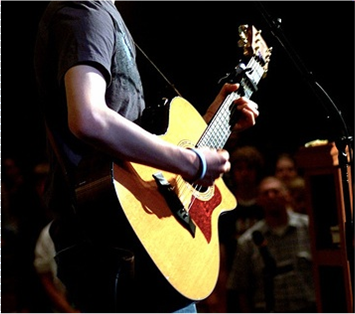 Melissa Schofield-Linnell from Southwell, Notts emailed about using a capo to pitch a song right for her voice.

“I’m a learner guitarist but am also the only vocalist when I lead worship. The main problem is my range. When I play guitar in order that I can sing comfortably I have to use the capo to get the pitch right for my voice. Would it be bad, or totally wrong, to play in the wrong key in order that I can sing without ‘squeaking’ on the high notes?! Would I then put everybody else into the situation that I’m in when the song goes too high. (I usually just drop an octave, but can’t see this working as the lead vocalist!). I don’t need to be perfect because it is a tiny church and everybody accepts we all need to use what skills we have, however basic, but I don’t want to be a complete disaster!

I’m also wondering whether your Vocals DVDs would be worth me buying to help me know what I’m doing and to practise, or is it really for people who are proper lead singers?”

In a nutshell I would say that it’s more than acceptable to use a capo to put songs in a singable range for you. In fact that is the whole reason behind the invention of the capo in the first place! Many churches sing songs in the original album key because that’s the range in which they assume the song should be sung. I hate to break it to you but most worship song studio recordings are pitched in a particular key so to get the strongest sounding vocal performance from the singer. Consideration for a key that is replicable by a congregation is often way down the list. To be fair to the writers though, it’s actually a very, very difficult task to write a dynamic, interesting melody that all people can sing together in, let alone perform it well on an album. So I think song keys for worship should really be considered a bit of a moving target.

As I’m sure you are aware, many of the Redman/Hughes/Tomlin type songs work well for most men to sing but are so unnaturally pitched for women that they often end up singing a harmony just so they can join in. Come Now is the Time to Worship being a classic case in point. By the time you get to the chorus many women have dropped down the octave or given up all together. So feel free to experiment with the key. Unless your voice is in a very unusual range for a lead vocalist I would suggest that changing the key to suit you is likely to work with a cross section of your congregation that have also found standard keys uncomfortable so you probably wont be alone. I’ve played with a number of female worship leaders and they all tend to change the keys of the songs to suit their voice and generally the congregation can’t tell the difference. That said there are some things to bear in mind so here are some quick ideas:

As per the other question, the Vocals DVDs are really intended for anyone who hasn’t had proper singing lessons before. For instance the foundation to a good vocal sound is good breathing technique and just a bit of applied training in that area can dramatically improve the quality of your vocal tone. So it can really help everyone, not just those who would consider themselves to be mainly a vocalist.

If you think about your voice as a muscle and compare singing practice to a work-out at the gym you will begin to understand why regular exercise via warm-up and work-out exercises will improve not only your range but also your vocal tone. Our new Advanced Vocals Workout CD is a bit like having a personal trainer at Vocals Bootcamp so maybe pop that onto your Christmas present wish list (its on sale price  in our webstore when purchased with the vocals warm-up CD)  and remember to practise regularly rather than just the day before you are due to lead.

Other blog posts you may find helpful:

Failsafe way of working out which chords fit in a key