Ask the Expert – Should musicians get paid for playing at weddings? 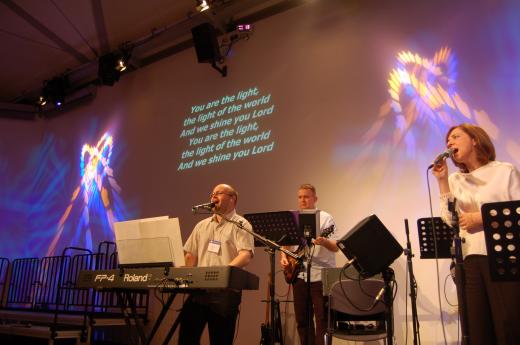 Would be useful to know – how much should a worship band charge for playing at a wedding (i.e. like an organist would )? Not talking about how much for the reception. I wonder if this would be something for your blog, or just whether people may like to give their opinion?

We thought this was a really interesting question. We’re going to answer it from a UK perspective, as the “getting paid to play” culture is a lot more prevalent in the US. US based readers – please give your thoughts and church policies in the comment box below.

I asked Tim Martin, who is the Worship Director at Christ Church Clifton in Bristol for his views. He says “As a church we do have a policy on this and the general practice is that band members are paid about £20 each. This was based on the fact that the organist is paid £120 and we wanted to give couples the option of either an organist or a worship band for the same price. Occasionally the fee may go up to £40 and often the musicians won’t charge if the couple are people from the church”.

Tim says that on average there are only about five or six weddings a year requiring a band and that the band members see it as a nice gesture that they are offered something for giving up their free time on a Saturday. However, he adds “It doesn’t seem very fair that an organist would earn a very decent fee for their time but that when that’s split between the band, each member ends up with something relatively small”.

The Royal Society of Church Music publishes recommended fees for its members to charge. Its current rates are around the £90 mark, with an extra fee levied for a more substantial musical contribution to the service (as extra practice may be required). The fee is also increased when audio or video recording are taking place.

Other churches we surveyed pay from nothing to perhaps £50 per team member. One musician said “At our church there is no culture of being paid to play, so there is a general expectation that we do it for nothing. To be honest, with a full time job outside of church, lots of volunteer church music commitments on Sundays and a midweek rehearsal, the extra expectation of weddings on Saturdays as well is asking a bit much. I have often ended up trying to avoid the wedding playing as a result.” Of course this does depend on whether your musicians have other heavy commitments, are pro, semi pro or happy amateurs, and how much they get asked to use their abilities for free. As with anything, it comes down to balancing the commercial realities against what you feel would honour people’s dignity and reflect their investment in their craft.

What we at Musicademy would add is that few UK based churches ever really invest financially in their worship musicians. There is rarely any budget for training (such as training days, or even a small library of instructional DVDs), and often even basic PA equipment is in short supply. Musicians themselves have invested financially in the purchase of their instruments, music and often many years of lessons. And that’s before the extra time they put in with practising, rehearsals, getting to the service early, clearing up afterwards etc etc. Sometimes there’s an unconscious undercurrent that for musicians, the gift of playing music should be reward enough in itself. This is generally purported by folk who dearly wished they had the talent to play an instrument and if they could they imagine how they would just love to play anywhere and everywhere for free.

Vicky Beeching has recently written an interesting article on the pros and cons of paying Sunday musicians on her blog which is worth reading if you are considering this route.

From another perspective, Andy runs a function band (made up of some of the Musicademy tutors, presenters and contributors) that regularly plays the evening party music. Occasionally he’s been asked to also have the same musicians play the worship at the wedding service itself. Generally he would add on about 40% on top of the price for the evening event. This is because although the musicians may be only playing 4 or 5 songs for 20mins, they will have to rehearse, albeit on the day, but realistically have to probably start at 10am rather than 8pm, and if the location is far away, they can’t exactly pop home. So on these occasions a 16+ hour day door to door for the muso’s is pretty long.

The thing is, very often when budgeting for weddings people will spend thousands on venues, catering, cars, horse drawn carriages, dresses, flowers, fireworks, balloon arches, Chinese lanterns, sugared almonds, bouncey castles, goldfish in flower vases, ice sculptures, etc etc and consider the musicians for the service and party an afterthought. But actually these two areas are quite central to the guest’s enjoyment and memory of the day. Andy was once asked by a couple if he could provide a pro band for the evening entertainment for cheap (£400 for a 5 piece I think) because they had rented a war ship on the river Thames in London for the party and had overspent so could we do them a favour? When they tried to drive down the price perhaps the response should have been “well we could just play worse?”

What do you think?

What happens at your church?