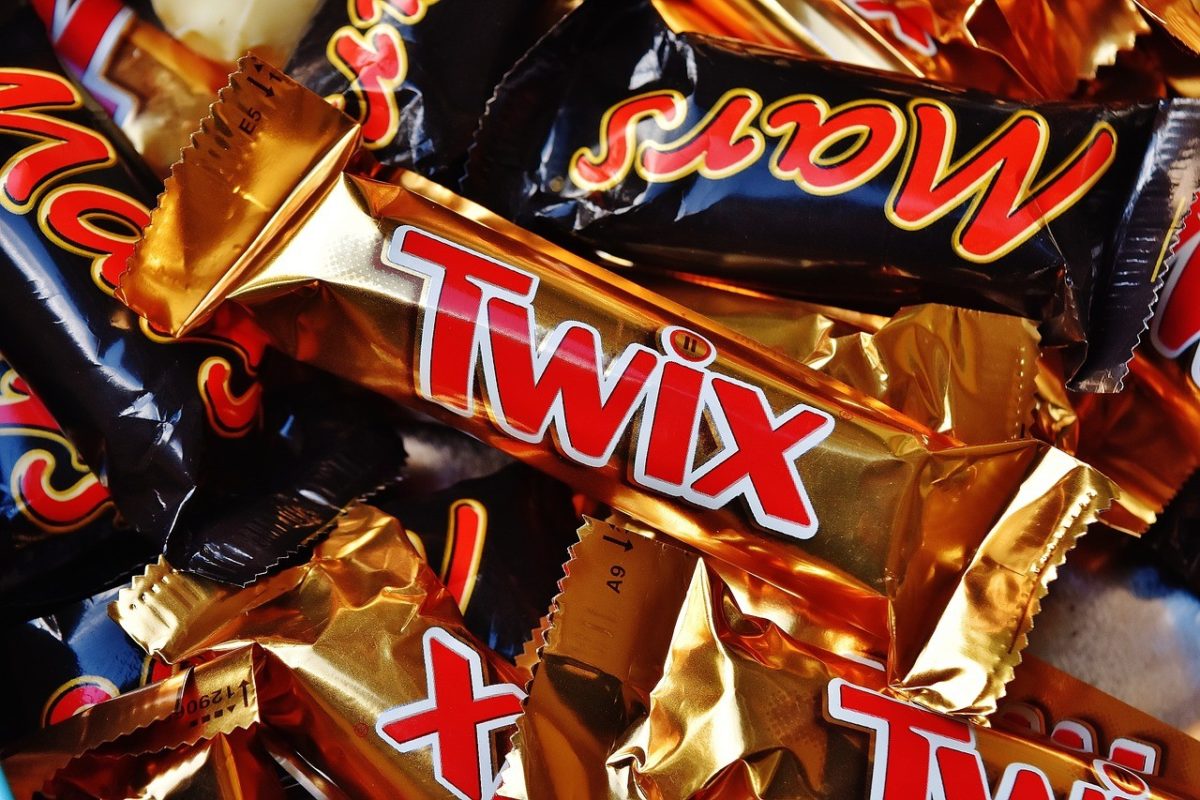 David Keen  writes the St Aidan to Abbey Manor blog and posted this rather wonderful script for a Christmas kids talk or mini sermon. It uses 19 bars of chocolate to tell the nativity story. The chocolate brands mentioned are mainly from the UK so you might need to adapt to brands for your country of residence (suggestions in the comments box please).

Who’s looking forward to getting chocolate for Christmas? Anyone got a chocolate advent calendar?
Do believe chocolate can talk? Have you really, really listened?

Listen to the story they tell.

A long time ago, God made the Galaxy,

And filled it with people, people he made, people he loved, people like you and me, people who were all special to him. And he gave these people everything. Everything except one tree, one Fruit Pastille others which they were told not to eat.

But the people wanted to do things their own way, so they did a Breakaway from God. Trouble is, after the breakaway everything started to go wrong

Because we’d chosen our way instead of God’s way

Everything just got really Haribo (horrible)

Couldn’t find Boost or Lion, so I omitted:
(So to give them a Boost God promised that things would change.
One day a special person would come and put things right
I’m telling you the truth, I’m not Lion.)

Many years later, a young woman was FRIGHTENED OUT OF HER WITS

When an angel suddenly turned up

The Angel wondered if he Malteser fear (‘might ease her’) Don’t be scared he said, You’re going to have a son, the Son of God, call him Jesus

A name that means he’ll save people, he’ll make them friends with God again.

And though Joseph was a bit confused, he was a good egg, you couldn’t hope to meet a Kinder man (Kinder Egg), so he decided to look after Mary, and God’s baby.

So the story goes that Mary and Joseph travelled to Bethlehem

Mary was heavily pregnant, and Joseph wondered if she’d Flake out on the journey

They finally found a room full of animals – might not have been a stable, sometimes people lived in a house with a split floor, animals on one level, people on the next, so maybe the innkeeper let them into his home. We don’t know what sort of animals were there, whether there was a Kit Kat, but by morning there was Jesus Nestle ing in his mothers arms.

All sorts of strange visitors started to turn up.

First some shepherds: they’d been up on the hillside, looking up at the Milky Way

Tell everyone, don’t Wispa, shout it out, God is here.

So straight as an Aero they headed for Bethlehem to find Jesus.

And they were there in a Jaffa

Further away, some wise men were looking up at the planets in the sky: Saturn, Jupiter, Mars, when they saw something amazing. By the way: in the ancient world, Jupiter was the ‘king star’, and at the time of the birth of Jesus, Jupiter appeared in the night sky very close to Saturn, which represented Israel. If you were reading the sky you’d see ‘new king in Israel’.

And came to see Jesus. They didn’t find him at king Herods palace,

But those wise men were smarties, they didn’t give up

And when they found Jesus they brought out their Kingsize gifts, no Twix, just gifts:

Gold for a king, incense for worship, myrrh for death.

And here’s the Crunch (ie)

The baby Jesus is the Son of God, sent by God into the world

He is Divine, wrapped in human skin.

God’s gift to you: but you can only taste how good the gift is if you unwrap it.

I hope you do choose Jesus, but in the end, it’s your selection.

And remember: listen to the chocolates

before you eat them

Tips:
– works best if you actually have the chocolates there, but that depends on what’s available, and whether you can get to the shops through the snow.
– if the chocs are lined up in order, you don’t really need a script.
– I justify the use of Nestle chocolates on the grounds that nothing is beyond redemption.
– apologies to people I’ve emailed this to, the Fruit Pastille section is missing!
– for scientific correctness, you can have lots of Galaxys. Not sure what it will do for your waistline though.
– no copyright involved anywhere, so if you come up with a better version then that’s fantastic