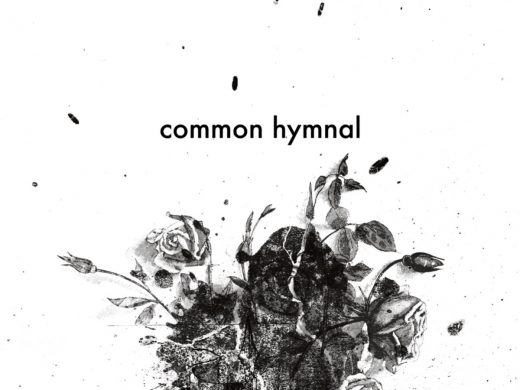 We’ve worked for years with our dear friend Malcolm DuPlessis who was instrumental back when Musicademy was first founded in helping us get our DVDs out there, particularly into the US.

Malclom has been working in recent years on a new project called Common Hymnal. Rather than me describe what it is all about, I’ll use Malcolm’s words:

Songs, stories & ideas from the spiritual underground: a collaborative space in which everyone has a part to play.

This world is full of believers whose voices are not being heard because they don’t fit into mainstream Christian culture. Therefore, the emergence of the spiritual underground, which is buzzing with new life and creativity as a random network of misfits find each other and a place of safety.

These past few years, Common Hymnal has served as a connecting point for this community, and, in the process, built a fairly well-stocked library of new songs, unheard stories and interesting ideas. A key thread: worship with a social conscience.

Recently, we gathered songwriters from the network for a House Show recording. Some songs were “produced” in the living room with a live band. Others were captured “unproduced” in the kitchen, on the porch and around the property. So, from now until November we are releasing a video a week, alternating between our self-titled “produced” project, and our “unproduced” series.

The Common Hymnal/Musicademy connections don’t just begin and end with Malcolm. One of the Common Hymnal artists, Matt Macauley is an old friend of ours having spent several years in Chorleywood here in the UK where we are based (he’s now a Director of Worship in Tennessee).

It is Matthew’s new song, Communion that we are featuring today (ahead of its release to the Common Hymnal community).

“A meal that Jesus shared around a table with his friends. A profound mystery that has been nourishing God’s people for over 2,000 years. A feast and an invitation to know, share, and have communion with Father, Son and Holy Spirit.” (Matthew Macaulay)

Lyrics and chords for Communion

VERSE 2
At this table you reveal
This sacrament, a holy meal
A promise made, a covenant
Never broken, always kept

VERSE 3
The scarlet hope, the purest lamb
Petitions for us at your hand
The lions roar, his fiery breath
Has warmed our hearts to stand again

Matt’s wife, Micah Joy Macauley, talks about the thinking behind the song

For over 2000 years, conversations have abounded on what it really meant. Does it save us? Is it actually his body and blood? Is it just a sober moment of remembrance? How do we take it? Oh wait, we can’t take it, we can only receive it. And which hand goes over the other? Grape juice or wine? Am I welcome here or am I not?

At the end of a long day, the king of the universe sat around a simple table with his friends. Maybe he carved the table with his own wood working hands. He took simple, familiar, delicious things in those rugged hands and offered them to his friends. And then later, he died. Two thousand years of unpacking what really happened leads us to this moment. We gather with friends. We share stories. We offer simple and delicious food to one another. We remember him. We enter into a living reality that Jesus extended his love so far that we can’t fathom it. The arms extended to offer the bread and wine, the arms that extended on that rugged cross, a love that reached from that moment through until this moment, becomes ours. And our reception of it all changes us. We live more open, more generously, more vulnerably and more beautifully.

Find out more about Common Hymnal

Listen to other Common Hymnal songs on their YouTube channel.