Dealing with the challenges of leading worship in small churches 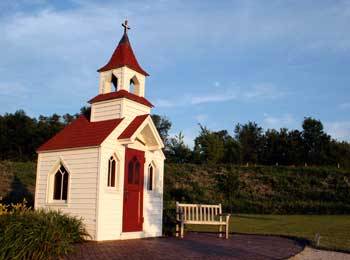 How to lead a worship in a small church

Of course there are challenges that we all face as leaders in small church environments. Some challenges will depend very much on the situation and indeed on the reason why your particular congregation is small in number.

A lot of church congregations have dwindled over the years, in line with the general decline in church attendance in the UK. And even in the US, whilst there are many huge churches, the average size is only about 75 regular participants.

Many churches in this category naturally have congregations mainly comprised of people who have been part of the church for a long time. This being the case, they are often quite happy with the way things are and whilst in theory they may like their numbers to grow, they may well be resistant or at least hesitant to change.

I’ve been lucky enough to be part of some very forward thinking and innovative churches but I know people who really struggle to convince their regulars that anything written since 1991 is worth singing. I think the key here is to make sure that we take the congregation with us wherever we go. We need to meet people where they are at as it were. Practically this might mean playing some more familiar songs (at least to begin with), introducing new songs gradually and possibly explaining the words of those songs to people when they are introduced.

I wouldn’t advocate playing songs simply because they are familiar and people like the tunes, familiar songs aren’t necessarily good! But equally I certainly wouldn’t discount a song because it was old, and usually it is possible to find some songs and hymns that are both familiar and contribute to the worship life of the church. Ultimately I think that relationships are always the most important factor: if people like and respect you and feel that you have their best interests at heart then they are likely to get on board with whatever you do.

Naturally there are other reasons why a church might be small: it could have just been planted or it could be a small division of a larger church. A plant will inevitably be influenced by its parent church but to attempt to replicate the musical worship of a two thousand strong congregation in a plant made up of fifty to a hundred people is unlikely to be successful. Besides, there should be something unique about any congregation’s worship.

Practically this might sometimes mean limiting the number of musicians on a Sunday morning. I have learned from painful experience that a competent duo of guitar and keyboards is much better than a band of six inexperienced kids with a drummer who can’t play in time.

The basic rule is that a team shouldn’t expand beyond its ability to fill key positions with the right people, otherwise you will expend all your effort on making sure everyone is in time/in tune/playing the right thing etc. The band then becomes a ministry to itself rather than a ministry to the congregation as it should be. The trap some people, myself included, fall into is to try and do too much too soon and end up sounding like a poor attempt at copying the bigger churches. Why not find a unique style and approach that your team can make work well and pursue that instead?

But of course growth is good and we do need to be putting a substantial amount of our time and energy into developing our team and investing in its future. Bringing on young and inexperienced musicians and helping them grow to their potential is also one of the most rewarding aspects of being involved in the worship team.

When I first joined St Dionis, the worship team consisted of me and one other guitarist. We rarely played together so there would normally just be one person leading from the front. Eighteen months on we are lucky enough to have two professional standard musicians and several other competent players who are part of the team and we now have an average of about four people playing in the band each week. However the nature of London life means that people are often away or busy at weekends and during key midweek meetings. This makes organisation and team building difficult. Add that to the fact that Fulham is a particularly transitional area where people rarely stay for more than three to five years and all this means that I am constantly on the lookout for new people to fill in, as I am never sure how long our current crop of talent is going to be around for.

Unpredictability is a common factor in all small churches and it makes it even more important to plan for the future. This means bringing new people into the fold and creating the framework in which they can develop and fulfil their potential. We currently have two eleven year old drummers who have started playing on Sunday mornings. We initially tried them out in practices, moving them on to playing on a few songs on Sundays and they are now both on the rota to play regularly on Sunday mornings. We also have a bass player who just decided one day that she wanted to play at church, having never played bass before in her life. I did my best to teach her the basics (despite not actually playing bass properly myself!) and now she is playing week in, week out and doing really well.

I have always found that the key to a great team is to have good relationships with your team members, whether that is meeting up with individuals to run through songs or going for a coffee or bringing everyone together for a practice. It does take a massive investment of time and energy but it is incredibly important for the future of a church and actually one of the most rewarding things that I do. I’m constantly humbled by the amount of talent, enthusiasm and insight my team have and I feel extremely fortunate to be working with them.

The role of worship leader in a small church can sometimes be a frustrating and challenging one but it can also be immensely rewarding. To see your team grow in community together and in their personal walk with God and to see your congregation engaging with the worship which that team provides is something you can’t put a price on. 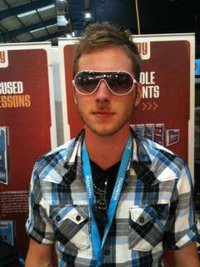 Jamie Maxwell heads up the worship at St Dionis church in London. You can hear his stuff at www.jamiemaxwell.co.uk

Do you have experience of playing worship in a small church setting? What have you learnt? What has been frustrating? What advice would you offer others? Please comment in the box below,

So you’re going to be a worship leader

Worship Backing Band – Musicians Practice Tracks – great for at home practice, or to play along with as a band – keeps you in time and fills in for missing musicians

Worship Backing Band for Churches & Small Groups – for when you don’t have musicians – 54 great sounding backing tracks to play with or without the lead vocal line. Onscreen words and 50 pre programmed set lists.