Flying solo as a worship leader. Some practical tips. 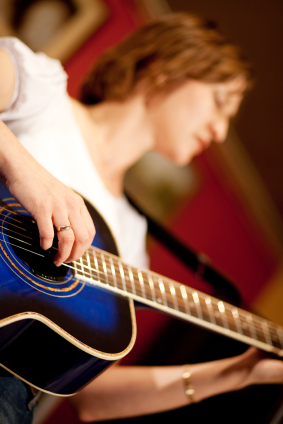 Recently I’ve been in a number of situations where I have either had to lead worship on my own or with only one other instrumentalist. I’ve also been a part of gatherings where others were leading on their own. Most of the time we focus on developing our playing within a band but how should things change if we’re leading on our own.

We might be flying solo for a number of different reasons. It could be that we’re leading for a small group. It could simply be that others are not available to play. It could even be that we have made a decision to get away from the full band for while to make sure that we’re not dependent on a huge sound to engage in worship. (Incidentally, even in a large church, I’ve found this to be extremely helpful in pastoring people toward a deeper level of worship).

The most important element to get right in solo leading

In all likelihood you’re mainly going to find guitar players and keyboardists in this situation. These are the instruments within our arsenal that lend themselves most easily to being used as a lone instrument. What can we do to ensure variety and journey within our worship? The first point to make is that it is no less vital to rehearse when we are playing alone. The temptation just to ‘fly with it’ can be hard to resist but at times practice is vital in this position. The second is that when we play alone a strong sense of rhythm and timing is absolutely vital. If you struggle with this then spend time playing to a click or metronome. Playing rhythmically and in time are vital for leading alone. In this issue we’ll think particularly about techniques for acoustic guitar players.

Getting the song starts right

When we come to rehearse the first thing to think about is introductions. When we’re playing on our own it’s very easy for the beginning of a song to get confused. We vamp on the first chord for a while and then come in when we decide the moment has arrived. Whilst this is sometimes fine, it often leaves a congregation floundering for the first few words. Think carefully about your introduction. In general it should be a regular length (4 or 8 bars) and ought to be played confidently; usually a little louder than the verse or chorus you will begin with. If what you’re playing doesn’t give a natural place to come in, try something else. I will often take the chords of the first line or any linking passage that’s already part of the song.

For acoustic guitarists it becomes all the more vital to employ a good variety of techniques. When I lead alone I often find myself moving between finger picking and strumming to emphasize the dynamics of a song. Practice finger picking techniques. You want to be able to play something very simple, leaving space at the end of the bar right up to more complex patterns which include an element of melody. To get better at these techniques you’ll often need to slow them down. Make sure that all strings are ringing freely and, importantly, practice under the same conditions as those in which you’ll lead. I have frequently practised a song sitting down and then found it more challenging once I’m standing up and leading. Similarly, make sure that you sing properly when you’re rehearsing. It’s amazing how often a syncopated melody line can throw off your picking pattern! You’ll also want to give time to practising the changeover between picking and strumming. This is relatively simple if you don’t use a pick but more complicated if you do. I have spend time practising both holding the pick under my index finger whilst playing a simple finger pattern and also putting the pick on top of the guitar and grabbing it quickly to start strumming – not as easy as it sounds! Finally, practice dynamics. For those who use a pick it’s simply a case of gripping the pick harder or more loosely – try it. With no change in your strumming arm you can achieve an incredible range of dynamics.

If you’re looking for that extra little something special you could also try using a stomp box (like the logarhythm) – this will enable you to add some rhythmic punch as you play. When you first use something like this you do need to try it out carefully though as playing it badly could undermine your rhythmic efforts.

Some practical help from Musicademy and Worship Backing Band

Our original Intermediate Guitar and Keyboard Courses all cover solo worship leading and the Worship Vocals Course covers some of the vocal as well as leadership elements of the “art”. More information on our webstore.

And if you don’t feel that your musicianship is quite up to the challenge (or of course you would simply like a full band sound) then do check out the Worship Backing Band Pro Wav Player.