Getting out of song selection ruts 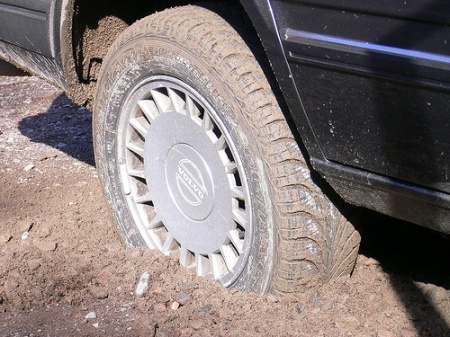 It’s hard to stay fresh when you’re picking song lists week after week. You fall into predictable patterns and get stuck in ruts, resulting in a certain level of despair when you’re looking at a blank screen and have to, yet again, figure out a theme and a flow and transitions and what’s familiar and what’s not and what to teach and what to repeat and what to try and what’s a bad idea.

Here are a few ways I’ve found (with varying levels of success) to get out of song selection ruts:

Revisit a song you already sang
If you don’t know what song to pick to close a service, or to respond to a sermon, think about repeating a song you’ve already sung. It isn’t against the rules to sing the same song twice in one service. Oftentimes if I know what the sermon is on, and I know what song will work well in response to it, I’ll also do that song earlier on in the service. Then after the sermon I might just reprise it.

Also, if there’s a song that will work great after the sermon but your congregation doesn’t know it, think about teaching it during the offering or as a solo earlier in the service. Then while it’s fresh in their minds, sing it later on.

Take a break from picking songs
When you’re in a rut, it might be a sign that you’re burned out. Ask someone else to lead worship for you on a Sunday so you can have a break. If it’s possible, take several Sundays off in a row. You’ll find that after a couple of weeks of not choosing songs, you’re excited to get back into it and you’ll be a little less foggy.

Steal someone else’s ideas
I’m not ashamed to look at what other churches are doing to help me get good ideas. You get into trouble when you try to recreate the dynamics and capture what God is doing at other churches, but why should every worship leader in the world have to reinvent their own wheel every week?

Use different instrumentation
Sometimes what you’re experiencing is not so much a “song selection” rut as it is a “we always use the same instruments” rut. In my case, I always use acoustic guitar, electric guitar, bass, piano, and drums, along with singers. This can get old and this can result in the same songs feeling the same way, which starts to get old as well. Using more sparse instrumentation, or adding something in like a string section, or using a choir, can provide a jolt to your brain as you decide which songs to do, and it can make the same songs feel new again.

Control your intake
I made a decision several years ago to only listen to worship music. I found that when I was listening to other things, it resulted in those other things wanting to come out of me. There are many downsides to listening to only worship music! I’m not exposed to new sounds, I’m behind the times, and I gravitate to the same kinds of arrangements and chord progressions. I have to rely on the influences of fellow musicians, what I hear while out and about, and careful “surveying” of current trends. But personally, and I am not saying this is a right-and-wrong issue, I am a better worship leader, and songs of praise flow more naturally out of my heart, when I control my intake to be only worship music.

When I am experiencing a song selection rut, I’ll put my iPod on shuffle while I run, or instead of listening to the news while on my commute listen to a new worship CD, and very often it’s out of these instances when a song comes into my mind that I wouldn’t have thought of on my own.

Don’t wait until Thursday or Friday to start choosing songs. Start chewing on it on Monday (at least!) or several weeks out. Choosing songs is a great responsibility and you should give yourself enough time to go through several drafts, different combinations, etc., until God gives you peace that you’ve gotten the right list. Don’t rush it. Don’t feel guilty taking a good amount of time to discern what songs are best for your congregation for a particular service.

This first appeared at the Worthily Magnify blog written by Jamie Brown. Thanks for kind permission to use.

Suitable worship songs for a funeral