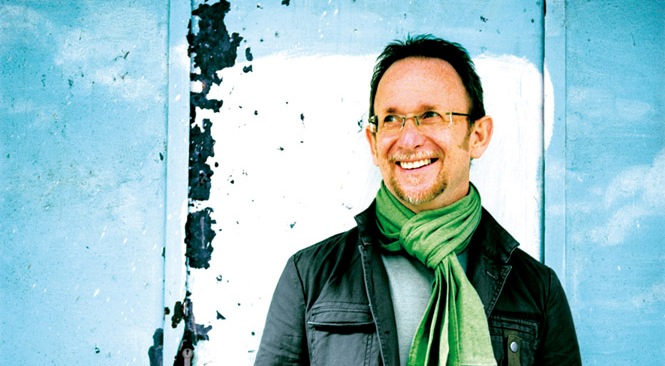 What is the role of the other musicians on the worship team? Are they co-leaders?

Churches can get stuck in a system where the worship leader does everything but if as a worship leader you have singers in your team who can take the lead sometimes it will bring something different to your worship. Churches can feel limited because they haven’t got one person who can do the singing, playing and leading so they have to divide out the jobs. This will need more practice, preparation and working together so that everyone knows where they fit. You really do need to build relationship with your team.

Where Graham has worked with a regular musical team he feels that it has been possible to discover the various gifts the other musicians have and make space for them. He feels the key to this is listening. As he is worshipping he perhaps hears something interesting on the keyboard, will give it space, nodding over to the player. With some musicians you just “know” that there is something they have to bring. When this happens he feels like a facilitator or conductor or worship rather than the worship leader.  This involvement of other musicians in a leadership capacity releases something else to the congregation.

Graham gives the example of working with Raul D’Oliveira and Steve Thompson where he heard in the melody that Steve (a keys player) was playing was a snippet of something that sounded like the Hallelujah Chorus. As he heard that Graham tried to remember the words that came with it so, within the flow of worship, enabled the congregation to sing that phrase too. It brought a wonderful moment that was quite unexpected. As it opened up it became bigger and bigger. Graham’s listening to both his fellow musicians and the Holy Spirit created something very special. He calls this a “double” listening.

As before we’ve recorded the interview with Graham discussing the above which you can listen to by clicking the arrow below.

Audio clip: Adobe Flash Player (version 9 or above) is required to play this audio clip. Download the latest version here. You also need to have JavaScript enabled in your browser.

Other words of wisdom from Graham Kendrick