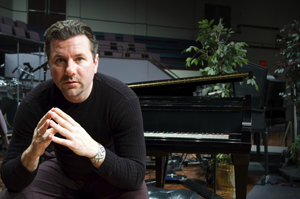 Have We Lost The Heart of Modern Worship, Are Things as Pure as They Once Where? or  Has “Modern Worship” Become Corrupt?

In the early days of praise and worship growing up in the church, it was popular for “defenders of the faith” (those who preferred the established style of music at the time) to attack the new style because they said it lacked substance, and pandered to the culture. Over the years, this criticism actually helped make modern worship songs become better theological representations of Christian teaching. The arguments about style eventually waned and died when clear-headed adults realized that musical style has almost no relevance in a theological instrument. “Let everything that has breath praise the Lord”, at least that is what David said. What was David’s point?  Simply this- no matter the instrument, the sound, the form or even person, the call remains the same “praise the Lord”.  Simply review Psalms 148-150 and you begin to see that God is calling us to praise Him regardless of our place in life (Psalm 148:11,12), regardless of the art form (dance or music – Psalm 149:3), regardless of the instrument (Psalm 149:3-5), even regardless of whether you are a human, angelic being or just a part of creation (Psalm 148:1-12). So while the “worship wars” may have happened in our churches for the last 30 years, it became obvious that David probably had won the argument about format a good 3000 years before we started discussing it in the 20th century- Let everything that has breathe praise the Lord!

But no sooner had the “old” vs “new” fight subsided, than we began to hear rumblings about the “corruption” of modern worship. After 30 years of infancy, its growth into adolescence was met by some amount of disdain by a good group of its progenitors. The original “guard” that was around when praise and worship burst on the church was now becoming vocal about the ongoing change that continued to propel the stylistic growth of the music. But more than just that, there was a “we told you so” attitude developing that began to expound the idea that the community of practitioners was now becoming enamored with the commercialization of the musical genre that had grown up around the music. In other words you could hear this said in a thousand different ways from some people- “this modern worship isn’t as pure and humble as the original stuff”. Also there is the idea that “worship leaders are just trying to become artists with record deals”.

You could tack on a hundred variations to those two previous statements, but most often they boil down to those ideas.

So, let’s talk about it. Is “modern worship” corrupt?

I’ll answer that with another question. Is Christianity corrupt?

I think the truth is that you have to say both no and yes. For the most part, honest followers of Jesus are not bent on corruption of their faith or others. Also within the community of honest followers of Jesus, there are those who are (to varying degrees) corrupted by painful, sad choices and poor character. And finally, there are those who are actually apostates- people who willfully seek false doctrines for their own selfish motivations. Christians- the community of those who declare themselves to be honest followers of Jesus- I believe or not largely corrupt. They are instead, redeemed, and indeed, being more redeemed as they apply their lives to His guidance and instruction. Yet, they are still humans living on earth and are subject to brokenness. So there will always (until He returns) be a schismed vision of the Body of Christ- one which portrays a Bride to which Christ will return. And yet still, one that is in need of His continuing and ongoing work of purification, renewal and mercy. We are redeemed, but in daily need of a tethered existence to His faithful mercy for our lives.

So if this is the place we find ourselves with our existence as a Christian community, what can we say about “modern worship”?

Personally, I don’t think “modern worship” is any more tragically perverted than anything else in “Christiandom”. And the same arguments that I applied above apply to those involved in worship ministry today. On the whole, I believe we have a worship community within Christiandom that is sincerely devoted to Christ and seeks Godly goals in their work within the community of bringing forth praise and worship.

Often times I hear people getting negative as though they are hoping for some “good old days” of worship. It seems people love to jump on the bandwagon of bashing worship these days because they perceive its gone so commercial. Is there a misconception and excess now that has grown up with the creation of an “industry”? Sure there is! But frankly, that has existed in Christian preaching and leadership for years. The same is true of CCM (contemporary Christian music), television personalities, and healing/deliverance ministries. Did we throw them out as wholly “abhorrent”? No! Instead, we learned to weed out the good from bad.

To me, it comes down to each person, each church, each song and each worshiper. As we talk, look, listen and encounter them one at a time, we find a whole different story. When I look at each person and situation, and stop generalizing, and talk to individuals and churches (or investigate specific songs), I find something surprising. The devotion, the heart, the desire and the humility far outweigh the excess. And the devotional pulse of the local congregations is more, not less, participative in the gathered worship times than it has been in decades. Only 30 years ago the gathered church sang songs that almost NEVER spoke intimately with God, now its normative. Wow. That alone is a significant change.

Is it perfect? Is it the ultimate? By no means. Do we need more authenticity and more foundational return to cultivating Biblical consistency mixed with relevant language in our song vocabulary? Absolutely! Can we keep working on humbly following God in all this, without mixed agendas? No doubt.

Should we worry about our young leaders pursuing “music careers” because an industry has grown up around “worship” that has provided a few people with occupations? How sad if we fixate on that.

First, as far as an “industry”, we don’t have to worry there. The Christian (and worship) music “industry is practically vaporised. Today, whether you have a real ministry from God in worship, or an imagined one from vanity, your chances of “making it” are about 0.000833%. Seriously. Because of the 120 million people who claim to be Christians in the US (and that is being very generous, since we know that many people don’t actually go to church!), only a few hundred of those actually make their living as bonafide, full-time, Christian musicians and artists who work in the “music industry”. The point is this- the industry is not just small, it is minuscule. Additionally, it is shrinking at an alarming rate in due no small part to the collapse of the commercial music model at the hands of the internet age. No one is making a living in music these days unless they are providing something real– like the ability to actually perform live music, a gifting to truly minister in a local church, a heart to genuinely care for people. For all intents and purposes, selling “product” is dead. CDs don’t sell, and only 1 in 20 downloads of music are legal. Illegal stealing of music (Christians included) has destroyed the music industry. What remains are simply people and God’s gifts on them. If that is not a return to reality I don’t know what is.

Should we teach young leaders to not fixate and seek a musical career of “glory” at the expense of a contrite devotional heart? Obviously we should teach them. But to judge “modern worship” as corrupt is as short sighted as the praise and worship naysayers 30 years ago because it lays on the heads of every Christian, musician and worshiper a judgement that really only applies to a very, very small minority of hurting people who are looking inappropriately to follow a misguided sense of ministry by relying on a worship industry to make them famous as they “serve God”.

Is there a place for talented young musicians, writers and leaders? Yes there is! Because while there are a tiny number of “jobs” in the Christian music industry, there are literally tens of thousands of jobs for good musicians, leaders and songwriters. “Where?”, you ask. We call them music ministers, worship leaders and choir directors. They are needed and employable in a place called the local church. Should their gifting and exceptional songwriting prove encouraging to their local church, other churches may benefit from it. Should other churches be built up by it and tell others, then eventually that gifting may open up invitation and opportunity for that person to minister in an ever widening scope of local churches. At some point that gifting will carry that person into an industry where they may, for a time, bless an entire nation through God’s blessing on their lives in music. Do we look down on the ones who come and go through an “industry” because it suits our need to criticize? Or do we disdain them because it wasn’t us? Are there some that have tainted motives? Do we have tainted motives? I think we all know that there will always be something of a mixture in anything we seek to do that is virtuous. But as we surrender to God, He is faithful and just to work on our hearts in it all.

And while we will do well to surrender our hearts to his cleansing, purifying work of the Holy Spirit, why don’t we also trust that He will do His work in the hearts of those others we are concerned about, who happen to be the current artists, worship leaders and songwriters of “modern worship”?

Perhaps the challenge is all of ours then, to be open hearts instead of pointing fingers.

Kim Gentes is the founder of WorshipTeam.com and is a worship leader, writer, and pastor currently residing in Franklin, TN.  He also works as the Chief Technology Officer at the Don Moen Company, where he is developing resources to equip the local church in worship.

There are lots more fantastic articles like this on Kim’s blog.