Ask the Expert – How to set up good vocals, mic guitar amps and get good acoustic guitar tone 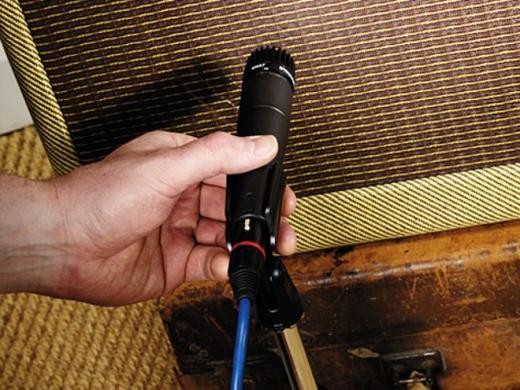 We had a really busy live Ask the Expert session a few weeks ago with our panel of Tech and Church PA specialists.

l wanted to ask how to set up good vocals and how to mic up guitar amps the right way and l’m about to pull the trigger on some SM58s for my guitar amp what do you reckon?

Andy Chamberlain, Musicademy:
I’ve always loved the SM57. Basically the instrument mic version of the SM58 which is more commonly used for vocals. Its range has always suited the sound I like to hear from an amp and in fact often sounds more musical than more detailed high end mics on guitar amps.
Andy Chamberlain in terms of where to place it, don’t just droop it over the top of the amp as I’ve seen so many times. Point it directly at the speaker probably about an inch away from the grill cloth and more towards the edge of the cone – so not direct at the middle.
But do experiment, the near to the centre it is the more bassy it will be so just try it and see.

Tim Horton, SFL:
There are many ways to mic a guitar amp (you could include a bass amp in this discussion also). The most common way on a stage in a live band environment would be to use an SM57 or similar and point it straight at the speaker, no more than 1-inch away. Hit the centre of the speaker cone and it is warmest sounding, as you get closer to the edge of the cone it gets brighter. I tend to go half way between the centre and edge for the best compromise of warmth and bite.

If you’re going to take the plunge and buy a mic then perhaps an SM57 would be better or a Sennheiser e906?

You could also try using two different mics on an amp to get different sounds? A common combo is a Shure SM57 and a Sennheiser e906. Steer clear of condenser mics though; you’ll probably find them too sensitive on a stage – in the studio though they’re perfect!

Regarding acoustic guitar sound; you’ll need to use a DI if possible. In a live music environment you won’t get away with mic’ing up the acoustic guitar. Get a decent DI box (we use Radial J-DIs when working with the worship leaders at Soul Survivor / Hillsong etc) and as long as your speaker system is setup properly and the guitar sounds nice naturally then you shouldn’t need much if any additional EQ. You could add a bit of compression to get added dynamic control of it, but not too much that it deprives the player of their musicality

Setting up a good vocal – you can’t go wrong with an SM58 here. Sing straight into it (it should be touching your top lip!); set the desk gain according to your listening level not what the LED meters say; pop the filter in and even wind out the low-EQ as well. That should get you started…

Good mic technique can make all the difference