How to write a really mediocre worship song 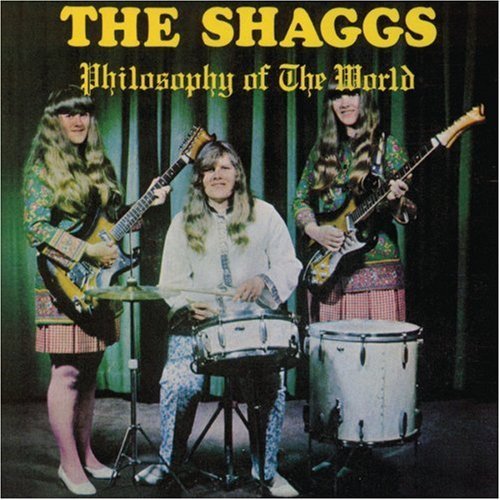 In most cases, one can use these three qualitative judgments- good, mediocre, bad- in descending order. Good is better than mediocre. Mediocre is better than bad. But, in my humble opinion, it’s different in song-writing; good is best, bad is good and mediocre is bad. As an example of proof I would reference the Shaggs “Philosophy of the World” album. Recorded (I believe) in the late Sixties by three sisters who (from what I have read) were forced into it by their father, this is one of the truly bad records of all time. It sounds like they could see each other but couldn’t hear each other while they played their instruments. And the songs!- Yikes! what terrible songs! Listening to this album is like watching a minor traffic accident unfold in front of you; not too hurtful and immensely enjoyable to have experienced. It is so bad, it ranks right up there just under good.

Mediocrity, on the other hand, is excruciating. It has the desire for excellence without the talent to make it happen. It’s the loser of the playoff game, the billiard ball that almost went into the corner pocket, the salutatorian of the graduating class. Having written hundreds of mediocre songs, I consider myself an expert. Consequently, I have deigned to share with you my tips on how to write a really mediocre song. These are road tested and guaranteed to work.

Number One– Start with a melody that sounds like another melody. This is especially effective if you model it after another mediocre melody. Make your melody only different enough to keep you out of a copyright infringement suit. Otherwise, hew as close as possible to what has been done before. “My Sweet Lord” was a good example of this at one time.

Number Two– To make up for the derivative melody, wrap it around some very odd chords. If you’re in the key of C, say, try throwing in a C, G#maj7, B6, F#m combination. This is what I call the “search for the lost chord” and is popular among high school boys working on their first songs.

Number Three– Free yourself from the restrictive song structures of the past. Move away from the verse, chorus, verse, chorus, bridge, chorus form into something that wanders without repeating itself. If you must have a chorus, change the words or the timing every time you repeat it.

Number Four– Say something in the lyric that others have said many times before and better. Borrow lyric ideas, if you can. Songs that refer to “amazing grace” or “the king in majesty” are especially good starting points. Reading through hymnals and chorus books will help you cull/steal ideas from other writers that you can dull down and repeat mindlessly.

Number Five– Use Christian phrases in common usage in the English speaking world. Don’t change them (millions of happy Christians can’t be wrong.) Here’s a list to get you started;
– washed my sins away.
– He lifts me up
– I just came to praise the Lord
– saved
– born again
– glory

Number Six– The reverse of Number Five- Don’t use any phrases that Christians would recognize. Make your metaphors so esoteric that only you and your closest friend from junior high get the meaning. This approach also helps if you want to reach a wider audience with your song. The less your lyrics can be construed to talk explicitly about God the better.

Number Seven– Don’t say just one thing in a song. Say two, or three, or even four things. Wander from idea to idea. Start by singing about your past sinful life, then move on to how wonderful nature is, then sing about the people of God and end up at the Second Coming. If you can make it all sound like it could be either, a)a worship song or, b)a love song, even better.

Number Eight– Mix and match your metaphors. Let rivers run over mountains in your song. Let the hand of God rain down on you. Stand before the throne on your knees. If you find this mixing and matching difficult to do, reading through modern chorus books or many recent Christian  novels will help.

Number Nine– If you’re writing a worship song, talk TO God sometimes and ABOUT God at other times. If you can squeeze them both into the same line, especially in the chorus (if you must have one), all the more mediocre.

Number Ten– Never, ever rewrite your song after the first draft. If you hit a lyrical block, you can use the words “really” or hallelujah”  or “to the Lord” very effectively to keep the song moving. If you must rewrite, do it when you’re tired, depressed or angry. Don’t throw away the first draft, just in case the song inadvertently improves.

Number Eleven– Give the song a title that never appears in the lyric. Make it obtuse or completely meaningless in relation to the song. One word titles patterned after concepts or naturally occurring phenomenon are good. Some ideas are;
– Rainy Day Worship Song #19
– Sun
– The Three Of Us
– Wind
– Mountains And Sea
– anything about shouting
– You
– Before The Throne

There you have it. I’ve topped David Letterman’s list and, like Spinal Tap, have gone “one more higher.” If these guidelines don’t help you write truly, remarkably mediocre songs, then you should consider giving the effort up. Be careful, too, that you stay away from the reverse of these simple rules. If you don’t, you might start writing bad songs, or even good ones.

Bob’s take on How to Write a Really Good Worship Song will be published in a couple of weeks.