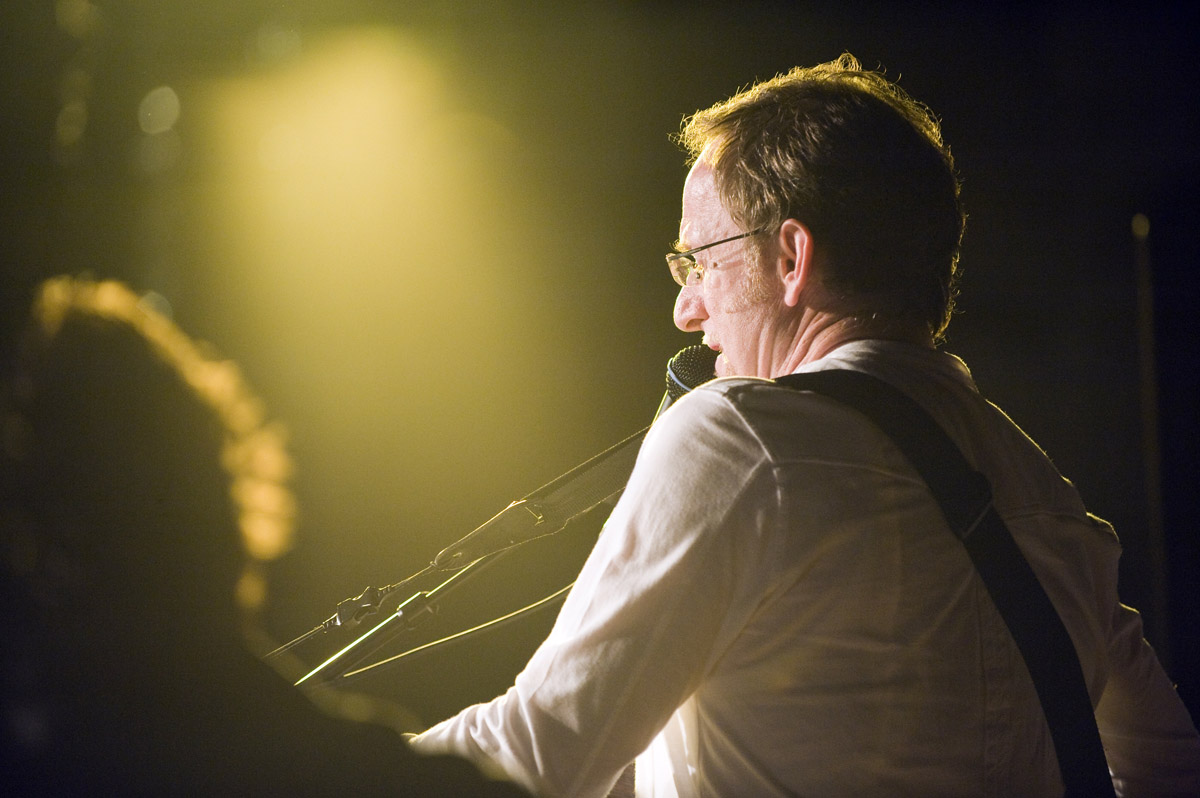 Graham Kendrick listens back to the audio recording and asks whether it might be possible to play it speeded up. He’s worried that, despite never stumbling over his words, and communicating with a real depth of insight, he comes across as speaking too slowly. He confesses that his songs are better than his sermons adding that he doesn’t really consider himself a musician. As we talk, he carefully weighs his words – decades of ruminations into his craft as a song writer and worship leader find their way to the surface. Such self deprecation is typical as it becomes clear that the gentle, serving stage persona is not so different from the reality.

At one point he shocks me by mentioning in an aside that he gets approached by loads of women for his autograph. He then reveals that they share how much their mothers and grandmothers like his music, and could he just sign this CD for them. He may have been around the worship music scene for several decades now and is a grandfather to boot, but he looks just the same as he did when heading up the ground-breaking Make Way Music and March for Jesus movements in the 80s.

He’s a genuine creative, somewhat perplexed by his iPhone, his mind somewhere else when the conversation turns technical. Having shed the Make Way administrative office years ago and moved to Kent as their four girls began leaving the family home, his work is skilfully administrated by wife Jill and he no longer works as the worship figurehead of a local church (he was previously a worship leader with Ichthus in South London –a mission movement with some 30 something congregations). Instead he seems at his happiest going back to his singer songwriter, troubadour roots touring British church venues with a bass player and percussionist, weaving a few Kendrick classics with music that draws a picture and tells a story. Connecting with the church-going folk of middle England, he has brought a more improvised, inclusive form of worship – a mellow contrast to the March for Jesus anthems he was writing 30 years ago.

For several years he has been exploring a more improvised and experimental form of worship dubbed “Psalm surfing”. Similarly he’s also been working on a new concept for corporate prayer using the improvised singing of scriptures called “Blessing Over”. More of both of those in future articles.

So as Musicademy enters a “Graham Kendrick Season”, we will be bringing you a series of video interviews, audio podcasts and a brand new song. Graham has been described as Worship Yoda, a source of wisdom and insight into modern worship music. We’ve barely scratched the surface with several hours of footage recorded, but we are sure that these reflections will both bless and challenge you.

For the audio podcasts, knowing that not everyone has the time or technology to sit uninterrupted listening to the interviews, I have attempted to capture the key elements in a series of articles. The articles are by no means a full transcript so it’s well worth listening to the original recordings. We’ll publish the first next week.