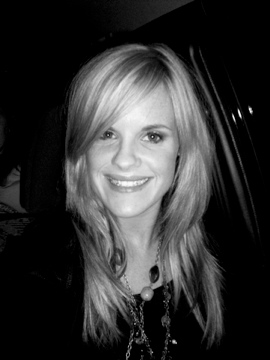 I found this lovely blog post over at Vicky Beeching’s Women in Worship site. Vicky has kindly given us permission to publish it here.

Lyrics that are helpful give a voice to emotions. Lyrics that connect with you and help bring understanding. Lyrics that become your confession when you can’t find what to say. There’s just something about using words to skillfully express feeling and thought that I applaud. Well-written prose moves and meets people in a way that no sermon, DVD, or conversation ever will. And what better storyteller than music?

About a month ago, someone told me the story behind the hymn ‘It Is Well With My Soul’ by Horatio Spafford. There’s this brilliant line in the first verse that says, “When sorrows like sea billows roll.” Spafford, it turns out, was a lawyer who was ruined financially in the great Chicago fire and had planned to travel to Europe with his family, but sent the family ahead while he was delayed on business. While crossing the Atlantic, the ship sank after a collision with another ship, and all four of Spafford’s daughters died. His wife Anna survived, and as Spafford traveled to meet his grieving wife, he was inspired to write these words as his ship passed over the place where his daughters had perished. Suddenly ‘When sorrows like sea billows roll’ was a lot more than a clever line, and ‘It is well with my soul’ was more than just a good chorus. This was his life. A confession in tragedy and a prayer in heartache. A song that, more than 130 years after it was written, is still resonating with those walking through their own valleys, sowing tears and believing in faith. It reminded me that songs always have a story and that new chapters are added to the story for as long as it is sung.

So with that thought in mind, how do you craft great lyrics that give sound expression to your personal revelations, ideas, and experiences? Sure, it’s great if you can use rhyme well, even better if you can avoid using clichés and lines that have been used before. In all honesty, one of the things that has been the most helpful to me in the quest to write great lyrics has been to approach songs like stories. Stories connect with people and help them to connect with God. After all, Jesus was the greatest storyteller. Confused? Let me explain.

First things first, a good story has a good theme. I often find that when I am writing I’ll get more than one great idea for a song. Maybe a lyric idea about God being a divine and completely personal Creator. Another perhaps about never actually having walked on water like Peter, but feeling like I’m ’stepping out of the boat’ in life. And maybe another about Jesus dragging a heavy cross up a lonely hill. Now, if I went ahead and put all these ideas in one song, it might be a little hard to follow and is more likely to end up leading people into a place of head scratching instead of worship. One of the things I think is really important for writers to remember is that putting all your best ideas into one song doesn’t necessarily make it your best song. Often, this can make it feel disjointed. Certainly, talk about an idea from more than one angle and flesh out your personal revelations. However, keep in mind that to have a solid theme running throughout will really help the overall lyrical flow of your song. A song like ‘Amazing Grace’ is a great example. Though it talks about different aspects of salvation and the Christian journey, it never strays from its theme: GRACE.

Something else I often do is to make sure that the song feels like it takes people on a journey. Not just musically, but also lyrically. Music, in and of itself, has this wonderful ability to take people somewhere, but I would hope that in calling ourselves ‘writers’, we would never become lazy in our lyric writing or rely on the music to do all the work and just settle for words that ‘fit’. It’s second nature for me, once a song I’m working on is near completion, to read the lyrics over and over as though they were never going to have music put to them. One of the reasons I do this is to make sure that the lyrics are the best that they can be. We ought to write in such a way that if no one ever ended up hearing the tune, the words alone would still strike a chord and lead people into all truth.

All good writers, somewhere along their own journey, have become great at pulling apart their own work. It’s one of the most important parts in the writing process. Being able to edit and re-edit is essential. Making sure you’re expressing exactly what you are trying to express and that it sings well with your melody is non-negotiable. Even double-checking to make sure that the content of your song is doctrinally correct, and that there isn’t anything unclear or too cryptic, is a really good habit. Every story has a beginning, middle, and end, and so should every song. Start your lyric at the beginning, take it somewhere, and end it well. Sounds simple, but it’s amazing how often we can forget the simple things. Another thing that is true of every great writer I have ever met is that great writers are great readers. I make a point of reading other people’s lyrics, poetry, thoughts, quotes, speeches, etc. I think it helps to expand your thinking and it’s a great way of learning how to place words together, say things in fresh ways and use rhyme well. You are only ever as good as what you are reading, writing and listening to. What you put in will come out. I used to think songwriting was something that was a gift or a natural talent, something you just had or didn’t have. However, I keep being reminded even within my own songwriting community that perseverance is often the great decider in separating good songwriters from standout ones. You just have to stay consistent, and when discouragement comes, STAY CONSISTANT. The greatest stories are yet to be told.

How to write a really good worship song

How to write a really mediocre worship song