Merry Xmas – Are we really taking the Christ out of Christmas? 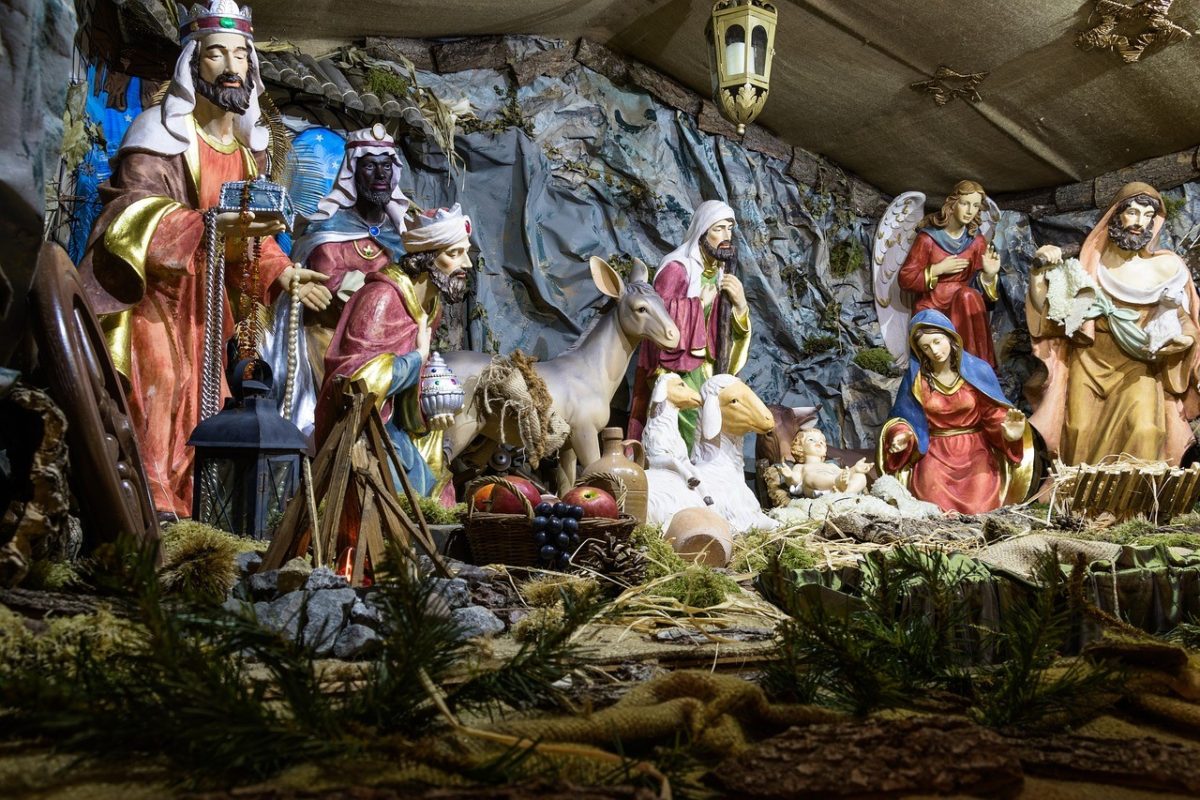 We asked an innocent little question on Facebook today:

“Can anyone tell us why North Americans use the term Happy Holidays rather than Happy Christmas?

And what do you think about that?”

The whole “Happy Holidays” thing sounds really strange to us in the UK, but that’s probably because we don’t have the same run up to the Christmas season as those on the other side of the pond. We don’t have Thanksgiving of course and despite the Musicademy offices being a stone’s throw from Jordans, burial of William Penn, founder of Pennsylvania and location of the Mayflower Barn, made using remnants from the original Quaker vessel.

You can read through the responses to our question yourself but it got us thinking about all sorts of naming relation conventions around Christmas, particularly those that concern the supposed secularisation of a Christian festival.

Firstly, we need to understand that “Holiday” derives from “Holy day”. Our holidays originally came from days in the pagan and Christian calendars for religious celebrations. Many of our most holiest seasons (namely Christmas and Easter) are said to have derived from pagan festivals (George Barna’s book Pagan Christianity gives a fascinating insight into this and many other “Christian” traditions).

Secondly, this kind of question often raises the response “Modern society takes the Christ out of Christmas”. We showcased a fantastic ad campaign earlier this season taking it’s theme as “Christmas Starts With Christ“.

What I’m fascinated by, however, is how few people realise that the X that is substituted in Christmas, actually has Christian and church roots. This excerpt from a longer article on criovoice.org explains it well:

Abbreviations used as Christian symbols have a long history in the church. The letters of the word “Christ” in Greek, the language in which the New Testament was written, or various titles for Jesus early became symbols of Christ and Christianity. For example, the first two letters of the word Christ (cristoV, or as it would be written in older manuscripts, CRISTOS) are the Greek letters chi (c or C) and rho (r or R). These letters were used in the early church to create the chi-rho monogram (see Christian Symbols: Christmas Ornaments), a symbol that by the fourth century became part of the official battle standard of the emperor Constantine.

Another example is the symbol of the fish, one of the earliest symbols of Christians that has been found scratched on the walls of the catacombs of Rome. It likely originated from using the first letter of several titles of Jesus (Jesus Christ Son of God Savior). When combined these initial letters together spelled the Greek word for fish (icquV, ichthus).

The exact origin of the single letter X for Christ cannot be pinpointed with certainty. Some claim that it began in the first century AD along with the other symbols, but evidence is lacking. Others think that it came into widespread use by the thirteenth century along with many other abbreviations and symbols for Christianity and various Christian ideas that were popular in the Middle Ages. However, again, the evidence is sparse.

In any case, by the fifteenth century Xmas emerged as a widely used symbol for Christmas. In 1436 Johannes Gutenberg invented the printing press with moveable type. In the early days of printing typesetting was done by hand and was very tedious and expensive. As a result, abbreviations were common. In religious publications, the church began to use the abbreviation C, or simply X, for the word “Christ” to cut down on the cost of the books and pamphlets. From there, the abbreviation moved into general use in newspapers and other publications, and “Xmas” became an accepted way of printing “Christmas” (along with the abbreviations Xian and Xianity). Even Webster’s dictionary acknowledges that the abbreviation Xmas was in common use by the middle of the sixteenth century.

So there is no grand scheme to dilute Christianity by promoting the use of Xmas instead of Christmas. It is not a modern invention to try to convert Christmas into a secular day, nor is it a device to promote the commercialism of the holiday season. Its origin is thoroughly rooted in the heritage of the Church. It is simply another way to say Christmas, drawing on a long history of symbolic abbreviations used in the church. In fact, as with other abbreviations used in common speech or writing (such as Mr. or etc.), the abbreviation “Xmas” should be pronounced “Christmas” just as if the word were written out in full, rather than saying “exmas.” Understanding this use of Christian symbolism might help us modern day Xians focus on more important issues of the Faith during Advent, and bring a little more Peace to the Xmas Season.

What do you think? Even with the origin of Xmas explained, do you still think it depicts a secularisation of a Christian holy day?