Right…I think I’m getting there! My cunning plan is coming together…sort of. Just to recap I wanted a small lightweight tube amp that would be ideally suited to a worship band environment. It had to have great tone but be no more than 7 or 8 watts because, for the volume that most churches play at, you really don’t need any more than that to drive the amp properly. I also wanted it to be portable, lightweight and be able to store some pedals. Kind of a one box amp solution.

The amp it self was actually the easy part. I decided I wanted something based around the tweed Fender Champ circuit from the late 50’s/ early 60’s. The Champ was originally intended as a practice amp but found its home in studios as it had great tone at modest volume and has probably been used on more classic rock and pop records than any other amp.

So it has the tone but it’s also simple which means small and light. Basically one channel with a volume control, two inputs and that’s it! However the original Champ combo just had an 8inch speaker which hugely limited its appeal for live situations, which is why some boutique makers are putting them into larger cabs with great effect and that’s exactly what I’m looking to do here.

After weighing up all the options I mentioned in the previous blog I eventually went for a Champster chassis from Lil’ Dawg amps and decided to source the cabinet myself to my specs that could incorporate a decent 12 inch speaker the pedal board etc. 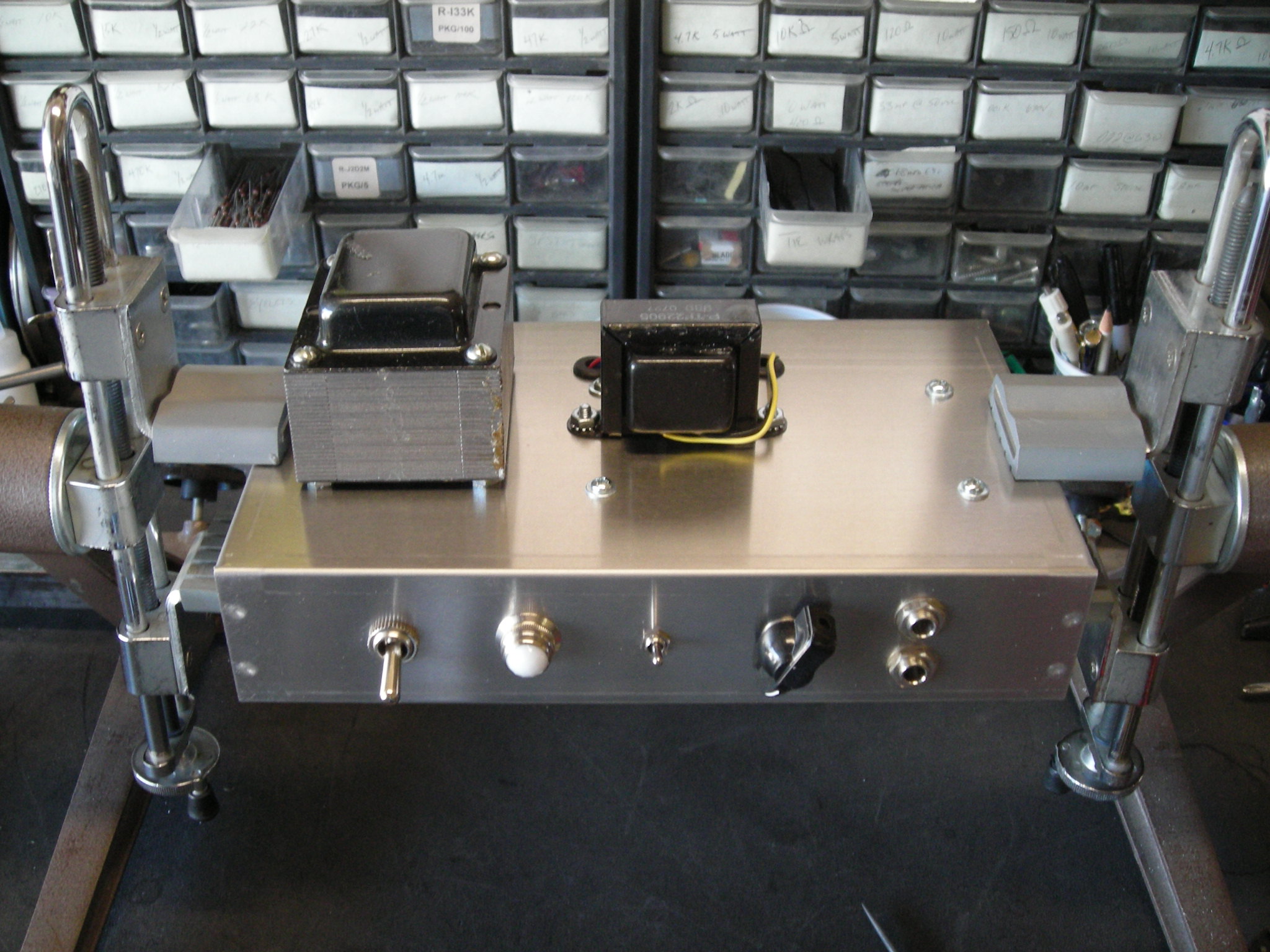 Lil’ Dawgs main man, Jim, hand-builds three flavours of Champ based chassis in 5 watt 8 watt or 12 watt output ranges starting at an incredible $279! I also found out that he happens to be a Christian too so understands exactly what I was trying to achieve from a worship band perspective.

I went for the aluminium version rather than prettier and more expensive chrome chassis and opted for the narrow panel design which is top mounting behind the speaker rather than a ‘head’ style which could be mounted on the bottom of the cab or on the top but upside down.

Jim patiently talked me through the options and whilst still trying to keep to my $500 complete budget I couldn’t help but add one or two extras!

So I went for ‘New Old Stock’ tubes, an upgraded Heyboer Output transformer that would allow me to switch between 110v and 240v, a line out facility so I can go straight to the PA, a no-negative feedback switch which without being too techie lets the amp sound more bassy or trebly, plus an extra GZ34 rectifier tube that will let me run larger output tubes like the 6L6 if I need a bit more power and volume. 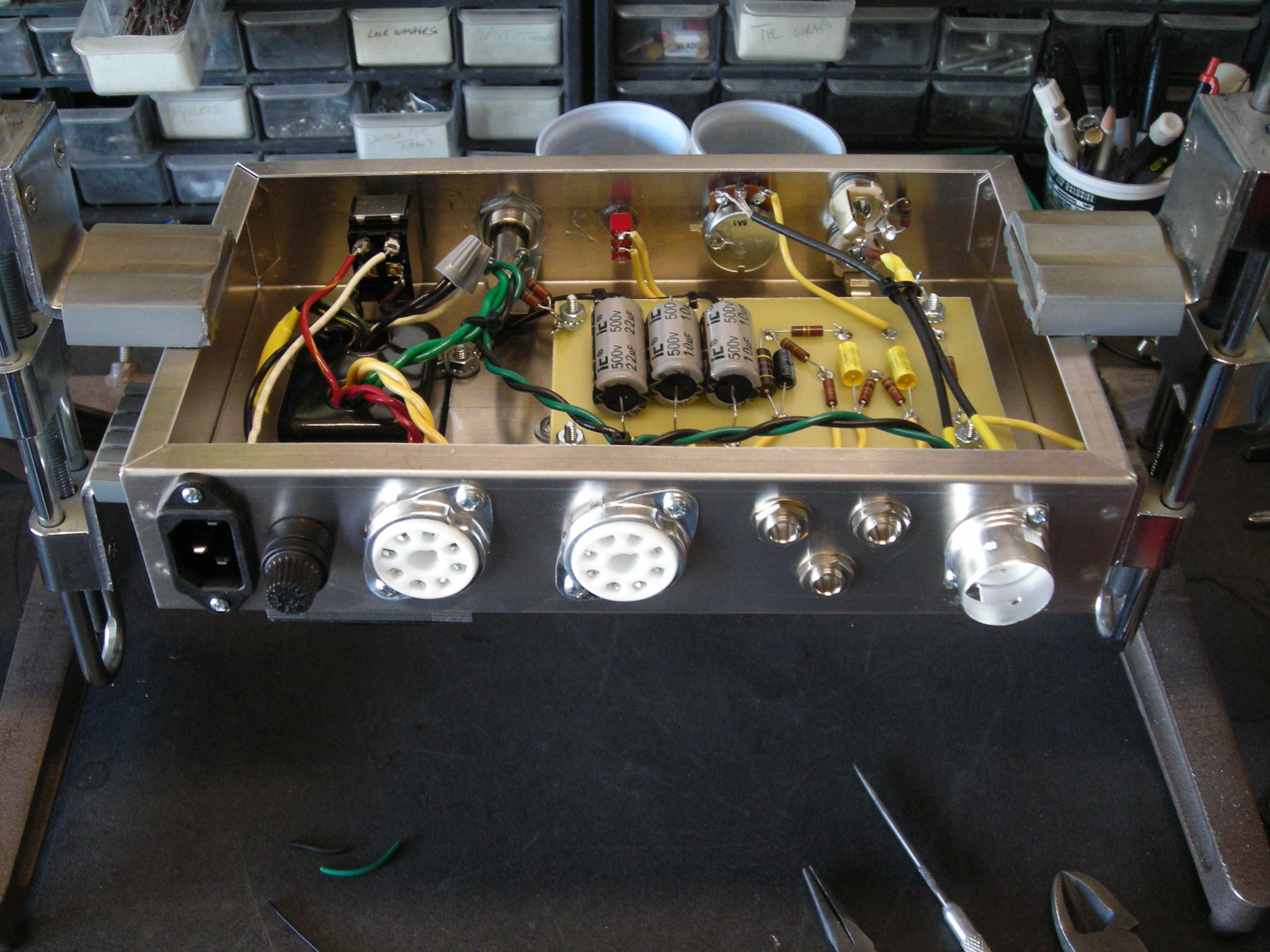 Jim emailed me on progress and even sent me photos of the chassis while it was being made. How’s that for service? So as you can see it’s a top quality product all for a measly $325 US dollars!

I know for us Brits with the current exchange rate that isn’t anything like the bargain it was but it’s still VERY cheap compared to similar UK priced products and hey, I even got to choose what colour knob and jewel light I wanted!

So all I have to source now is a speaker and cabinet. Which of course, isn’t quite as simple as it sounds… I’ll keep you posted.