The Sister Act Syndrome – how churches cope with change 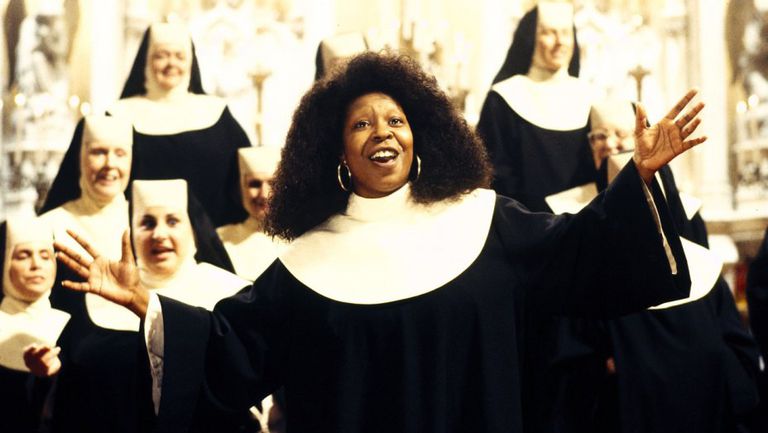 In 1992, the movie Sister Act was released and became an instant hit. Whoopee Goldberg plays a lounge singer in Reno, Nevada who one evening witnesses her mobster boyfriend murder a Limo driver. She agrees to testify against him, but is placed in protective custody in a convent with a really lousy choir and attached to a really lousy church.

In a matter of months, but more like two hours for those of us watching the movie, she’s transformed the choir, and leads them in singing to a packed church, including the Pope himself! And he even claps!

We love movies like this. We love stories like this. In real life we know that this scenario is completely ludicrous, but it’s nice to have a two-hour respite from reality.

Even though we might know in our heads that it’s impossible to see this kind and this amount of change happen in such a short period of time – whether we’d admit it or not, we still expect to see it in ministry. If Whoopee could do it, then so can we! Right?

This is what I call the Sister Act Syndrome. You look at your worship team, or your congregation, or your pastor, and you see so much change that needs to take place. And you want it all to happen all at once. And you want to be the person to make it happen. Sure, it’s ludicrous. But that’s in every other church! Not yours… This is what’s happening in our minds as we ignore the reality of life and ministry.

Some churches are like canoes. The good thing about canoes is that you can change their direction pretty quickly. The bad thing about them is that they’re pretty easy to flip over and capsize.

I’m convinced that far too many worship leaders suffer from the Sister Act Syndrome. They expect to see a lot of change happen really quickly. Then it doesn’t. Then they go to another church. Repeat process.

Your church – and the Church – needs more worship leaders who are patient. Who learn to love their pastor, their congregation, and their worship team, and instead of expecting to see radical change overnight, understand that it’s going to be more like over a decade.

There are a lot of difficult things about waiting this long to see change happen. But there are many good things. One good thing that comes out of waiting is that you’ll come to see that there’s just as much inside of you that needs to change. It’s easy to come into a church and crack the whip and boss people around and demand that everything goes your way. It’s hard to commit yourself to a community and serve them to see God’s purposes work out in his time.

There are times for quick decision making and vision casting and direction changing. But most of the time, 99% of the time, what’s required of us is to do our job faithfully, in the Spirit’s power, and let him move the aircraft carrier however he wants. If he wants to bring a tremendous wave that will re-point it in a matter of minutes, then he can. Maybe he will. But most often it takes a bit longer. It doesn’t make for good movies, but it does make for healthy churches.

Thanks to Jamie Brown of Worthily Magnify for this post.