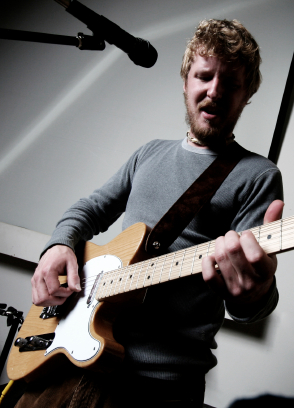 The life of a worship leader is a happy one. These people get all the fame, the royalties, the best-looking girls (or boys), they get to travel around the world and sing their carefully crafted compositions to lots of loyal followers. They are perfect in every way…

No. The truth is they get irritable, they have bad breath and sometimes they do write some quite awful, cringe-inducing songs that sound like palid impressions of (most) Coldplay tunes. They are impatient, egotistical, insecure and most of the time they can’t play their instruments properly. They are normal… like us.

So, in a bid to help these poor, wounded souls along the way, here’s our Top Ten Worship Leader Do’s and Don’ts. If you are a worship leader this collection of gems won’t make you a nicer person, but hopefully it’ll make you even better at helping your congregation praise and worship Jesus with gusto and integrity.

1 . Do… make yourself clear.
We have said this time and time again, but agree a set of (obvious) signals. By osmosis the worship-leading ‘trade’ appears have adopted an almost masonic, yet well-known set of ticks and tricks. A leg-cock tends generally means a chorus is about to happen, a cocked leg with a shaky foot means a bridge is imminent and an obvious guitar chop means it’s time to end. The ending is important and you have to pre-agree the format. Are you going to end with a slowing ‘rout’ or a definitive final note at the end of a bar? Communicate what method you plan to execute during the rehearsal. Of course, there should be room for improv solos and numerous repeats within the body of the song but do make it clear to the individual musician what you want from them without them having to perform some kind of David Blaine-esque mind-reading technique.

2.  Don’t… keep playing your own songs
There are plenty of reasons to play your own songs at church – it’s personal, it underscores your church’s sense of community and it celebrates God’s creativity. There is, however, an unavoidable poignancy when you are singing your own songs and, without doubt, you will have more affection for them rather than others so be careful not to be your own publicity machine. Repeated medleys featuring your own ‘hits’ could prompt dreams of lucrative record deals, worldwide fame and houses in the country. That may be God’s will for your life, but it’s not for you to force it – he’ll open the doors for that if he wants it.

3.  Do… provide printed information to musicians
A set list is a given, but printing out the songs with lyrics and chords helps everyone. Don’t ignore the drummer – he or she wants to know how many versus and choruses there are. If there’s a rhythm pattern change on certain chords, it’s easy to refer to the printed matter without having to embark on a long conversation about where and when it comes. Don’t ignore musicians who sight-read: they need charts and it’s your job to find out beforehand if they do and provide them with the appropriate material at the rehearsal.

4.  Don’t…stick to a tried-and-tested formula
The worst thing that can happen during a service is the feeling that this is a just a ‘job’ for the worship leader and that the congregation is simply fulfilling a routine. Read the Bible – there’s no routine. One day David was looking after a few sheep then he was beating up lions and felling giants. Sometimes laziness creeps in, promoting an unhealthy reliance on tried-and-tested favourites. Congregations will tire of singing the same tunes each week and that leads to apathy. Bring the congregation into new places without having to rely on standards and formulaic set lists and sounds.

5.  Do…choose the correct key
Congregations want to sing without having to think about staying in tune and if they are, you have chosen the wrong key. It is tempting to choose the key that suits your voice and makes you sound good, but try to be sensitive to others and the limited range they may have. The key that’s listed on the official lyric chart might be fine for the writer but not necessarily for you or the congregation, so don’t take that as ‘gospel’. It’s always a horror when your congregation sounds like they’ve sucked on a helium balloon, or that they are singing a funeral lament. Sound out the rest of the musicians in the rehearsal if you have any doubts about the key you have chosen.

6.  Don’t…. overcomplicate things
Stops, starts, key changes, slowing down, starting up, solos, a cappella, medleys, loops are all in the worship leader’s chocolate box, but it is important not to gorge on them all at once. Stops are the musical equivalent of the caramel truffle and they can be irritating if used with gay abandon. Repeated stops confuse the congregation and let’s face it, they are unrelentingly dull. This is a practice that only musicians enjoy because it demands precision and if it comes off it gives them licence to pat themselves nicely on the back, content with a job well done. If the stops don’t come off they sound terrible – it’s just loud Morse code.

7  Do… learn basic musical theory
Your main vehicle as a worship leader in a contemporary church setting is music. Now that sounds extremely simplistic but there are still worship leaders out there who don’t know what a bar or a time signature is, or indeed anything about note values and why they are important.
You don’t have to be a virtuoso to be a worship leader, but a few basics that allow you to communicate properly in this context will do you no harm at all. A worship leader who is able to count a few bars is like finely honed gold and one who is able to transpose quickly and effectively is, well, a Godsend. If you are the traditional acoustic guitar-leading worship leader, learn some simple skills on other musical instruments and, if you are feeling particularly saucy, learn a few scales. If you do, the lead guitarist, who looks at you quizzically every week, will become a new-found friend. That could be a bad thing…

8.  Don’t… expect the band to second-guess what you are doing.
This is wholly frustrating, particularly for drummers. The staple song-ending sign for a guitar-playing worship leader is to perform a sort of chopping action. Now you don’t have to bash the headstock on the ground, but a centimetre-length solitary ‘chop’ isn’t going to do the job. If you want your drummer to end the same time as you and not make the finale sound like a drunk falling down the stairs, then make this action much more obvious. Nor is a nod and a wink sufficient – it looks like you are up to something dodgy and band members genuinely don’t know whether you have a straight-from-the-horse’s-mouth tip about the next winner at the Cheltenham hurdles or whether you are planning to repeat the chorus.

9.  Do… think outside of the box
When you are putting together your set list be prepared to extend your boundaries and try not to repeat the songs that you played the previous week. Every song suffers when it is overplayed so it’s important you keep its metaphorical power dry. Shake things up a bit – drag out an old hymn or chorus. How about starting off with a tender song rather than a rip-roarer? Look in your diary – is this a pertinent date in history and is there message to be drawn from that? God loves creativity, and in your preparations, be creative.

10. Don’t… take the musicians for granted
Playing for a grumpy, unappreciative worship leader is like dragging a dead horse through soft sand. Even the most gifted, accomplished musician likes to be told that he or she has made a valuable contribution. Don’t overdo the platitudes – breathing requires little talent – but a kind word or a ‘well played’ will always be well received. If a musician has ideas for a song and you’ve had to reject them because it simply doesn’t fit, encourage them for trying something different – maybe you can use it in another context. Try not to sound like a cheesy Christian with all this – there’s nothing worse than rampaging insincerity.

Sign up to get 22 FREE worship music lessons taken from our portfolio of DVDs and online learning.

And do “Like” us on Facebook – we’ve got a whole series of Top 10 Do’s and Don’ts which we are releasing over the next few weeks. You’ll also find lots of responses to this article on the Facebook Page.

What three things do you wish worship leaders would stop doing?

17 common worship leading mistakes and how to avoid them