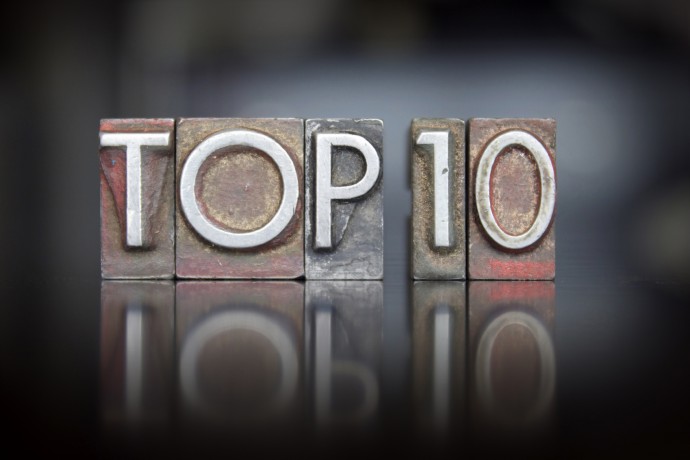 How to play keyboard in church

I feel for some keyboard players, many are the most well trained musicians in the band, most learned their instrument through the school system, were introduced to sight reading at an early age and they understand the principles of music.

They know the musical terms and the fundamentals of chord structure where many guitarists don’t have a clue, simply because most guitarists learned by copying and playing ‘shapes’ and can often make a decent noise without knowing any of the building blocks of music theory.

In fact there are many well known guitar playing worship leaders who can’t read music and maybe not even understand how many notes there are in the chords they’re playing.

But here’s the rub, they are good worship leaders and musicians because of the sounds they hear and the beauty in the music they create. Not because of their amassed technical knowledge. Of course everyone needs to learn and understand as much about music along the way if they are serious about their craft, but technical knowledge never, ever trumps musical creativity that simply ‘sounds great’ to the listener.

Keyboard players and especially those who have been classically trained can feel a bit short changed when it comes to working in a modern worship band, simply because they have been trained play to everything. By everything I mean the melody, the harmony the rhythm, the bass – all the parts! Yet in a band there’s a bunch of other instruments to take care of some of that stuff so all those years of formal training and hard work can feel pretty redundant and wasted. So lots of piano players find it really difficult to hold back and find a space in the sound because they have the technical ability to do so much more.

So where’s the middle ground? A good musician on another instrument can learn loads from these super educated keys players. Conversely a classically trained pianist can learn loads from the other instruments about finding a part that fits, hand in glove with what everyone else in the band is doing. So here’s some top ten tips style hints and ideas

1 Don’t… play all the parts

This is by far the biggest one and its not by accident that some of the above paragraph is repeated just to underline the point; Because the keyboard has the ability to play the rhythm, melody, harmony, bass line, as well as adding passing notes, texture and colour, lots of players, particularly those who can, feel the need to play everything. Remember the rule of 1. If you are the only person in the band, play all the music, if there are five people in the band, play 1/5 of the music. Sounds obvious doesn’t it? But most church worship bands sound bad not because they’re not doing enough, it’s mostly because they are playing too much!

2 Don’t… fight with the bass player

Remember the bass player should only really be nailing down the bass and nothing else. That’s their role. You have the ability to do that and so much more, so you need to give them space to do their thing. That means making sure your left hand doesn’t clash with the bass players notes. Be really careful which octaves you use and if you’re inclined to chose chord inversions, make sure that you follow the bass players inversion choices and not the other way round. If you can’t help yourself tie your left hand behind your back. I’m serious!

A good worship band keyboard player uses chord voicings that employ what’s called a smooth voice leading (much like a good background harmony vocalist). Ie they really know their 1st and 2nd iversions for each chord in the key so when they move from chord to chord they choose a voicing that’s as near as possible to the last chord they played. It looks effortless but dramatically weaves the whole band sound a lot closer together. (If you struggle with this the Musicademy Beginner and Intermediate Keyboards DVDs go into a lot of detail about voicings and inversions).

4 Don’t… fight with the electric guitarist

Because the keyboard right hand and the electric guitar will mostly be playing in the same register, there’s a temptation to fight for any available space, which is one of the main causes again of a band sounding too busy. So look at each other’s hands to see which register they are playing in and try to either bond to what they’re doing or choose a different register. The same thing for rhythms; look at each other’s hands and listen to lock in together.

5 Do try Hammond if there’s too much rhythm

Sometimes the electric guitar or drums or acoustic is doing something really rhythmic and adding a piano part can just get too busy. If so, long notes on Hammond organ can be the perfect antidote. It adds a sense of colour and force to the sound but keeping space for all those rhythms wide open.

Some keyboard players just love to use rhythmic pushes all the time to help drive the dynamic of the song along. They’ll play the upcoming right hand chord or worse a bass note on the last 16th note of the previous bar when it should be firmly on the one beat of the new bar just waaaay too much. Often it sounds fun and dancy to them, sometimes its habit, but mostly it upsets the balance of the groove and makes the whole song sound blurry and too busy rhythmically. So hold back, try and lock in with the bass an drum groove and choose those accented pushes carefully.

As you will well know, a basic chord has three notes, the 1st the 3rd and the 5th. It’s amazing how much that 3rd note that defines its major or minor sound can stick out in a band situation and often sound too hard or obvious. So to give the overall sound a lot more space, try playing suspended 2nd chords with the right hand instead, i.e. a 1st 2nd and 5th and leave out the 3rd all together. Because sus2 chords are technically neither major nor minor they can work over both and lend a sense of ambiguity to the sound. Perfect if your band already sounds too busy.

8 Do… keep your musical prejudices in check.

The piano and the organ are a key (excuse the pun) part of church history. Amazing Grace is arguably the greatest songs of all time and, to be fair, there’s nothing like a good organ sound to back this up. There are some keyboard players who still think they are in a time where Charles Wesley or John Newton are regarded as contemporary songwriters and as such, everything has to have that classical feel, often because that’s the style of music they like. But if you are playing in a contemporary worship band, you have to adopt the musical language of the songs that are written in that genre. So play to the style of the song and don’t try to foist your prejudices on it particularly when it’s something that has been written in this century.

You know what a crotchet is and you understand what a time signature is. You have few problems playing to a three/four waltz rhythm while the drummer is still scratching his or her head trying to work out where to put the snare drum accent. Help them out. Explain what you think is going wrong, or even when it is going on. Not everyone has your knowledge so don’t huff and puff when you are confronted by a person who has no formal training. This is your chance to serve, and it’s part of your worship too.

10 Don’t… stick string sounds under everything

Strings sounds are lovely aren’t they? They make things sound regal and civilised. There is a tendency, however, to plunder this bank of jewels a bit too often. Strings-with-everything keyboard players get a reputation and if this happens the worship leader will always ask you to change the sound – if if they like it – because they are trying to wean you off the strings. Some keyboard players have discovered the mellotron too – and as a result everything sounds like a Beatles cover. Keep your mind open and experiment!

You can improve your keys playing with our range of worship keyboard courses. Available on DVD, as downloads and also in our online subscription site.

A free 30 minute lesson taken from the Worship Keyboard Collection teaching Matt Redman and Jonas Myrin’s You Alone Can Rescue.

Check out our other 10 Ten Do’s and Don’ts