Transferring from guitar to bass 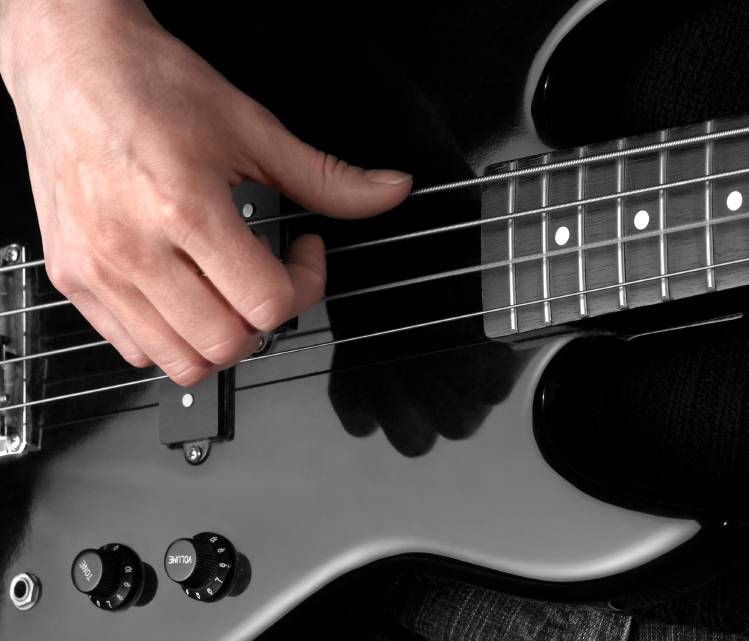 If there’s one instrumentalist that church worship bands seem to have a shortage of its bass players. There are often loads of guitarists but very few who make the transition over to bass. Part of the problem is that whilst the two instruments share the same notes and tuning, the way you approach each is radically different. Think of the bass as first a rhythm and second a harmony instrument. The trouble is, when most guitarists transfer to bass they still play it like a lead guitarist. So sometimes, drummers who know a few chords often pick up the mentality of bass playing more quickly than guitarists. However, with the right understanding any guitarist can transfer their knowledge onto bass with relative ease so if your church doesn’t have a bassist here are a few tips to help them transfer over to the dark side.

Bass is probably the easiest band instrument to pick up but one of the most difficult to play tastefully and musically. The best place to start is to just play the root note of the chord exactly in time with your drummer’s kick drum. Generally this happens right on top of beat one and just before, on, or after beat three. Paying attention to the beat three kick is vital as this often determines the feel of the groove. So to get going, face your drummer, look at his kick foot and spend time locking in over one or two notes rather than trying to play through a whole song.

Many times you’ll find most experienced bassists taking this route and this is often all that’s needed. The trouble for many guitarists is this approach sometimes seems almost too simple and they get bored very easily. This is often where the hobbyist player who’s learnt a few funk licks tries to fit in far too much and ruins the groove so try to remind them to serve the song with the golden rule of taste, tone and timing. A few well executed notes played in time sounds so much better than complex runs played slightly out of time.

Now there are times when the bass sounds best playing against the kick drum to create different feels. For instance, the classic U2 8th note groove creates a smooth, flowing sound. So by playing 1&2&3&4& you can fill lots of space which is great if there aren’t many instruments or for pushing a song along, but it can make every song sound the same if used too much, so choose your moments wisely and let the music breathe.

The next thing that stops many guitarists from transferring to bass is not knowing the actual notes on the neck, as many just know their chord shapes. Whilst learning these should be a priority, and we have a number of exercises on the Musicademy Worship Bass Course to help you, one way you can overcome this is by learning the major scale shape below.

This will you help play any song in any major key if you transfer each increment or note in the scale into a number. As long as the song stays in key all the notes you’ll need to play are contained within this one shape. So if the song is in the key of G and the chord sequence is G, Em, Am, D you would play notes 1,6,2,5. The great thing is that if the song changes key to Bb your ‘1’ note would start on fret 6 of the E string and follow the exact same scale shape pattern. So you would still play 1,6,2,5, but it would fit perfectly within the Bb key chord sequence. Likewise if the key is C# your ‘1’ note would start on fret 9. So take a chart of a song in G and mark out the numbers alongside the chords. Then transpose the scale shape up the neck to another key and play the same sequence.

Third, develop your musical ear by listening to bass lines on classic albums. I was recently talking to Jesse Reeves who recommended anyone getting into bass should learn U2’s Joshua Tree for 8th notes and listen to any Motown record that James Jamerson played on (of which there are many) to develop tasteful grooves.

Ultimately what separates good bassists from bad ones is not their level of technical competence, but their sense of taste, timing, listening skills and ability to fit with the song. This sort of playing is the secret glue that holds a band together, but often goes unnoticed, which may be something to do with the lack of bassists to begin with.

Where to go for help 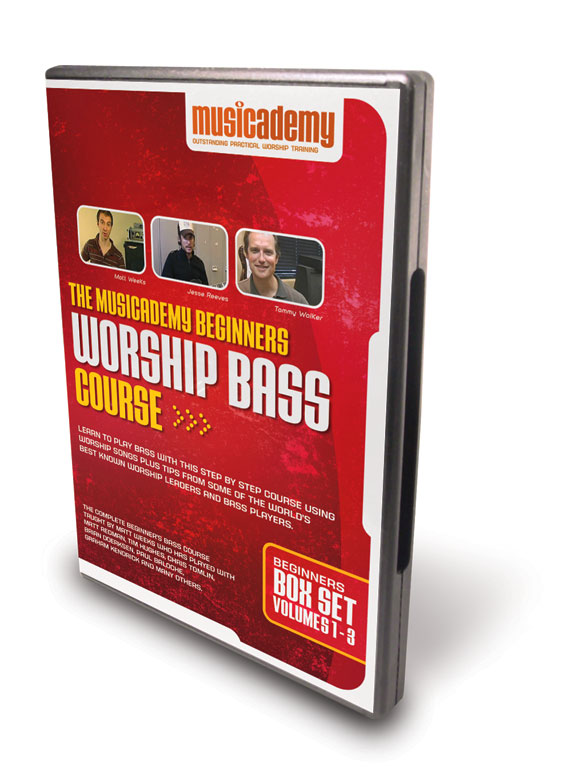 As a guitarist you’ll probably find that you can pick up bass relatively quickly. The beginners version of Musicademy Worship Bass Course will give you all the basic skills you need and fast track to to a point where you can get playing in the worship team. And if you already play bass, check out he Song Learner DVDs, the Intermediate Bass set and the Advanced Bass Course.