Wedding function bands – can you really pull it off? 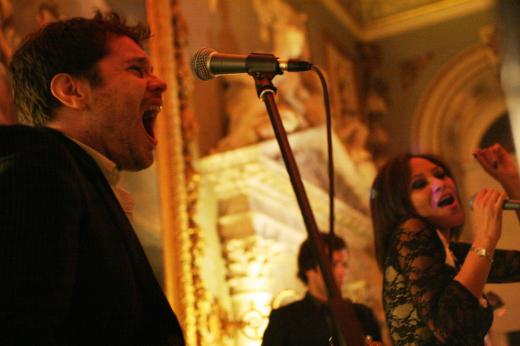 Following on from last weeks’ discussion about musicians being paid to play at weddings, I wanted to bring the subject of wedding function bands to the table.

Now at Musicademy we have a function band comprised of professional musicians that play at weddings, birthdays and other celebrations. We charge a set fee depending on the event, number of musicians, distance away etc etc. We always try to pay our musicians well, partly because they are so often the last in the queue to be paid in their church and professional lives (so often they are expected to play for free despite this being the way that they earn their living – music is the day job).

What never fails to amaze me is how many people we come across that expect their Sunday worship team to suddenly be able to morph into a “play any request” function band for weddings and other special occasions. There seems to be limited understanding that a) rock & pop songs can be quite challenging to learn and b) the band don’t play these together normally so will need considerable practise and rehearsal time. Even pro musicians that don’t play all the time together as one band will need quite a lot of rehearsal when putting together a new list of rock & pop songs for an acceptable live performance.

I know that many of our pro musician friends are frequently approached to “pull together” a function band for a one off event. Generally there is no budget and a really mixed bag of talent (or lack of). We’ve spent years getting the Musicademy function band repertoire together and even now, will have at least one rehearsal before each and every gig, even if it’s the same material. The amount of times I’ve heard a church come up with an idea to do an outreach event with their worship team playing party songs and it falls flat because:

Two more observations from our experience of running a function band (hopefully these will serve as a ‘heads up’ to anyone thinking about starting one):

So what has this got to do with playing worship music in a church worship team? Well actually everything! If your church wants to create any kind of ‘flow’ in a time of uninterrupted worship where you play a bunch of songs back to back, the ability to read how people are responding to them, or not, and change something up to engage them is a crucial skill.  There’s a difficult tension between songs that flow in terms of tempo and key but not necessarily theme or thought, and between songs that have good thematic and theological journey but just don’t shoehorn together musically at all. And, depending on the type of church you go to, you probably experience one of those extremes fairly regularly. And you know what? Neither extreme has all the answers or is ‘correct’.  Picking a set of songs that work in the moment isn’t an exact science, it’s an art or a moving target, one that requires intuition, sensitivity and looking and listening and an ability to embrace change.