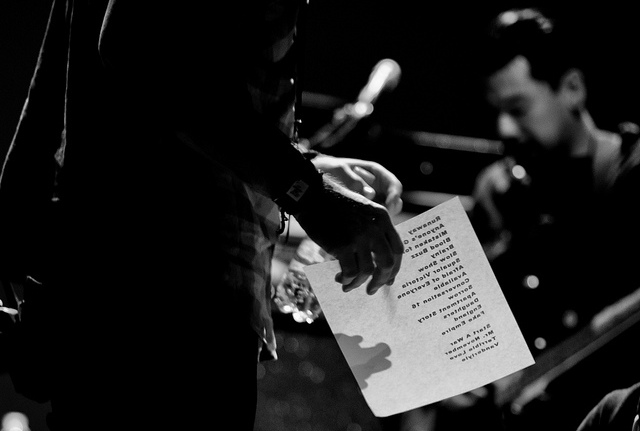 Why Do We Need a System to Manage Our Songs?

Imagine that you take a large envelope of cash to your bank. You explain to the smiling teller that you’d like to deposit this cash into your checking account. She says she’d be happy to do that. She takes your envelope, turns around and empties it into a 32-gallon Rubbermaid garbage bin filled with cash and endorsed checks.

“You’re throwing my money away?!”

“Oh no, sir, that’s ludicrous. We put all our money into this bin and later lock it in the safe when it’s full.”

“But you didn’t even count it before you dumped it in there. How’s that suppose to get into my checking account?”

No one would ever do business with a bank that has such a sloppy system to manage their money. (No matter how good the free pens.) But when it comes to managing songs, many worship ministries have equivalent to a giant bucket behind the counter.

Every song ever sung gets thrown in this bucket. When it comes time to plan songs, the leader rummages through 300 songs looking for four that will fit. Master list? Try monster list.

Or even worse: the church that has multiple leaders, each with their own master list that they choose from.

Worshiping through music and singing is crucial. Songs are the tools that give life to this expression of worship. They comprise a huge part of our church’s vocabulary of worship. Not only do they put the words of worship in our mouths, songs also teach and inform us about God and how he relates to us.

We need a better system than a catchall list.

1. SongCycle ensures that new songs are introduced intentionally AND given a chance to catch on.

More than once I came across a newer song in my master list that somehow had slipped through the cracks. For whatever reason, after introducing and playing it a few times, I had forgotten about it. To use it in worship again would essentially require relearning it and reintroducing it.

It’s easy to want to repeat certain songs a lot. But you run the risk of overexposing songs. You don’t want people checking-out because it’s so overdone.

3. SongCycle helps you to see where you have too many of one type of song and not enough of another.

The SongCycle system doesn’t specifically categorize the songs into tempo, feel, or theme. But because you’ll be choosing from limited lists, you’ll more easily recognize where your gaps are (e.g. not enough uptempo opening songs) and where your “gluts” are (e.g. too many mid-tempo anthems).

4. SongCycle gives you rationale to say yes or no to potential new songs.

Almost every song that gets suggested to me is a mid-tempo, start soft, build big, all-hands-in-the-air-by-the-second-chorus type of anthem. Why? Because those are songs are powerful. They move people. And there’s nothing wrong with that.

But mountaintop songs like that require climbing the mountain. We need to journey to those through other types of songs. It’s like eating a great meal. If all you had was steak, it’d be OK. But a salad and a couple sides help complement the main dish.

Since this system helps you see the gaps and the glut, you can say yes or no to a potential song for reasons beyond your personal tastes.

5.      SongCycle gives you a system to retire active songs when it’s time.

Songs have a shelf life. After so much use, people will eventually disconnect. There will be a few classic songs and hymns that remain on your list for years. But 75% of the songs you’re doing now should probably be a distant memory in 5 years.

SongCycle will help move your songs systematically from brand new to old and retired. But it also gives you room to leave the great ones on the list for a lot longer.

6.      SongCycle speeds up your planning time.

Each week (or month, or quarter), you’ll be selecting songs from a sleek list as you plan. And not only is the list shorter, but you’ll know that certain songs need to be cued up, while other songs need to wait awhile.

7.      SongCycle keeps multiple worship leaders on the same page as they select music.

Once you implement an active song list with SongCycle, you’ll no longer have to worry that one of your leaders is going off the reservation with their song choices.

No longer will one leader be doing the “Christian Hits of the Eighties” one week while the next a leader piles on 12-minute Jesus Culture tunes. Each of you will be working from the same list with the same parameters.

This will give your worship gatherings more consistency from week to week, even with different leaders and teams.

8.      SongCycle limits the number of active songs, which allows more freedom to worship, both for the team and the congregation.

The ultimate goal with this is to help your congregation engage in worship. A huge part of that is using songs that they can sing from their heart. This requires that we teach songs well. It also means that we guard songs from becoming stale and overdone.

A limited repertoire will not only help your congregation. It serves your team by allowing them to know the songs better.

That’s a sticky subject for many people. There are so many great songs, both old and new. And we’re supposed to limit the number of our regular songs? Yes. Let’s talk about that in the next chapter.

Jon Nicol is a worship pastor/blogger/teacher. He makes his home in Lexington, OH with his wife, Shannon, and their four kids. Jon writes for Musicademy.com and WorshipMinistry.com as well as his own worship resource site, WorshipTeamCoach.com. You can also connect with Jon on Twitter @jonnicol.

Stuart Townend, Vicky Beeching, Noel Richards and Starfield on the use of hymns in worship – video clip

What makes a good worship song?