Musicianship – is it right to try to hone our craft as worship musicians? 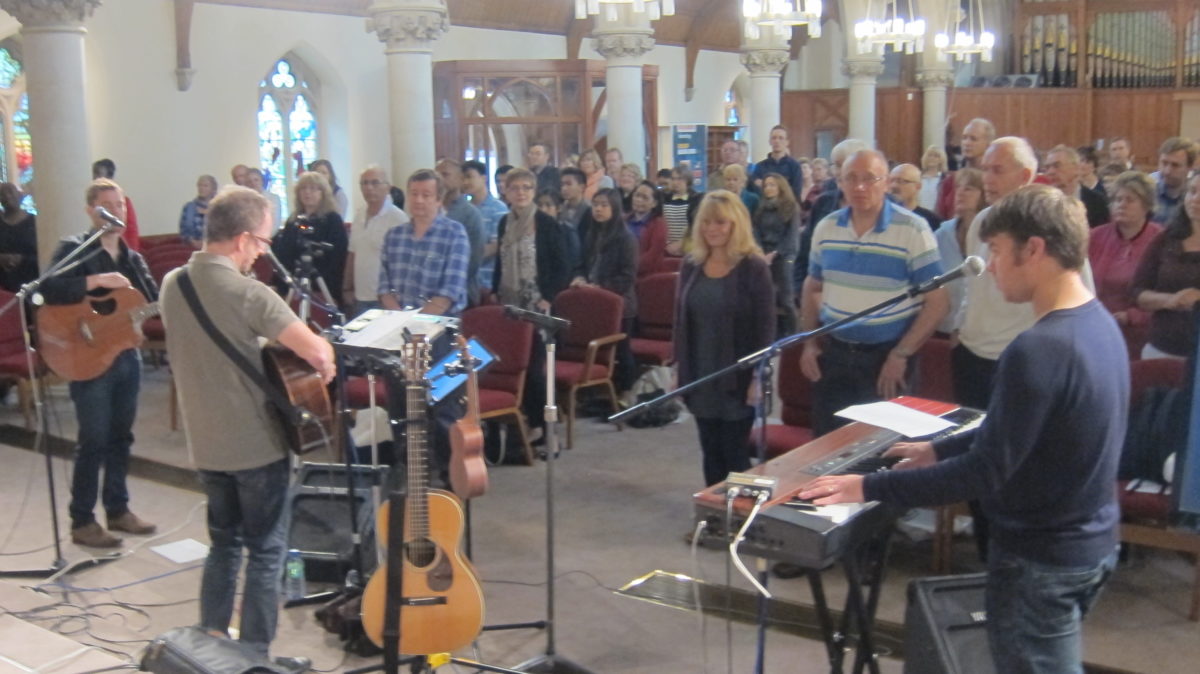 A few days ago we published a “Cut Out and Keep” Guide to helping musicians work out what chords to expect in any given key.

It proved pretty popular on the blog getting lots of Likes, Shares and Comments. However, we noticed a number of detractors. Here are some of the comments: 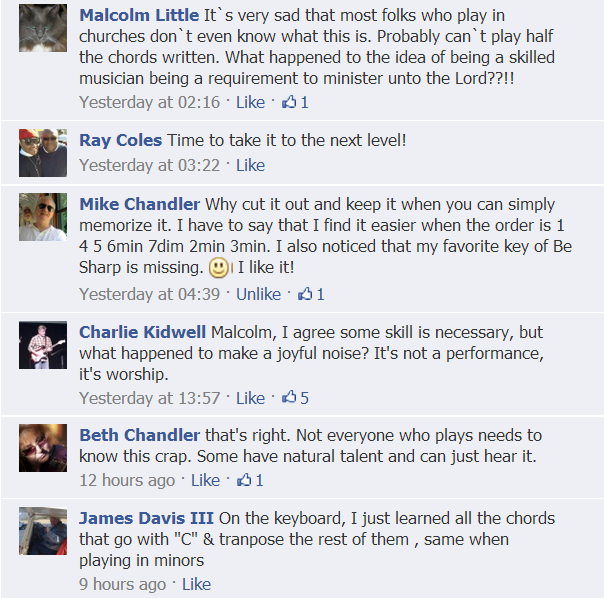 We thought it was quite an interesting discussion. Clearly some people feel that honing our musicianship is a Biblical principle and one that is honouring to God. Others feel happy with making the best of current abilities and using workarounds like the transpose button. And others feel that the heart is the important thing rather than the sound that is made. But some seem to be suggesting that musicianship is something we are born with and not something to seek to train. Below is the response Andy made on the Facebook Page. What do you think?

I wouldn’t say there’s anything wrong with making a joyful noise, but equally there’s nothing wrong with a little training either. But let’s remember not to set the bar so high that the only model we aspire to in worship is one where only professionals can join in, thus further deepening that ‘clergy’/‘lay’ divide.

Also let’s remember that making a joyful noise isn’t necessarily anything to do with the function of music related to worship at all. But on a practical level if we want to make music together that’s sonically more pleasing then everyone, even natural ear-based players will benefit from a better understanding of chords. This is true too even for lead and single note orchestral instruments as their choice of notes can really be expanded if they’ve got a good idea of what’s going on ‘chordally’ beneath them.

One of the great functions of music is communication. Think of it like a preacher, if they have lots to say but not the communication skills to say it, then it’s a wasted opportunity. Even if they have a lot of raw speaking talent training will help them be better communicators. Conversely; masses of training doesn’t always guarantee the preacher has any heartfelt content to communicate either.

At a base level, to play music to God as a personal expression of worship of course doesn’t require any training at all, but making music as a team or band does. Most of the time, off-putting, bad noise is generally because one or more of the team doesn’t understand what they should be playing to fulfil their role properly and fit in with the rest of the band. That’s where we at Musicademy would make the case for training, and actually the sole reason why we made the Understanding Chords and Playing By Ear DVDs to begin with.

What on earth are Double Sharps?

On another note, there was a question about the “double sharps” in the chart. This was beautifully explained by Phil Davis: 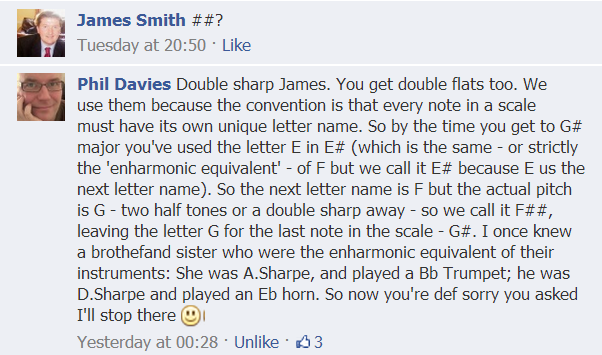 In case you missed it, here is the chords in keys chart: 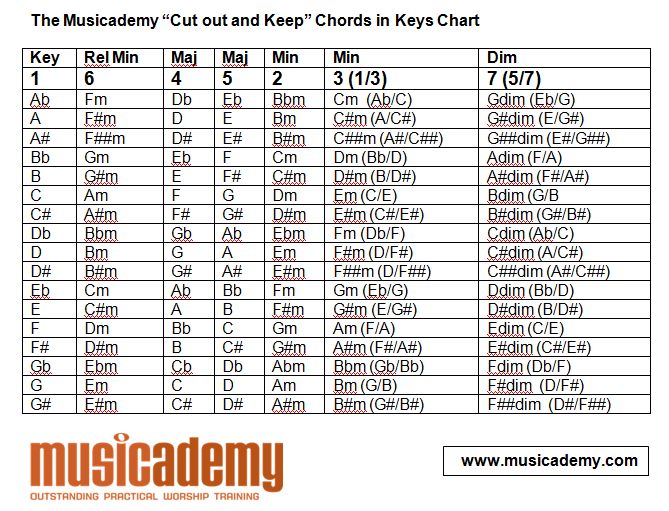