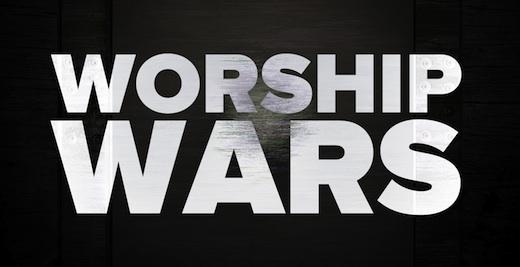 Take a look at this excerpt from an U.S newspaper objecting to the new trends in church music:

There are several reasons for opposing it.
One, it’s too new.
Two, it’s often worldly, even blasphemous.
The new Christian music is not as pleasant as the more established style.
Because there are so many songs, you can’t learn them all.
It puts too much emphasis on instrumental music rather than Godly lyrics.
This new music creates disturbances making people act indecently and disorderly.
The preceding generation got along without it.
It’s a money making scene and some of these new music upstarts are lewd and loose.

Does this sound like some of the “fan” mail you receive the week after you have pushed the envelope in worship with some new worship songs?

This was written by a pastor in 1723 attacking Isaac Watts, the writer of great hymns like When I Survey the Wondrous Cross, Joy to the World, and O God, Our Help in Ages Past.

You see, “worship wars” are nothing new to our decade. As long as we have had organized church and people with personal preferences, there has been conflict. As James 4:1 says,

What causes fights and quarrels among you? Don’t they come from your desires that battle with you?

You see, worship wars have been raging at least since around 700 a.d. Here are some highlights outlined by Steve Hamrick of the Illinois Baptist State Convention:

The list can go on and on describing conflict over the years.

In the next few posts on the topic of Worship Wars, we are going to dive head on into a discussion of styles of worship. Won’t you join me?

Kenny Lamm, senior consultant for worship and music for the Baptist State Convention of North Carolina, is a frequent worship conference leader with a strong focus on equipping leaders in North Carolina (USA) and Southeast Asia. His blog, Renewing Worship, features posts that explore ways to renew–impart new life and vigor to–the worship in the local church.

How to move a church from traditional to contemporary worship styles

What on earth is contemporary worship anyway?

A theology of worship – stumbling toward mystery