What are the biggest issues facing worship teams right now?

We did a little ice breaker in a recent worship training day where we asked the delegates to identify the biggest issue facing their worship team.

Cue the grand opening of a can of worms.

And an awful lot of the same issues coming up again and again.

So I thought I’d run with this and broaden the conversation to the Musicademy Facebook Group and Page.

And boy was this a hot topic!

Not only were there numerous responses to the public threads, I was inundated with private messages from people sharing the complicated situations they had found themselves in with musicians that simply never played the right notes (but somehow were an integral part of the team), leaders resigning due to the sheer stress of managing warring musicians and unsupportive congregations as well as issues with sound teams that appear to have zero ability and refuse to get any training.

We’ll work through some of the above anonymously one by one on the Facebook Group in an attempt to pull some collective wisdom (and support) from the community there. It really is quite astonishing to see the undercurrents at work beneath the surface of our worship teams.

Pulling together common threads has proved a fascinating exercise. I’ll attempt to do it justice below.

The lowdown: what are you struggling with in your worship teams right now?

We did hear some great stories of training and mentoring within worship teams – and in our experience with Musicademy where we’ve worked hands-on with numerous churches, many many issues, both musicianship and pastoral, can be dealt with by appropriate training.

It was clear that different theological settings give rise to very different scenarios and challenges. We work with volunteers and in a church context of wanting to support, develop and nurture. Hence in some settings playing in the worship team is the reason people come to church but that can lead to major quality issues and would, in some contexts be considered unacceptable.

The churches represented were predominantly on the smallish size (50+ people) but there were several with congregations in the hundreds. Regardless of the size, many of the issues were common across the comments.

And the elephant in the room? 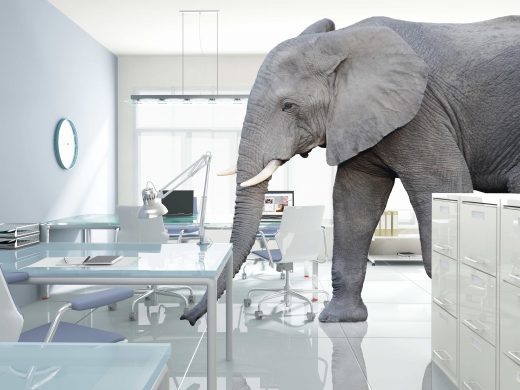 Personally I’m somewhat astonished to hear a litany of stories of stressed out worship teams under huge pressure to prepare and deliver each week when a very reasonable solution exists in the form of backing tracks. Your worship doesn’t HAVE to be led by a full live band every week to be genuine and full of life for your congregation.

Honestly, try it – you may well be pleasantly surprised and at the very least you’ve given your musicians a day off.

It isn’t failing. Worship Central and Hillsong et al all use loops and backing tracks to beef up their sound nowadays. I know we have a vested interest in backing tracks but we’ve developed them because we genuinely believe they are a better solution than the scenarios that have been painted above.

It’s been a fascinating insight to the struggles many church musicians face on a weekly basis. I do hope you can find some comfort in knowing you are not alone and perhaps even get some ideas for dealing with these issues in the comment thread. We will be sharing anonymously some of the particularly challenging scenarios that I’ve been messaged with privately in the coming days.

Check out all the original comments (and add your own) here: