Learn how to play by ear 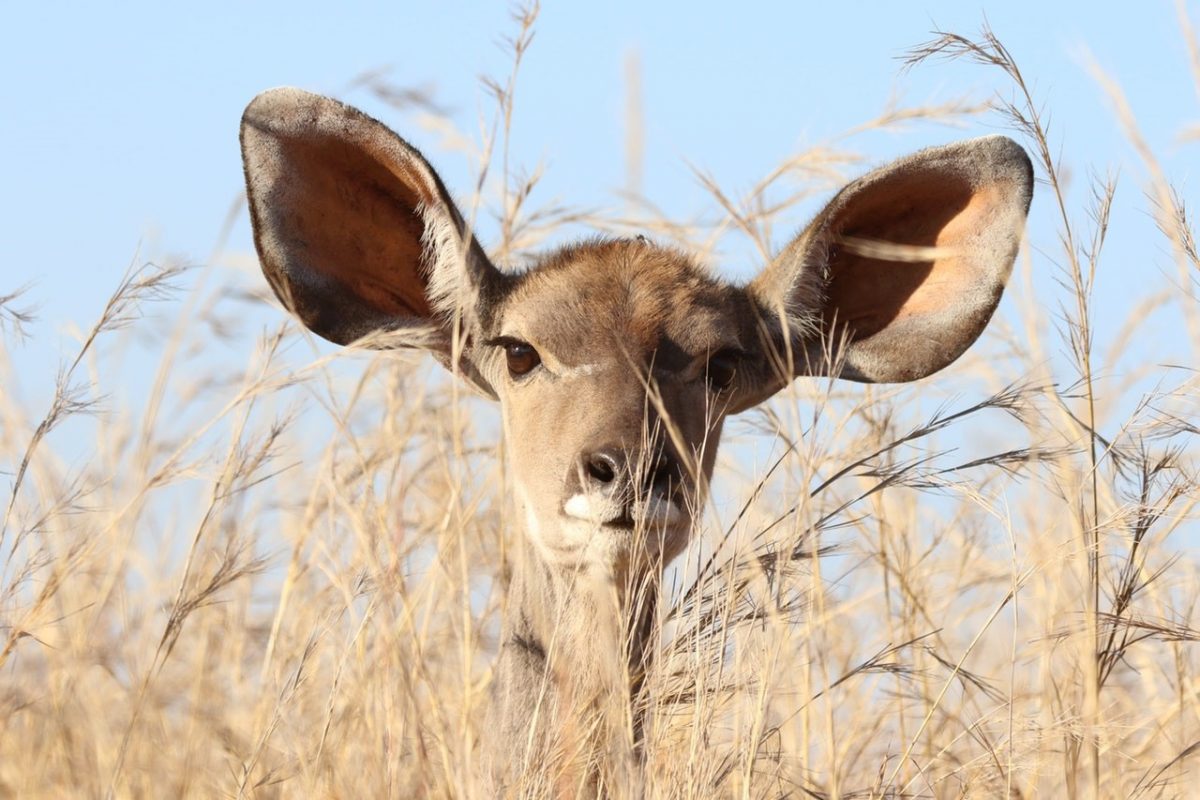 Ear training for song writers (and any other worship musician)

For many people, the thought of playing “by ear” or being able to anticipate the chords, notes and musical charges in a song you’ve never heard before seems like an impossible task. It’s often considered a gift rather than a skill that can be learned and constantly improved on. Yet, as church based musicians we often have repertoires that consist of perhaps 150 songs that we need to be able to lead confidently in, and preferably without having to locate the music at a moments’ notice. Alternatively, if you’re in the type of church where someone starts a spontaneous worship song wouldn’t it be nice to be able to locate the right key and anticipate what chord is coming next?

And for songwriters too, wouldn’t it be good to be able to hear and try out every chord that is available to us in any key rather than just try to shoehorn the melodies we create into familiar chord sequences that can make a new song sound a bit predictable.  Alternatively if we create a melody line that goes just too high for our congregation to sing, how do we know what the correct chords will be if we find that the melody best works in a lower and unfamiliar key? And for some of us who haven’t had any formal musical training, what on earth is a ‘key’ anyway?

Getting familiar with this ‘music theory’ that frees us to know exactly what to play over any song we hear is not the daunting process it appears and couples a little theoretical knowledge with honing your ‘musical ear’. This skill of playing by ear can be developed in the same way as anyone can improve their musicianship, with practice, patience and most importantly, by increasing your musical listening skills.

Playing by ear is really about recognising the number of musical ‘steps’ between the note you have just played and the one that comes next. Just as you can remember the melody of a song you can actually train yourself to ‘remember’ how many steps higher or lower your note has travelled as the melody has changed. You can then apply exactly the same principle to any chord in a song. Most people can recognise the difference between a happy sounding major chord and a sadder sounding minor chord. Learning to go further and recognise a sequence of chords really is possible. With a bit of practice, you could adapt the same chord sequence into a variety of different keys, without music. The secret is having a framework which helps you recognise what possible chords are coming next – and then adding the age old discipline of practice. When I started to play guitar in my teens I was at a church where people would often sing out a spontaneous song and I had to pretty quickly learn ways to figure out which chords to play as the song was being sung. The fear factor was a great motivator to learn!

So how do we learn what chords are available to us in a key? The first way to start is to pick a familiar key – Try G, D or E for guitarists as we regularly play songs in those keys and are familiar with the chord shapes. For this exercise we’ll start with G.

What is a major scale?

A major scale is easily recognised by the singing of the song Doh, Ray, Mi, Fah, Soh, Lah, Ti, Doh

Next, count how many ‘steps’ are between Doh, (sung low) and Doh, (sung high) Only count Doh once.

You will discover that there are always seven notes in any major scale. Remember the 1st note and the 8th are both named ‘Doh’ and have the same sound albeit an octave (or eight steps) apart.

So the way to work out the notes in a key is this: Write the numbers 1 2 3 4 5 6 7 across the top of a page and then underneath assign the notes in the key to the numbers.

For example in the key of G major we would start with G as note number 1 and work up alphabetically through our 7 musical notes.

Three rules for working out what notes are in the major scale of any ‘key’.

I’ll put in the sharps and flats at this stage and we’ll learn how to do this together in a future article. For now, complete the table below to show the correct notes in each of the following keys. 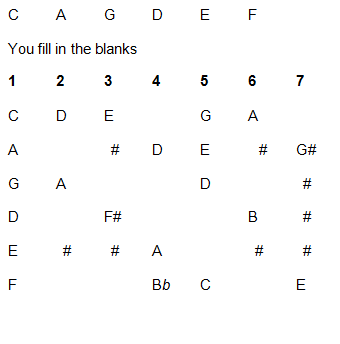 Chords Within The Key

In addition to the notes in the major scale or key, there are also seven chords that fit over the individual notes.

Each chord is made up from individual notes taken from the relevant major scale. The formula for the chords looks like this:

Lets work this formula into the chord table above and line up our notes from the key of G major.

These seven chords make up the chords that you are likely to find in any song in the key of G. Some are more common than others. These are G major, C major, D major and E minor (the numbers 1, 4, 5 and

6). You may also have played the chords of A minor and B minor in songs within the key of G.

Don’t worry about the 7th chord being described as ½ diminished. Just think of it as minor for now and I’ll come back it in a later article and explain how why and where to use diminished chords and chords “outside the key” to great effect in a congregational worship band setting.

So try taking any existing song or new melody and play it the key of G working out the chords using the chart above. Try listening out for which chords sound major or minor and choose the right chord by hearing which of our alternatives fits best. The more you do this, the more you will find your ear will ‘tune in’ to the possibilities of what chords fit the song.

Once you’ve got that mastered try it in other keys. The same Major/Minor chord formula works in exactly the same way in every major key. So perhaps if your melody becomes too high for an average congregation to sing, pick a lower key and use the exact same formula to plot out the right chords in that new key. If you’re not sure how to find which key you should be using, sing up and down your new melody until you find the note which seems to be the first note of the key, the Doh. Whatever that note is called, forms the home or the ‘root’ note of that key.

Don’t be afraid to try utilizing the 2nd and 3rd chords in each key over your melodies. They aren’t generally used much in worship songs but because both chords are minors, they can provide some really fresh sounds, particularly if your lyrics contain a lamenting or reflective theme.

What else can help me learn this stuff?

Don’t forget to check out our Playing By Ear course. Whilst we have lots of free resources that we are sharing with you, there is nothing quite like this comprehensive course to really improve your music theory and your ear training.

We reckon this is the single thing you should invest in to improve your own and your team’s musicianship. And currently they are on half price sale.

Here are some customer reviews:

“Very pleased with this DVD set, great value and highly effective teaching. Easy to follow, even for a beginner like me and suitable for a broad spectrum of musicians. I highly recommend this to anyone who wants to improve their music ability.”

“I bought the DVD and it has really helped me to play by ear. After being able to play by reading notes/chord charts, the ability to play by ear helped me to be more creative and also play in impromptu situations when there are no chord sheets around. Having the best of both is awesome…. I still refer to the DVD lessons periodically.”

“The teachers in the DVD series are VERY accomplished musicians and can interpret what they have learned in laymen terminology to the student.”

“I’m still in the process of listening and working through the lessons but I am feeling more confident the more effort I put into learning this course. It is very attainable once you understand the rudiments or mechanics of how a song is constructed.”

Taken from reviews of Play By Ear DVDs and downloads currently at HALF PRICE!

The Musician’s “Cut Out & Keep” Guide to Transposing