Is a church website enough? What about the social media revolution? 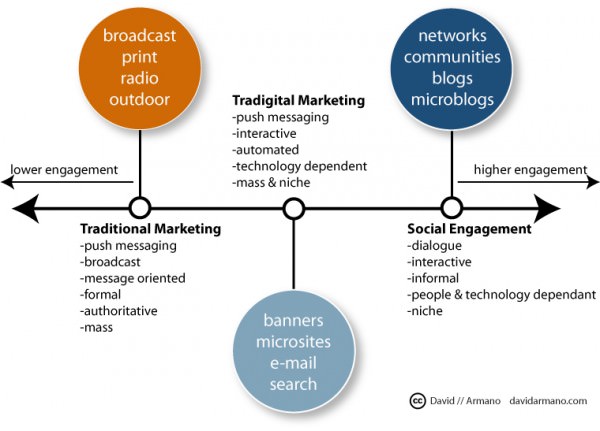 When I’m not working at Musicademy I lecture part time in marketing with a particular interest in social media. I recently wrote an article for one of the UK’s leading digital marketing websites, Smart Insights, and was surprised by how many Christians commented to me about its relevance for churches as they seek to communicate with both their congregations and the wider community.

I’m therefore going to re-work that original article in this post – would love to hear your comments below.

The difference with social media

Social media is very different from the communications tools that have come before. Over the years organisations have communicated with us mainly via the medium of advertising. And churches have adopted many of the same tools as businesses. Yet we have become totally overwhelmed by the number of advertising messages we are exposed to each day and many of us simply blank them out. By the time we reach the age of 66, most of us will have seen approximately two millions TV commercials. Timewise that’s the equivalent of watching 8 hours of ads 7  days a week for 6 years straight. In 1965 a typical consumer had a 34% recall of those ads. In 1990, that figure had fallen to 8% (figures from Martin Lindstrom’s book Buyology). The powerful heyday of what Seth Godin calls “Interruption Marketing” is well and truly behind us.

But still organisations cling to the familiar, even if it doesn’t seem to work anymore. I go to Christian conferences and find that the bottle water is sponsored, the bathroom doors contain advertising messages and our hands are stuffed with programs and leaflets all containing glossy sales messages. Rance Crain, the editor-in-chief of Advertising Age once said “Advertisers will not be satisfied until they put their mark on every blade of grass“. Christian magazines are funded to a large degree by the advertising you find inside them, but I have to say, at Musicademy, we have rarely found that these traditional marketing methods work at all well. Its an ethical dilemma for the producers of these magazines and conferences – they want to deliver a publication or event at a cost effective price for their customers, so they look for advertising and sponsorship to cover their costs. Yet the evidence is clearly beginning to show that such commercial profile doesn’t really work anymore.

We’ve found the number one most effective sales tool is our online presence. This is comprised of:

The difference between the above communication channels and those of traditional marketing is that these are all 2-way communication tools. We get to talk to people and you get to talk back, to ask questions and, in a number of cases talk to each other. That’s why we love the comments in the blog and on Facebook so much. We get to hear what you think and you get to share your views and engage with other worship musicians. I hope you feel that we provide good value on the blog (and in the newsletter that emails you the stories). Its a free service, funded by our DVD sales and it also serves to let you know a little more about our products that you might at some point like to purchase. We try not to push the sales messages too much – we know most people in the 21st century are pretty allergic to sales.

But I digress, the challenge I wanted to pose here was to ask whether a church website is enough for an online presence? Do you need to be thinking about a Facebook page, a blog and a Tweetfeed as well. The article below will give you some background on how social media is different to more traditional marketing tools.

With the rise of web 2.0 we have entered a new era. Gone is the heyday of one way broadcast communications where so long as you shouted loudly and often enough people bought your product, today marketers (and churches) must consider the two-way conversation that web 2.0 facilitates.

I think this diagram from David Armano is a great way to summarise the changes that have taken place: You can see from the graphic above that traditional, one-way broadcast messages generally fail to engage to the same degree as the less formal, interactive style of social media. The further you move to the right of the spectrum, the more that the formal one-way message becomes an informal two-way dialogue.

Websites have gone from online brochures to interactive, engaging forums where people can chat with the organisation and each other as well as rating content, “liking” pages and generally occupy a seat that much closer to the driver. User generated content is increasingly fuelling Search Engine Optimisation and becoming an essential part of an effective brand.

According to Ofcom’s 2010 report, social networking now accounts for 23% of all the time spent online in the UK. BizReport found that about 2 million UK workers spend at least an hour a day on social networks while at work with 55% of the UK’s workforce accessing social media at work.

As we see even our grandparents generation increasingly comfortable with online spaces such as Facebook we find that indeed the old ways of marketing are dying.

Mark Stuart, in his excellent CIM Shape the Agenda paper What hasn’t happened yet. The shape of digital to come (March 2010) states that

“People tend to stick to the same five or six sites that they know and trust. Within these small ‘villages’ the marketer is replacing the shopkeeper – offering the customer things they might not spot themselves….

With people self-selecting the villages they inhabit, marketers need to ensure they have a presence in those places, rather than trying to drive customers to their own sites, which is increasingly a much harder proposition.”

Stuart reflects that brands are no longer driving traffic to microsites and big corporate websites, instead they are going to the places where their potential customers hang out – Facebook, YouTube, Twitter – and building a presence there. But the presence they build is very different to the websites of old, it is a presence that facilitates conversation and experience rather than broadcast advertising.

I think Stuart’s research is crucial for churches. Over the years we have adopted an “attractional model” of church – if we put on something really attractive then people will come. Theologians have more recently been challenging us to consider more of a “missional” approach. We’ve had a similar attitude towards our church websites. We have tended to create our websites almost as an online brochure and then expect that people will find them and go back to them. We berate our congregations to go and look at the website for all sorts of things (including ironically the notices. Given that people barely pay attention where the notices are read out live in front of them I can’t really see them actively seeking them out online). But the website is a traditional 1-way communication tool unless you’ve embedded comments and blogs. Perhaps you would be better taking Stuart’s advice and thinking about how Facebook might work as an online presence for you. Afterall, plenty of your congregation are probably checking their status during the sermon!

But social media isn’t simply about learning how to use a new set of communciation tools. Its an entirely new language. Organisations make huge mistakes when they jump into a social media channel and start broadcasting messages without first listening to the language and learning the culture. Jeremiah Owyang, writing at Web-Strategist.com says

The web, and social media in particular has driven us from formal communications style and tone to something far less formal. Something that sounds far more like a normal conversation.

As well as social media being more about conversation than broadcast, it incorporates the phenomenon of Customer to Customer (C2C) interaction. Seth Godin writes “Conversations among the members of your marketplace happen whether you like it or not. Good marketing encourages the right sort of conversations.”

Customer experience management specialists Tealeaf found that 59% of shoppers are influenced by availability of product ratings (a common C2C communication tool). And 75% of respondents to a Tealeaf survey said their choice of retailer was influenced by what they read on social media sites. I’m sure social media will have an impact on choice of church as well.

This paradigm shift to less formal, interactive conversation needs to take place in more than just your use of marketing tools. Organisations that thrive in the new marketplace are those that embrace new methods of working across the workforce. Karie Willyerd & Jeanne C. Meister, HarvardBusiness.org say:

“More companies are discovering that an über-connected workplace is not just about implementing a new set of tools — it is also about embracing a cultural shift to create an open environment where employees are encouraged to share, innovate and collaborate virtually.”

Cultural change in our organisations

Soren Gordhamer, writing in Mashable earlier this year, cited research by Towers Watson, the global professional services firm which found that companies with high employee engagement had a 19% increase in operating income and almost a 28% growth in earnings per share. Conversely, companies with low levels of engagement saw operating income drop more than 32% and earnings per share decline over 11%. I’m sure we can apply these lessons to the church. Do churches that communicate with their community and have what marketers call “high levels of engagement” end up with larger, more satisfied congregations?

He went on to define five new paradigms for a socially engaged company. I’ve summarised these below. I think they work well for a 21st Century model of church:

So, it’s certainly no longer “business as usual”, but how much has your organisation changed?

Do you think this makes sense for you as a church?

And if you’ve some examples of churches embracing social media I’d love for you to share them here. (I am presenting a seminar on churches and social media in a few months and on the lookout for case studies)

Marie Page is a founding Director of Musicademy.com and is responsible for its website, social media and marketing. You can see more of my work on digital marketing (as well as her ebook on using social media) atwww.usingconversationalmedia.com