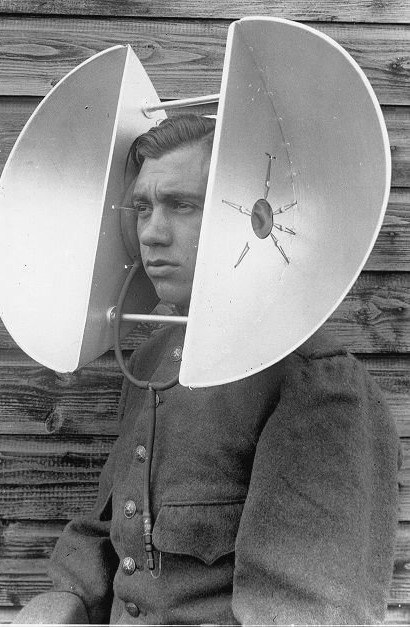 Some time back I was in a church listening to the band play. They were doing all the right things but something about their sound did not facilitate the congregations’ worship as well as it might. The playing was ok and reasonably in time, the volume was appropriate, the pacing was fine, even the tuning was great! Yet, something in the way the music was played was missing. Basically, every band member was focused solely on their own part with none actually really listening to what was being played by anyone else or sung by the congregation.

Each part was fine on its own but none of those parts really locked together. The ‘band’ sounded like five people making their own music in a way that they individually liked, but bore no relation to the content of the song or even what best served the congregation’s tastes and needs. In short they weren’t playing as a band, just five one man bands.

Becoming a better worship band player involves development in many practical, musical and theological ways and all are important, but one of the key musical skills that can be worked on is learning to listen. In fact a professional musician friend of mine says that in a worship band setting you should aim to focus perhaps as little as 25% of your concentration on playing and 75% on listening! Not only to listening to other players’ parts but also to how the congregation are responding and to the Holy Spirit so that we play in a manner that brings the songs alive and helps the people we are serving engage in worship.

If that seems a lot to think about at once then don’t worry, all listening skills take time to develop but making it a priority can turn a musical ‘technician’ into a mature musician that focuses on the sum of the whole group, not just their own bag of tricks.

So here are a few ideas to develop musical listening skills regardless of what instrument you do or don’t play:

What is your instrument’s role in the team? Stick to it.

If you are in a five piece band your job is to play a 5th of the music. Not all of it! This can be difficult, especially if you have come from a classical background where you followed a score which got you used to playing rhythm, bass notes, chords, melody and harmony. Many instruments in a band situation will have just one of these roles to fulfil and although are capable of crossing over into another role they shouldn’t if it is already occupied by another player.

An acoustic rhythm guitarist’s main job is to provide an interesting but consistent rhythm for the band to fit around. Once you’ve found that groove, don’t go changing. Consistency is also the key for the kick drum and bass guitar to lock in together. I meet too many bassists whose playing is so “busy” they sound like frustrated lead guitarists. For keyboard players, if you work with a bass guitarist you may need to tie your left hand behind you back and for single note melody instruments, always try to fit around the vocals, so play in the gaps between the melody but don’t fill up every space. Space lets music breathe. Lastly if you have a good voice and are able to ‘trill’ and ‘frill’ try only to do it as a backing vocalist, not when providing the lead vocal as most congregations won’t be able to decipher the true melody.

Even simply listening to a well produced CD and picking out what is being played when and where will increase your understanding of each instruments’ role. Think, can I hear the kick drum and what is it doing in relation to the bass guitar, how many guitar lines are there, what about vocal layers, can I pick them out and sing them? Also cultivate a balanced music listening diet. If you only listen to Coldplay guess what your music is going to sound like?

In your practice time strive to copy exactly what is being played, not just a pastiche of it. Or, if you are playing along to a CD try and find a part that feels like it could fit in with the original recording. That way, you are not only playing with the best musicians in the world but also stretching your own musicality and creativity.

Record a worship time and listen back as a group

Ask the question, what sounded good or bad and why? It’s so much easier to get musicians to change what they play if they can hear the degree to which their part works in a live context.

Do the words and music match?

Think about the way you play ‘Blessed Be Your Name’ by Matt Redman. Some of those lyrics cut really cut deep into peoples lives, especially if they are singing ‘when the darkness closes in Lord, still will I say…’ whilst going through a really tough time. Does the way you play that song match up to the gravity of the words or does it sound just a bit ‘cute’.  You don’t have to be a musical genius to play with the right feeling, just think about what the lyrics mean to you and how you would respond on your instrument. Would you play loud or soft, aggressively or gently, would the song want to make you laugh, cry, weep or bow down? Play something simple but like you mean it.

Just working some of these ideas through with your worship team can solve some clashing instrument problems fairly quickly and in time help realise some creative beauty in the way a worship band approaches a song. It does take time but a little focus on musical listening skills can yield some surprising benefits to the manner in which your worship team and congregation engage in sung worship.