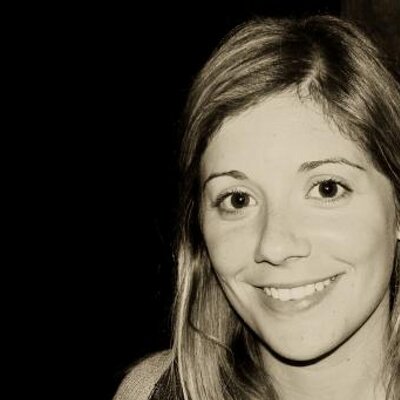 Paul and Lex Buckley are old friends of ours at Musicademy. Paul was one of our first guitar and drum teachers and Lex actually appeared on our first Worship Guitar DVDs. We met Lex when she was working on the worship team at Soul Survivor.  Since then she’s made a number of recordings, written a book and has recently launched a website for women worship leaders – www.femaleworshipleader.com. Here is a first part of an interview with Lex.

Tell us about your journey as a worship leader

I kind of stumbled into worship leading. When I was 19 I moved from Melbourne, Australia to Watford, UK to do a discipleship/leadership course with Soul Survivor Ministries. I’d never led worship before coming to the UK, but loved it and had done a little bit of backing vocals at church. I’d taught myself to play acoustic guitar when I was 16 and would just worship on my own a lot, but I never really thought that I’d ever lead worship or anything. I think I actually started leading little bits at my small group over than next year, and after the course finished I got involved with backing vocals at Soul Survivor church. At the time Tim Hughes was the Worship Pastor, and one day he just called me up and asked if I’d like to co-lead with him at church. I said yes but was so nervous it was ridiculous. I seriously did not sleep at all the night before and was so nervous I couldn’t eat even though I was only leading two songs! So that’s how it all started. I eventually became the Assistant Worship Pastor and worked with Tim for a while, then when he moved on to Holy Trinity Brompton, Ben Cantelon and I were the Worship Pastors, and then a year later we moved out to Jacksonville Florida to be the Worship Director at River City Church. Since I’ve had the kids, my husband Paul has taken over as Worship Director and I’ve gone part time, still working with him to lead the team though.

What lessons about worship leading have you learnt in recent years?

Leading worship in the US, and particularly in the Bible Belt, has been completely different to the UK. Rather than loads of young people, many of whom didn’t have much of a church background, RCC has such a range of people that attend. Rich, poor, different ethnic backgrounds, young, older, families and college students – many of whom have had really different church backgrounds. A few came from really charismatic churches, but many from totally traditional churches, so it’s definitely been a challenge to lead such a mix of people. We’ve learned so much though!

We’ve learned that in order to lead people better, sometimes you need to go beyond singing and say something to encourage the congregation to go for it in worship, or give them permission to feel free to express themselves as they feel led.

As I mentioned previously, so many came from backgrounds that were so traditional, and they were not used to expressing themselves in worship, and were definitely not used to anything spontaneous. So we’ve had to learn how to, over time, walk the church through this and be open to the Holy Spirit. The challenges we’ve faced have been totally worth it though, and we now have a free, worshipping church which is so exciting and such a privilege to see!

What do you find most challenging about worship leading and song writing?

Since having kids, long gone are the days when I could personally worship or song-write whenever I wanted! So in this season of my life, the biggest challenge is finding the time to do what I love so much and finding space to be refreshed and bring something fresh when I come to lead worship. I often come to band practice sleep deprived, exhausted, with baby sick on me somewhere and having had barely any time to practice which definitely makes things trickier. I’ve also led a lot less than I used to since having kids so I’ve almost un-learned many of the songs and in many ways lost a bit of confidence because of this. So its challenging as I’m back in the swing of leading more again now that Finn is a no longer a newborn, and I’m trying to not only get back to the place I was before I had kids, but to continue to grow as a worship leader. It’s only been in the past four months that I’ve gotten back into song-writing on a regular basis too, cause after Bella was born I focused more on writing the book so song-writing took a bit of a back seat. I’ve loved getting back into writing again though as I’ve totally missed it.

How do you balance being a wife and a mother with your role as a worship leader?

My goodness, I have no idea how it works really! It’s been pretty tough having young kids with no family around to help, and I know many women fully step back from ministry when they have kids. However, my pastor, Paul and I all felt that this wasn’t right for me. It’s definitely a juggling act, but God has provided help when we’ve needed it. The kids go to a little play school three mornings a week and they love it there, so that’s when I’m in the office. Occasionally when I lead we get a babysitter and at other times Paul stays with the kids while I lead – I call him Daddy Daycare!

Originally from Melbourne, Australia, Lex previously worked for Soul Survivor Ministries in the UK as one of their worship pastors, alongside Tim Hughes and Ben Cantelon. Lex has sung on albums such as Matt Redman’s Facedown, released an EP with Survivor Records, Through the Valley, and is the author of Rise up and Sing: Equipping the Female Worship Leader and recently launched a website for female worship leaders (www.femaleworshipleader.com). Lex and her husband Paul now live in Jacksonville, Florida where they head up the Worship Department at River City Church. She is the happy mother of Bella and Finn.