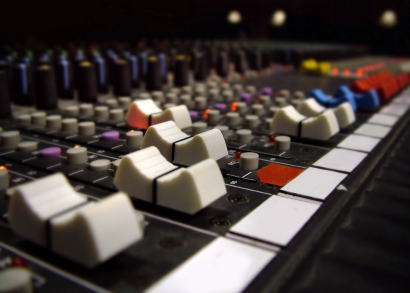 We’ve resurrected this great post  written a few years ago by our friend Scott Bartlett. Does this sound familiar? Do comment in the box below.

10. Raising $150,000 and hiring the Hillsong production team only to end up with the best-sounding, worst-written, worship CD to sell 211 copies in the history of churchianity

9. Raising $300 to contract Young Johnny Boskers and his 2-channel M-Audio interface to “complete a full recording within six months” only to realize Little Johnny has no chance of completing said-project under said-conditions with said-budget in under 8 years… The church, nearly one-decade hence, ends up with the worst-sounding, worst-written, worship CD to sell 211 copies in the history of churchianity

8. Raising no money whatsoever, but contracting a professional, secular engineer “by faith”… This pretty much has “is going to go sour” written all over it right from the get-go

7. Including “that one singer we never put in the monitors or mains” because “she’s faithful” and “we should all be involved” — unless, of course, the whole point of doing a recording project is actually to facilitate community and involvement — this in itself can be an excellent reason to record, but one that should not be confused with “…and also have a great-sounding, big-selling project at the end of the day”

6. Concluding a pre-production meeting with phrases like “yeah, who needs a metronome anyway?” and “that kind of stuff just makes things sound ‘clinical’ and ‘stale’” and “because in our church we want that natural, spontaneous, LIVE feel” (unless of course you drummer’s meter is actually so good that click tracks literally run and hide inside their dual-cores from the sheer terror of his or her presence)

5. Listening to the takes as a group and agreeing together “that stuff can all be fixed in the mix”

4. Not stoning “that guy” who kept publicly sharing his vision of twelve stars (who ironically had names like Tim, Matt, Martin, Chris and Darlene) bowing down to an even bigger star (which ironically was named after your home church) .. The day God tells you to do a CD because “you’re the next big thing on the worship scene” should be a huge warning sign *8)

3. Calling Kingsway’s A/R reps to inform them that you’ve finally captured “The New Sound” on tape… To be honest, the greatest concern here is that they’ve never EVER heard that before, and they’ll be so socked / filled with joy it could lead to heart issues..

2. Getting the “Word of the Lord” that it’s time to record on Thursday and figuring things should be ready to commence the following Sunday, thus provoking an exciting pastoral announcement *this* Sunday that “We’re recording a CD! Don’t worry, this won’t take long at all – in fact, we should have copies for sale in the bookstore by month’s end!” Insult to injury can be added by announcing pre-pays / pre-orders will be taken starting immediately.

1. When the music pastor confuses the phrase “The Church is making a worship album” with “This is the congregation’s opportunity to blessedly and lovingly fund my future ministry career, which will undoubtedly involve touring, guest appearances on the 700 Club, and me getting out of this dead-end, unpaid job as fast as possible”

Scott Bartlett is from Canada and has worked with us at Musicademy on various projects. He has run a recording studio and music store, and in the past has been a youth leader, worship leader AND started a church. All crammed into 35 sleep deprived years!