Why Cambridge Folk Festival is the new Glastonbury. 21 reasons why I’ll be going back.

First of all I’d like to ask that you leave your preconceptions of folk music at the door. I wish I’d done that a few years ago. Because I’m pretty sure that what you think, is only a tiny slice of what it’s really like.

Do you reckon you have an open mind when it comes to music? Like to hear something new? Enjoy discovering a fresh sound?

I’ve been a fan of indie rock since my teens. And that’s where, even in my 40s I still gravitate. I’ve done countless live gigs and festivals over the years. Live music has, for me, a way of opening up an artist, or a set of songs in a totally new way. I’ll come back and listen to the albums with new ears. And inevitably, with a mixed bill of musicians in any line-up, will be a way of discovering new sounds.

This summer so far has been one of extremes on the live music front. I worked at Glastonbury back in June, helping out with social media in the Silver Hayes area. Silver Hayes was previously the dance area, and still has a lot of focus on DJs and dance music. But it has evolved to incorporate bands from all over the world, often those on their way to the bigger exposure that the main stages offer. But suffice to say, there wasn’t a great deal of folk music to be heard.

Fast forward to August and I was once again found in a (not so muddy) field but this time at the Cambridge Folk Festival. To be honest, my expectations were not that high. I was expecting to see a fair number of foot tapping, fiddle playing misfits with the odd blast from the past (Joan Baez, The Proclaimers and co) thrown in. Took my Kindle and a chair for what I thought would be the inevitable long periods of boredom. 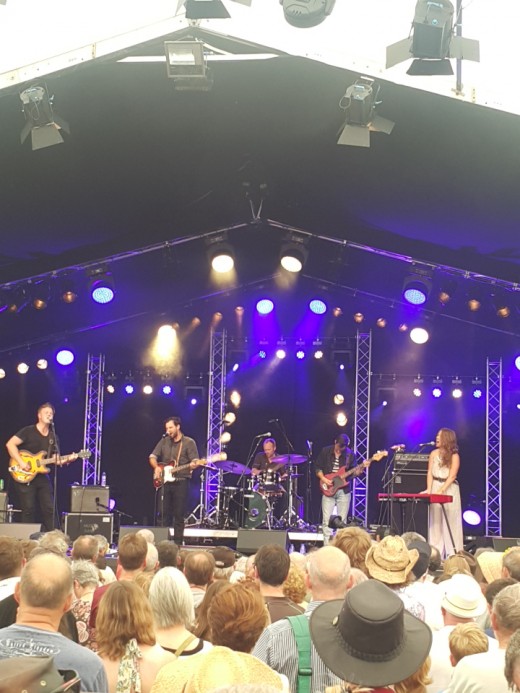 Firstly, I discover that the definition of folk music these days is pretty broad. The guilty pleasure that is alt country was well on display with multiple acts (The Lone Bellow and The Stray Birds good examples). Half the time those well known acts I’d planned to see didn’t get a look in as I was way too busy enjoying the yet-to-be-discovered newer acts on one of the smaller stages. Secondly, I realise that Cambridge was a right of passage for many of the acts that we have grown to know and love over the years. So acts like Mumford and Sons, Laura Marling (both of which have done so much in the quest to broaden the public perception and appreciation of folk), Jake Bugg, Beth Orton, The Staves, Kris Kristofferson, Imelda May, K.D. Lang, The Waterboys, Nancy Griffith, Steve Early, Bruce Cockburn and many more. A look through the archives shows up countless names towards the bottom of the bill (Newton Faulkner, Seasick Steve).

So I was beginning to discover that they way in which I had written off the Cambridge Folk Festival as being folk and therefore not for me was very blinkered, and pretty stupid. All these years I could have been enjoying live music (and acts I really would enjoy) in a significantly more enjoyable and comfortable environment than the big festivals I was at.

Of the many hundreds of acts on offer this year, I saw a small fraction. My top tips from the up-and-coming brigade would include Seafret, Ward Thomas, Jake Isaac (really not folky at all but played a festival appropriate pared down acoustic set), The Emerald Armada and Sorren Maclean. The better known names that I really enjoyed included Nick Mulvey and De Temps Antan. I missed all sorts of fabulousness in Frank Turner, John Butler Trio, The Unthanks and more. But honestly, I really was having such a good time exploring. One tiny stage showcased total unknowns and I was distracted by the very youthful Alba playing her own and a series of covers (Teardrop was particularly beautiful). 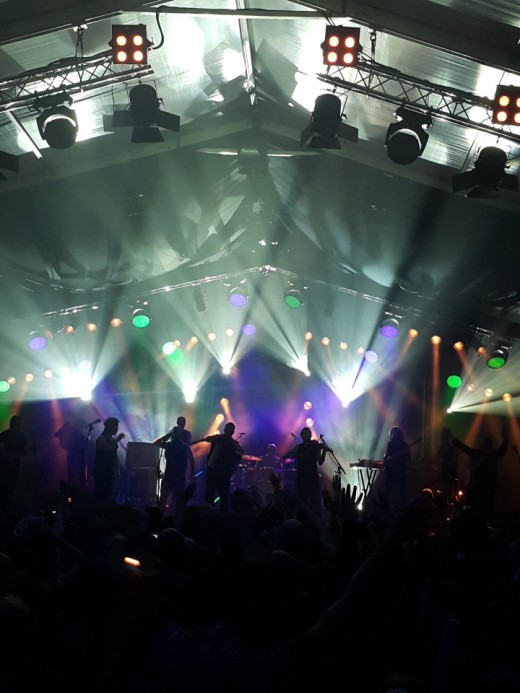 Treacherous Orchestra: It’s folk but not as you know it

The act that truly blew my preconceptions sky high was Treacherous Orchestra. Think traditional Scottish Music meets ACDC (picture 12 black clad rockers on bagpipes, fiddles, pipes and an enormous drum kit) and you have it. No me neither so go check them out. The place was rocking. And only at Cambridge would you be overhearing a conversation about which mode the music was in (Mixolydian, Lydian, Dorian etc) in the middle of an ear splitting gig.

Anyhow, Cambridge is now on my list well above Glastonbury. And for those of you who have Glasto on the bucket list, I’d urge you to reconsider. The BBC does such a good job of painting it as the ultimate festival, but honestly, I think you might well enjoy Cambridge more. And if you need a little more persuasion, here’s my list why:

I quietly chuckled at the sheer quantity of White Stuff frocks on the women, the immense queue for the FeverTree Gin and Tonic bar (and yes, they did have ice), the gay abandon with which the local academic fraternity got down in the ceilidh. But it was unselfconscious, really no one else was bothered by your cheesy dance moves – in fact, they added to the spirit of the thing. And I loved how much people were clearly enjoying music that they were unfamiliar with – you didn’t need to be a “name” to find listening ears here. And I suspect a lot of the acts went home a little more encouraged to pursue their dreams.

It was a very “white” festival which is a shame. I guess the roots of folk are pretty white, and Cambridge isn’t really known for it’s racial diversity. Yes, a black headliner in Joan Armatrading, and the very occasional other non white performer, but most of the pundits were white British and predominantly middle class. I wonder if there might be space for a world music stream to add into the mix? It would certainly help balance the old school folk.

As a marketer it does make me wonder if they’ve got the branding all wrong. I lost count of the number of conversations I had in the months before the festival with friends that are musicians themselves, or real advocates of live music who had written off the event because of the folk bit. I feel like I need to explain the folk stuff, apologise for it even. I know my friends would have loved it.

So this little blog post is written for them really. It’s my attempt to return next year and have a ball with all of them.

So Cambridge Folk Festival. Thanks for the blast. I’ll be back. The question is will you join me?