Advice from Graham Kendrick on spontaneous improvisation in worship 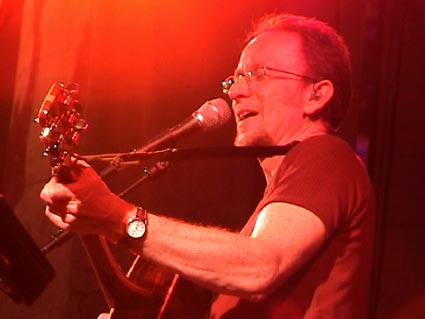 I recently attended a seminar which Graham Kendrick was presenting on the subject of learning how to improvise in worship.

He had a number of really helpful Biblical and practical suggestions which I thought I would share with you here in a 2-part blog post.

Describing improvisation as “Going off piste”, Graham said that it is most effective when an individual also has the ability to capture the moment and express it either vocally or on their instrument.

A Biblical foundation for spontaneous worship and prophecy
There are several examples in both the Old and New Testaments os spontaneous worship:
• In 2 Kings 3:16 Elisha needed to hear the word of the lord so called for a minstrel. When the minstrel played, Elisha was able to prophesy
• In 1 Sam 10 5-6 – Saul is anointed king and then travels meeting a group of prophets and musicians en route. As a result of this encounter Saul becomes a changed man and begins to prophesy himself. The point here is to reflect that music and prophecy are frequently intertwined.
• Likewise we see in 1 Chr 25:5 that David set apart men who would prophesy together with accompaniment from harps, lyres and cymbals. It states: Jeduthun, who prophesied, using the harp in thanking and praising the LORD.
• In 1 Cor 14:3-9 Paul describes how important it is to speak and sing with the mind and the spirit to have a full understanding

Finding inspiration – Where does the “spontaneous” content come from?
Spontaneous song doesn’t come out of nowhere. The words people exercising this gift often use are normally familiar – often from scripture. Flowing like this is only likely to come from someone who has previously read and absorbed those scriptures. Graham encouraged us to  live out of the scriptures and stressed that the Psalms are a wonderful gift for that.

He cites Eugene Peterson who says that in previous centuries Christians have lived out of the psalms each day. Do we read the scriptures regularly, really letting them soak in? Graham suggested that perhaps the Holy Spirit is often frustrated when he wants to bring a word from scripture and looks to a congregation but finds that no one knows that particular scripture.

How does spontaneity work with instruments?
Graham suggested that it can work in exactly the same way. Clearly you need a certain degree of musical skill (you need to know your scales and notes) and it is clear from the Bible that we should focus on playing skilfully. As we develop our skills we have places to go when we improvise.

Graham has worked for many years with a Portuguese trumpet player Raul D’Olivera (Raul is pictured above with Graham in this photo by Andy Pressdee). When Raul improvises he usually has a scripture in mind. Rather than read the passage out, he plays the scripture out of his meditation on it. The result is a prophetic melody demonstrating how the word of God is both living and active.

We’ll post the second part of these seminar notes soon but in the meantime if you would like any more practical help on spontaneity in worship we have a set of DVDs teaching improvisation skills for orchestral instrument players and our Worship Vocals DVDs contain sections on spontaneous song, singing from scripture and prophetic singing.

Other posts you may find helpful:

How would Jesus lead worship?

Let the church lead worship not the wroship leaders