The difference between practice and rehearsal – new guest series 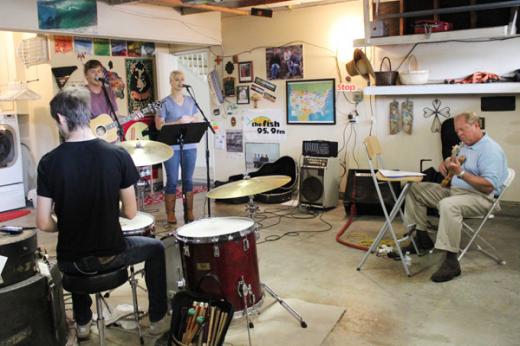 Do you find your worship team re-rehearsing almost every song on Sunday morning? It’s like the mid-week rehearsal didn’t occur. Or at best, it’s three steps forward and two back. Transitions have been forgotten. Dynamic changes are sucked into some black hole in the collective band brain. And that major change in the chart we rehearsed several times has now caused a pre-service train wreck.

Let me give you some possible solutions to this:

So none of these possibilities are grabbing you? Me neither. So how can we retain what happens at rehearsal until Sunday’s warm-up/sound check?

I think it starts with teaching our teams (and ourselves) the difference between practice and rehearsal. These two terms are often used interchangeably. I’ve started to make a clear distinction for the sake of communicating a preferred future: Practice is personal. Rehearsal is relational.

Ever have a team member that you wanted to ask, “Has your instrument been out of its case since the last Sunday?”

But then that still, small elbow jabs me in the ribs and reminds me how often my guitar sits dormant between Sundays. Rather than guilt my team members (or myself), I’m slowly retraining us to look differently at practice.

Practice is personal preparation for the rehearsal. When the song is learned by individuals in practice, the rehearsal then becomes about the team working together to shape each song and each segue into a worship experience for their fellow believers.

Practice is personal. Rehearsal is relational.

Let’s say I fail to prepare on my own for a new song. That puts me in survival mode during rehearsal. I’m thinking of chord changes on the guitar and getting the melody right as the lead vocalist. I’m scanning ahead in the chart to anticipate the repeats. My focus is on me.

The team follows my lead: their heads are buried in their stands. They aren’t listening to each other. They aren’t concerned with dynamics. They’re fright-reading. Just like me.

When we neglect the work of personal preparation, the mid-week team gathering becomes the “learning event.” As a result, the Sunday morning warm-up/sound-check is an exercise in reminding each other of turnarounds, tags, dynamics, who lays out where, etc. What should have been a “run-through” becomes a “redo” of Thursday night.

We need to put a new vision before our team: Practice is personal. Rehearsal is relational.

In the next part, we’ll look at practical stuff to motivate us to practice our stuff.

Guest post by Jon Nicol – a worship pastor, guitarist, songwriter and all-around-lover of helping people use their gifts and abilities to worship Jesus. This series first appeared at WorshipMinistry.com and Jon’s site worshipteamcoach.com. Thanks for permission to reproduce.

Creating space in a worship arrangement