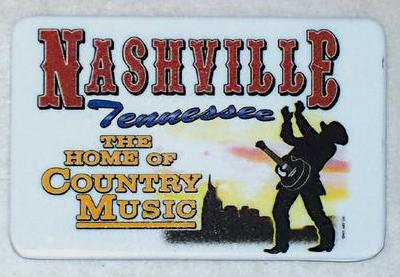 I’ve seen posts on various websites, including this venerable one, discussing innumerable cunning ways of writing charts. Why, I ask? What’s wrong with the existing systems? Music notation has been painstakingly refined over centuries and does the job perfectly well. People have been recording music since long before Edison invented the phonograph, Bill Lear and his band of cronies, the 8-track cartridge and Sony, the LaserDisc – precursor to the Compact Disc. Notation contains all you need to know to reproduce a perfectly good facsimile of the original. It does, however, have one huge flaw – it’s useless if you don’t speak the language! And it’s not a language readily learnt as one ages. “Make your mind up, Langley!”, I hear you cry. Well, I have to be honest, I’m not blessed with a sight reader’s eye. Nor brain for that matter. I can survive perfectly well with a Lead Sheet but I’d be lying if I said I was following the dots. My sight reading is like an ocular version of a drunk wending his weary way home from the pub after a lengthy lock-in: one stumble forwards, two backwards, the occasional long pause to focus and repeated mutterings about being a test pilot for Airfix – neither pretty nor particularly intelligible. It does little to glorify the big fella either!

I’m not generally given to quoting, not that I’m averse to peppering everyday conversation with witty observations made by others, but rather that I have and absolutely appalling memory, however, seeing as how it’s you I’ll make an exception. It’s important to understand that I offer this in a spirit of fellowship and friendship amongst we spirited worship musicians:

“It’s frustrating when you know all the answers, but nobody bothers to ask you the questions.” Unknown

Let me share something wonderful with you (don’t worry, it’s not a rude joke). A lot of chart systems that shun traditional notation that I’ve seen mentioned on the World Wide Wossmichops, lack a basic, but extremely necessary, reference point – how long to play each chord (or note) for! Guitar Chord sheets are a perfect example: unless you know the melody, they’re patently useless. And most “homemade” systems appear weakened by the same genetic flaw. Except one! Let me introduce you to the Nashville Number System. I know it’s been mentioned on this website before (in fact, I’ve a vague recollection of me mentioning it somewhere here). It’ll be a fleeting introduction so don’t thank me yet, but I urge all non-sight readers to give it a sniff and see what you think. Invented, if that’s the right word, by Neal Matthews of Jordanaires fame in the 1950s. The system had existed in a simpler form in Nashville for some years previously, but was expanded upon by Matthews to help his vocal group cope with up to 4 studio sessions a day and subsequently further developed by country musician Charlie McCoy (Shame on you! His list of session credits reads like a 50 year Who’s Who of music: Elvis Presley, Simon & Garfunkel, Bob Dylan, Roy Orbison, Johnny Cash, Dolly Parton, Leonard Cohen, Willie Nelson, even Cliff Richard! I stopped counting when I got to 50 different artists on who’s albums he’s played. The instruments played by him on these sessions include, harmonica, bass, guitar, trumpet, saxophone, drums, organ, and that’s not exhaustive!)

The Nashville Number System is based around numbers, perhaps not surprisingly given it’s name, and is pretty much the only form of charting used in Nashville, arguably home to the greatest contemporary musicians in the world. Let me put it this way, if you don’t read “numbers” you wouldn’t get a jot of studio work there and probably very little live work.

Let me explain. I don’t wish to offend nor to patronise in anyway so please excuse me. I’m led to believe that the boy Chamberlain covers NNS in his Intermediate DVDs, but I’ll assume no prior knowledge for the purposes of this post.

A single number equals 1 bar. Split bars are represented by an underline, thus 4  5. This example means, therefore, if the key is A in 4/4 time, two beats of D and two beats of E. Unevenly split bars are written with hash marks above the number to determine the number of beats each chord gets:

There’s more, but this isn’t the place for too much detail. It’s a fantastic shorthand and quick and easy to communicate to one another. The authoritative book on the subject has been written by a chap called Chas Williams. More details on him, his book and the system can be found here.

I’ve written a second part on this subject which discusses the merits (there are no downsides that I can think of!) and the system in further details which we’ll post next week..