What on earth is contemporary worship anyway? 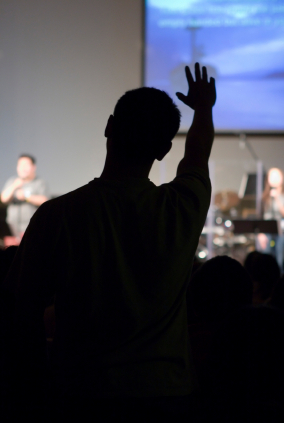 We had a challenging question posed by Nick Woodburn from Bedford UK where he asks us to describe the defining characteristics of contemporary worship music. Here is Nick’s preamble to his question.

“I have a question, loosely connected to the guest blog by Kim Gentes, titled “Has modern worship become corrupt?”
I could relate very easily to the descriptions he gave of the ‘old’ vs ‘new’ fight between the dominant styles of music in church. I am a leader in a church where, over the last 2 years, we have been moving steadily from the ‘old’ style of doing praise and worship to a new ‘contemporary’ style – a style which is – dare I say – championed by Musicademy.
On the whole I would say the last 2 years has been a positive transition, but of course, there are those who say they still don’t get it. We even have a few talented musicians (although heavily biased towards the classical end of the spectrum) who frequently ask the leadership to describe (once again) what ‘contemporary/modern’ worship music is all about and what differentiates it from the ‘old’ established (almost back to church organ) style.
So, my question is (to you, oh experts):
How would you describe what the defining characteristics of contemporary/modern worship music are? The emphasis being, in this case, on music style.”

For me this is an interesting question because we so frequently band about the term contemporary/modern worship, do we actually think about what it means? Even the words themselves imply something new or that hasn’t been done. Are we really implying that we have found a way of worshipping God that no previous generation has? And therefore is it better and are we better at it then the old stuff? Does that mean God likes it more? Or are we simply just talking about the style of the songs?

For the sake of understanding it might be worth thinking about separating the practices of contemporary worship from contemporary worship music itself. For the music portion of much material over the last fifteen years has been written on guitar and so follows chord progressions based around rock and pop influences with very strong melodic hooks and a general move towards very personal lyrics to God in the first person rather than singing songs about God in the 3rd person. We explored this in a recent post The Mandy Test – Romantic Lyrics in Worship Songs as well as this video clip from Matt Redman talking about similar issues.

Many of the writers actually aren’t classically trained so chord progressions are often simple, stay in key and utilise easy to play chord shapes. The influences are typically ‘sing along’ styles that heavily use major scale sounds (as opposed to minor scale) and don’t have long instrumental sections.
So really folk stuff like james taylor, textural rock and pop like U2 and even country, though many English writers would strongly disagree with the last one!

The upside of which means that musicians with limited skills and non musical congregational singers can grasp them with relative ease. Conversely singers and musicians who are very much in the classical vein sometimes have real difficulty playing pop styles as some of the skills needed like ear based improvisation, strict adherence to metronomic tempo, lack of extreme vocal vibrato and short clipping of lyrics are diametrically opposed to classical and  operatic musical skills and styles.
For the practices, people asking ‘so what’s different’? Do have a point. Essentially we are corporately singing songs to God, and for many churches that’s exactly what they do, just with more modern sounding music. So other than the style being more contemporary that’s basically it. There’s really not much difference and in some ways the worship part actually differs very little from ‘traditional’ worship.

For others it’s the bits between the songs and the way they are stringed together that is the reality of what they mean by contemporary worship.  A lot of churches (particularly in the UK) have been influenced to some extent by John Wimber and his Vineyard church movement.  They to a large extent popularised the concept of stringing together a group of songs into a seamless, uninterrupted block of sung worship. So often there is no stopping between songs, instead the main instrument segues between them to create a ‘flow’. This flow is really designed to help focus the mind of the worshipper without interruption, a bit like a musical meditation.  Songs are often chosen because of their similar keys, tempos and feels rather than being based on theme, advent or topic. Rather than have the minister choose and introduce the songs most churches that use this style use a worship leader to choose and/or manage the flow of songs, the overall feel of the music and help engage and focus the congregation towards God in worship. Some churches almost go as far as to see the worship leader as a type of modern priest who connects the congregation to God, while others would simply see them purely as a person to encourage the congregation to worship God in song.

I notice you said you have a few talented musicians that are biased towards the classical end of the spectrum. Does that represent the demographic of your church too? If it does there may be a couple of things to consider. Firstly they may not actually be able to play in a modern style. If so a modern expression might become an endurance exercise rather than a thing of beauty, peace and joy. Secondly many churches who feel the pressure to move to a contemporary style should first examine whether it is beneficial to them to change style? If the congregation as well as the musicians are more into classical music, and actually dislike a modern expression do you need to change at all? Alternatively it may be the expression of using hymns has gone stale and so a little bit of change would help people to come off autopilot and rediscover meaning in the lyrics. Conversely many of us who have grown up with modern worship could really benefit from the depth of sentiment and imagery in hymns.

It would be great to hear some other additions, or disagreements even, to this description – feel free to comment below.

Other posts you may find interesting:

Moving a church from traditional to contemporary styles of worship