Recommendations for mics with a large area pick up pattern 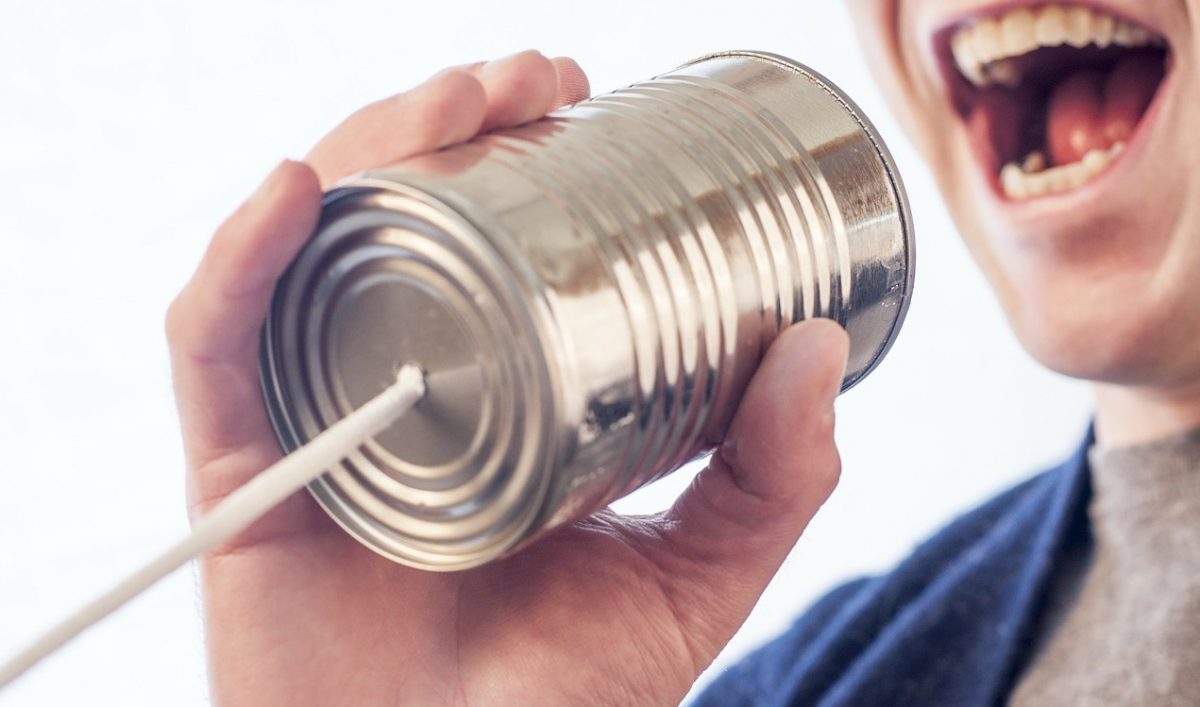 We had an email from Terry who works for the U.S. Federal Courts in South Carolina. He asks:

Do you have a recommendation for the best microphone for large area pick up pattern? I need to mic the gallery of a courtroom without having the individuals leave their seat to walk to a microphone. The wireless mic option is out.

One of our “resident” PA experts from SFL (with whom we are currently working on producing a PA training DVD), Patrick Smith replies:
Sometimes a seemingly short and simple question requires a long answer. This is an interesting one, not least because the answer actually touches on a number of topics which are relevant to a range of other situations many readers may commonly experience, for example mic’ing a lectern or choir.

The answer is going to depend a lot on what you want to do after the microphone. Is this for recording or is it for live sound reinforcement/amplification?

If this is for recording then any microphone with a wide cardioid or even omni-directional pickup pattern will do a reasonable job. You could look at boundary microphones (sometimes called “PZM” mics) which can be mounted discretely onto a wall or other surface in the vicinity of the gallery, examples would be the Shure B91 or AT U851A. For something you can stick up on a stand ad-hoc even a standard SM58 will do a fair job.

There are a few things you need to be aware of when doing this type of recording. The first is that any microphone with a wide pick up pattern like this is also going to pick up a lot of other noise from the room – people shuffling, rustling papers, coughing, footsteps, traffic outside etc. When we are actually present in such an environment we are incredibly good at shutting all those background noises out and focusing on the specific sources we are interested in, but when you record it (even though the mic records pretty much exactly what a person could hear) the separation from that environment when we play it back makes it much harder for you to do that. Your recording therefore will never sound as clean or defined as it would if you can get a microphone right up close to your source. The second is that due to level drop over distance, you will always have some discrepancies in the evenness of the recording as closer sources will sound louder. Again, in day to day life our brains are incredibly powerful at managing our perceptions of these discrepancies, but we lose that when we listen back to a recording.

If this is for live amplification, rather than recording, then we face a whole different set of challenges. The biggest is feedback.

Feedback occurs when the level of a source coming through the system is increased so much so that it arrives back at the microphone louder than the original source. Let’s look at some numbers to understand this:

How do we avoid this? The answer is that we can’t. Feedback will always occur. For any given system configuration there will always be a maximum gain before feedback. It is important to understand that this is a function of the gain of the system, not the overall sound level. In the example above the output level of the system remained constant, but the gain increased between the two scenarios because the input level decreased. We essentially have three parameters: the input level (determined by the acoustic level of the source and the distance from the microphone), the gain and the output level. The output level is defined by the listeners’ auditory needs (in this case we have set it at 70dB) and the gain is what relates input level to output level. To avoid feedback we therefore need to do one of two things: a) ensure high enough input level that gain is kept below gain before feedback, we can do this by increasing the source level (asking the person talking to speak louder – not always very effective) or by reducing the distance between the source and the microphone. b) increasing the gain before feedback point; this is a function of the system as a whole so a number of actions can help including things like changing the relative positions of the loudspeakers and the microphone (for example, positioning the microphone so that it is out of the principal area of coverage of the loudspeakers) or deploying a more directionally focused microphone.

This is probably not the answer Terry is looking for, seeing as he has asked for recommendations of a microphone with very wide directivity. Unfortunately the lesson here is that sound systems are, and always will be, fundamentally constrained by the laws of physics. Live audio is always a balancing act as we seek to find the best possible compromise between audio quality and a solution that meets practical criteria. Terry’s situation is a perfect example of this – there is a wide chasm between the solution that would deliver the best audio quality, and the specific practical requirements Terry has to operate within in the courtroom. Sometimes in a situation like this we need to accept that there is a fundamental ceiling to the achievable audio quality. In other instances we need to re-evaluate the practical criteria and look for areas of compromise. 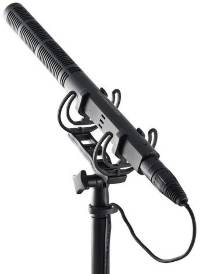 Terry might want to investigate using a number of directional mics – something with a hyper-cardioid or “shotgun” pickup pattern, for example a Rode NTG-1 or Sennheiser MKE 600. These type of microphones are commonly used in the film and television industry where they might be mounted on a camera or held on a boom (which must kept out of shot). The focused directivity increases the level of the source (which the microphone is pointed directly towards) in comparison to other background noise, improving audio quality when the microphone must be positioned at some considerable distance. These are also great for lecterns, where we know with reasonable confidence the specific area the preacher is going to be standing relative to the microphone when he talks. By deploying these cleverly it is possible to achieve coverage of a wider space, but still heavily reject sound originating from outside of that space, thus improving gain before feedback. The performance is further improved if you have a sound operator who can turn the correct mic on and off at the right times – this way you only need have a single mic live at a time, achieving even better gain before feedback.

Another solution would be a line-array-microphone, such as the Beyerdynamic Revoluto. The solution would again require a number of these. The ideal solution would be for an array spanning the full width of the gallery. This works similarly by controlling the directivity of the array so that it is strictly limited to the area people may be speaking from, but rejects noise from other directions.

Of course, neither of these solutions will achieve audio quality comparable to a single microphone right up close to the source; whether that be a microphone on a stand people walk up to, or a handheld radio mic that is passed around. It’s all about compromise.

Patrick Smith is Sales Engineer at SFL Group. Musicademy is about to film a PA training DVD with SFL which will be produced later in the year.

Mic recommendations for groups of singers

Mic recommendations for a choir

Ask the expert – How do you mic a school play?

Mic recommendations for a choir

Good mic technique can make all the difference

Ask the expert – how to mic a piano