Musicademy established a local music school in 2003. Progressing from live lessons in contemporary instruments, our worship guitar DVDs were launched in 2005 quickly followed by worship instructional DVDs in vocals, keyboard, bass and drums. Receiving international acclaim, the courses now sell all over the world and Musicademy tutors are now to be found running seminars at worship conferences and for individual churches.

Our online lessons, website resources and blog are a natural development of our desire to facilitate the quality of musicianship in churches across the world. Pictured below are some of the team and a local worship training day. 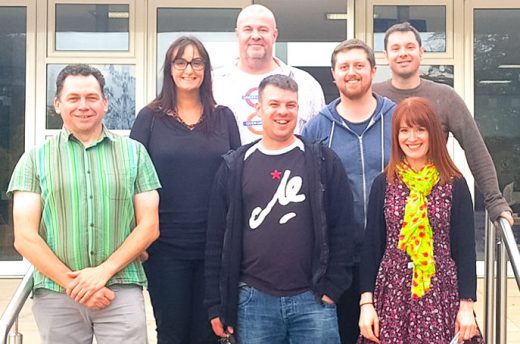 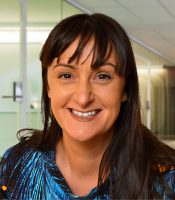 Marie Page is the Director of Musicademy and responsible for admin, business development and social media.

Marie is ably assisted in the office by Lindsay Bird who handles all the day-to-day admin and book keeping. 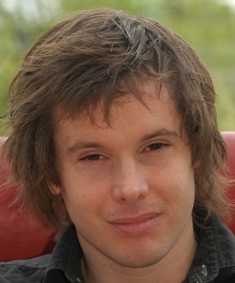 Andy Chamberlain is a co-founder of Musicademy and the presenter of the Musicademy Worship Guitar and Band Skills courses– students enjoy observing his varying hairstyles as the DVDs progress. Andy was trained at the Academy of Contemporary Music, has played at festivals such as Soul Survivor, New Wine, Spring Harvest and Spirit West Coast (US) and has worked with many worship leaders including Matt Redman, Tim Hughes, Martyn Layzell, Vicky Beeching, Viola and Lloyd Wade.

Jon is now a regular Vineyard musician and also plays at numerous Christian events and festivals. He is well known for his gear obsession frequently arriving to play in church with multiple amps and pedal boards.

Tim is a director of music at a church in Bristol. He is a graduate of the Theology, Music and Worship course at London School of Theology where he has also taught as well as working as a high school music teacher. Tim is a multi-instrumentalist and also leads Musicademy’s live worship training days.

Diana Stanbridge is a singer, songwriter, worship leader and vocal coach and teaches in Musicademy’s live training days. Originally from Denmark, Diana studied performing arts at The School of Creative Ministries under the leadership of David and Carrie Grant. She sang with the much acclaimed London Community Gospel choir for more than 6 years and is currently a part of Integrity artist Noel Robinson’s team of backing vocals. She has performed with, and recorded for, a long list of well known artists, both secular and Christian. Diana trained as a vocal coach and currently teaches at London School of Theology. She often runs choirs and workshops and feels equally at home in the community, the church or in big corporate companies.

Kate Silber (pictured right) presents the Musicademy Worship Vocals course as well as the Essential Vocals Warm-Up CD and downloads. Filmed while pregnant with Chloe, students will be glad to know that Kate did eventually have a baby – the trailers alone have provoked lots of YouTube discussion on the topic of pregnancy singing.

Kate was previously head of vocals at Nexus, Europe’s largest worship training college and has incorporated elements of the Nexus vocals course content into the Musciademy courses.

Deborah Clarke (pictured left above) was Musicademy’s first vocals tutor and features on the Worship Vocals course as a singing “student” and created the Musicademy Advanced Vocals Work-Out CD and Downloads. She is a multi-talented singer, songwriter who as well as gaining a distinction at the Academy of Contemporary Music, has written tracks and sung on a number of professional albums. Deborah is a Vineyard worship leader, and has also sung in the Musicademy function band.

Andreana Arganda teaches our Harmony and Backing Vocals lessons. Originally from California, Andreana has settled in the UK at Soul Survivor church where she has sung on over 50 live and studio worship albums with Matt Redman, Tim Hughes, Vicky Beeching, David Ruis, Casey Corum, Andy Park and many others.

Gayle Bamberger is one of the guest tutors on the Musicademy Worship Vocals course and taught extensively for Musicademy in live courses and seminars including some of our online video lessons. Gayle completed a Bachelor of Music Education at the University of Western Australia in 2002 and is also a graduate of the London School of Theology, Gayle is a native Australian but now lives in Harrogate, North Yorkshire, where she attends Hope Church and us one of the worship leaders there (but mostly mummy to 2 girls!)

Catherine White teaches singing for Musicademy both in local rock & pop courses and worship seminars. From choral beginnings she gained a vocal scholarship with the Berkshire Young Musicians Trust at 15. A London School of Theology, she has worked as a soloist performing most extensively in classical, musical theatre, and contemporary music. She has worked with choirs, jazz and swing bands, chamber groups and contemporary bands.

Nicki Rogers teaches on many of Musicademy’s live vocals seminars as well as our Band Skills and Worship Leading courses. She is an accomplished singer songwriter, who has recorded three critically acclaimed solo albums. As well as performing, Nicki is a seasoned Estill-trained vocal coach and has 12 years extensive teaching experience coaching in theatre schools all the way to higher education degree level and covering all vocal genres. She has taught professional singers and taken those who are just beginning their vocal journey through to become confident performers. She has worked alongside noted vocal trainers, such as Natasha Andrews (Chicane, Will Young, Madonna, Diana Ross) and teaches vocal practices inspired by TV’s Carrie and David Grant. She’s also provided backing vocals for a number of artists both on stage and on screen.

Jenny Moore teaches on a number of Musicademy’s seminars as features as a guest tutor on the Worship Vocals course. Trained by vocal coaches such as Stevie ‘Van’ Lange and Felicity Cook, Jenny is an accomplished session singer, performer and recording artist. She is a member at St Mary’s Marylebone where she also runs the Gospel choir.

Becca Burn has taught singing classes for Musicademy and is a guest tutor on the Worship Vocals course. Experienced in choral singing, chamber choir as well as contemporary and worship vocals Becca also has grade 7 classical qualifications in both piano and flute. A psychology graduate, she has also graduated from the Academy of Contemporary Music with a degree in live performance and vocals. As a keyboard player and singer Becca has many years of experience of involvement in worship including worship leading and youth work at Grapevine UK. She spent a year working with Youth for Christ touring the UK and Eastern Europe doing schools work and singing with the band TVB.

Lloyd Wade is a guest tutor on the Worship Vocals course focussing particularly on R&B singing styles and vocal development for male voices.

Colin Brookes presents the Musicademy Worship Drums courses. The “original” Soul Survivor drummer, Colin is much remembered for his blond dreadlocks which are now sadly gone. Colin works as an Anglican vicar in a church in West London and is married to Natalie (Deborah Clarke’s sister) and has two daughters. Colin’s brother Phil is the founder of the Academy of Contemporary Music, Europe’s leading contemporary music school, where many of Musicademy’s tutors have trained.

Paul Evans replaced Stew Smith as the Delirious? Drummer in 2008 having worked as the UK’s leading worship drum session musician for many years. As well as playing drums for worship leaders such as Tim Hughes, Ben Cantelon and Cathy Burton, Paul has taught for Musicademy and presents a number of guest lessons on the Musicademy Worship Drum courses.

Paul is the consummate professional drummer but in the pre-Delirious days we would take great delight in calling him about lunchtime to have the phone answered with a groggy hello.

We have worked with the professional sound engineering team at SFL Group to create our PA and Sound Tech course. The team are also to be found presenting at our local training days.

Tim Horton is Sales & Installations Manager at SFL Group. He has been responsible for more than 50 Church installation projects since joining the company in 2008, including: Holy Trinity, Brompton; Jesus House, Brent Cross; House of Praise, Camberwell; St Helen’s, Bishopsgate; Riverside Vineyard, Feltham; St Mark’s, Battersea Rise; and St Martin’s in the Field, Trafalgar Square. Prior to joining the SFL team, Tim studied at London School of Theology with a degree in Music, Worship & Theology, before going on to work full-time in a Church as part of the Worship & Tech teams.

Patrick Smith is a Sales Engineer for SFL Group, where he designs and manages audio-visual installation projects with a particular focus on churches. He has previously worked as touring sound engineer, audio systems technician, and sound designer with a wide range of artists including Michael McIntyre, KT Tunstall, and Jamie Cullum.